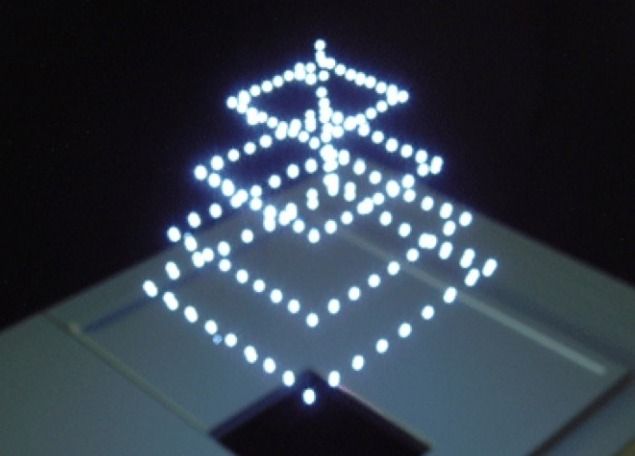 Japanese scientists have invented a 3D projection system floating in the air. The method is based on a laser which heats the air molecules locally to make them luminous. In the future, this technology could be used to display in the sky: commercials, urban signs or warnings in case of accident or natural disaster.

Many science fiction films depict futuristic cities where billboards and urban signs are replaced by 3D images floating in the air. Few days back, the Japanese scientists made a public demonstration of a a 3D projection system that can project 3D images in the air. The method, called Aerial 3D, is based upon a laser capable of generating up to 1000 pulses per second. Focused by a lens, it overheats the molecules of oxygen and nitrogen in a very small volume, to briefly transform these gases into a bright white color plasma, halfway between a spark and an LED light.

These light pixels are controlled by a computer to draw a three-dimensional image. Images can even be animated by synchronizing the laser shots. A video demonstration filmed by Reuters news agency helps us get an idea of the results. For the moment, the system can broadcast only five kinds of images such as fairly basic contours of an apple, a butterfly or a human form. “The most important feature of our technology is that we can focus the light on a point and emit light where we want” says Akira Asano, researcher and director of the company Burton at the origin of this innovation. 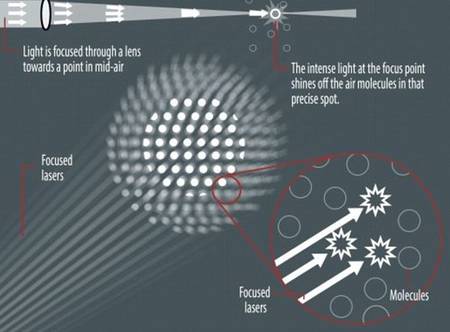 Burton has been working on this concept for several years, which is itself an evolution of work in 2006 at Keio University and the National institute of advanced industrial science and technology. A first prototype was unveiled in 2011, capable of functioning as both in the air and in the water. See the YouTube video below: 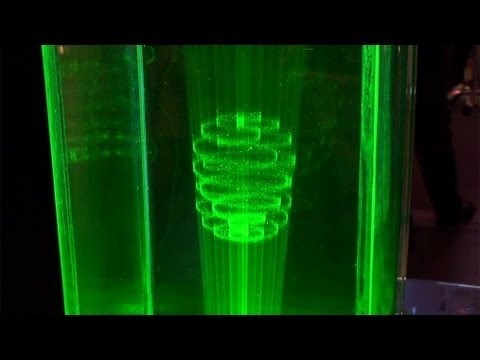 Currently, the projection is five meters above the device, but developers believe they can double that distance. Several types of applications are under consideration for this technology, ranging from advertising displays to urban signs or dissemination of information. The latter scenario could be relevant in case of natural disasters to warn people using 3D visual messages when communication systems are out of service. Burton says he wants to start discussions with Japanese companies and municipalities to deploy first practical applications from the start of next year.