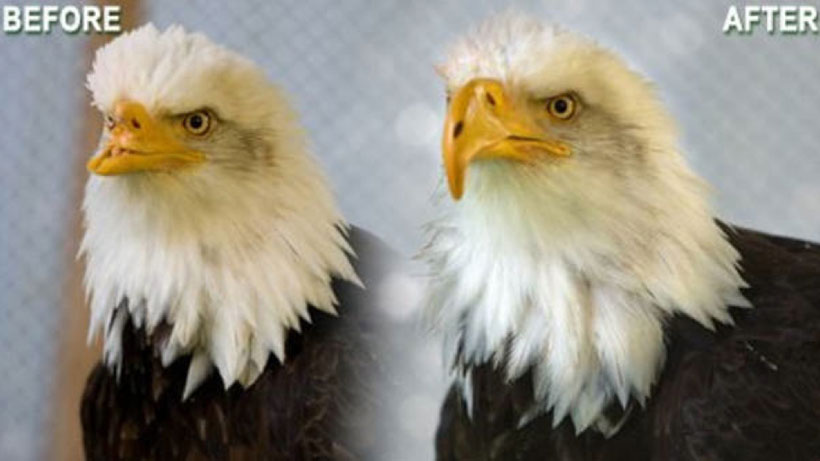 Disfigured by a poacher, a sea hawk has regained the use of his beak! All thanks to the perseverance of A passionate engineer and the innovative use of 3D printing to give the sea hawk a brand new beak!

With the passage of time the scientist and researchers are finding, newer and useful applications of 3D printing. 3D printing is also proving very useful for maimed animals. In 2005, Beauty, a beautiful sea hawk had its beak disfigured by a poacher. The rifle shot almost destroyed the upper half of its beak. As a result, the poor bird could not use its peak at all to feed itself.

Jane Fink Cantwell, director of  Kinetic Engineering Group, was moved by the fate of Beauty , as the bird could not survive for long on her own without constant human help. Hence, she sought the help of an engineer Nate Calvin, in the same organization, to make a prosthetic nose for the sea hawk. With a team of several scientists, doctors and dentists, Cantwell and Calvin spent more than 200 hours to design a 3D model of bionic prosthesis made ​​of nylon. And when the design was passed through a 3D printer, an amazing result was obtained!

Nevertheless, this prosthesis cannot guarantee that Beauty can leave to live in the wild world as before. However, one encouraging sign is that the beak has slowly started to grow naturally. Experts do not yet know if the beak will one day return to normal, but with this  new prosthesis Beauty is able to feed herself.

We are happy to see that Beauty is doing well! Another example of the benefits of 3D printing with possible application to humanity. Do you think 3D printers should be used primarily for medical purposes?