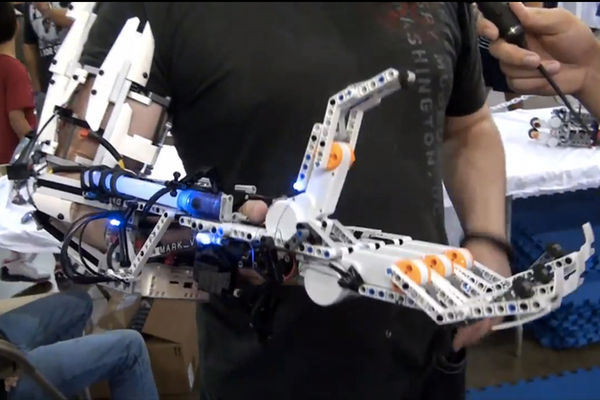 The LEGO creations never cease to amaze us. These small bricks have even resulted in some of the innovative and pioneering projects. Here, we show you the work of a LEGO passionate who has managed to make a completely functional robotic arm using LEGO bricks.

Diavo Voltaggio is the designer of this project. He has used a Lego Mindstorms kit EV3 to create an arm of the Cyborg. It has four buttons placed around the fingers of the wearer to grasp the objects. The hand has four motors to control the movements of the LEGO fingers. Pressing a button results in simulating a motor and hence closing of the corresponding finger. In this way, four fingers can be controlled. The Cyborg hand is powered using batteries. The exoskeleton has also provision for LED lighting and even there is a holder for a smartphone. On the downside, the arm draws lots of current and hence new batteries are required for the extended operation of the batteries. Recently presented at the BrickFair Lego conference in Virginia, the Lego arm called Mark VI, is the sixth version of its creator. 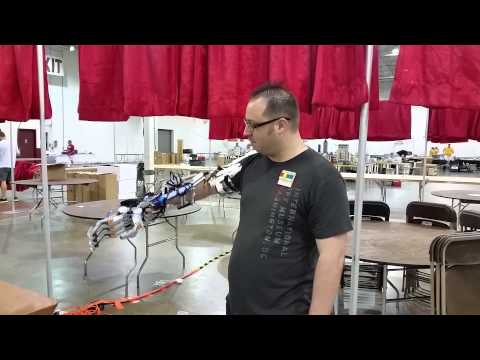 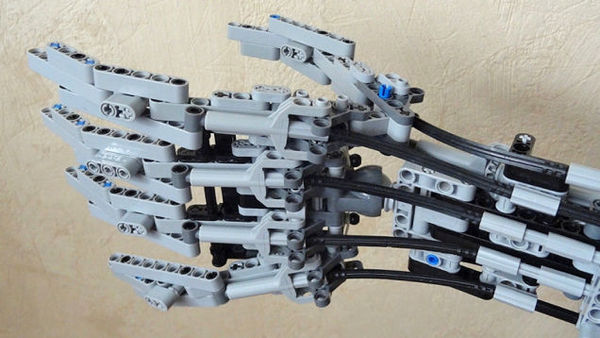 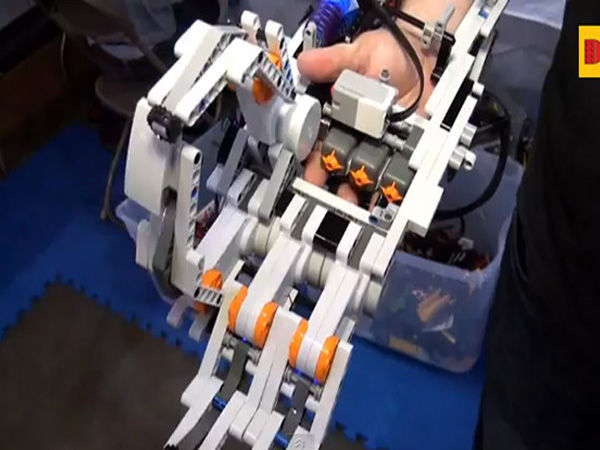 We are really impressed by the this robotic hand made entirely using LEGO. We would like to build one for ourselves. Did you think that it was possible to make such projects using LEGO bricks?