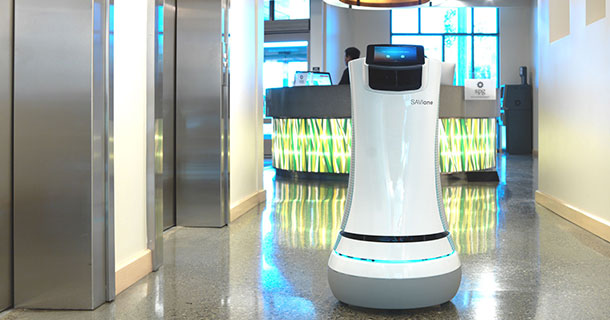 A rather unusual trial is being carried out in a hotel in California. A robot is providing room service to the hotel clients. If the trial is successful, the Aloft hotel chain plans to equip each of its hotel with one or two such robots.

During a recent findraising campaign by the the startup Savioke, nobody knew about the type of service robot it was developing. We only knoew through the voice of its founder, Steve Cousins that the Silicon Valley based company would use the to $ 2 million (collected in funds) to develop robots for hospitals, restaurants or hotels.

The startup has finally unveiled SaviOne, a service robot for hotels. It is equipped with all the necessary functionalities to perform room service like recognition, distribution and delivery of orders placed by the customers of the hotel. Thus, Savionei can carry towels, bedding, meals and other special order into any room. 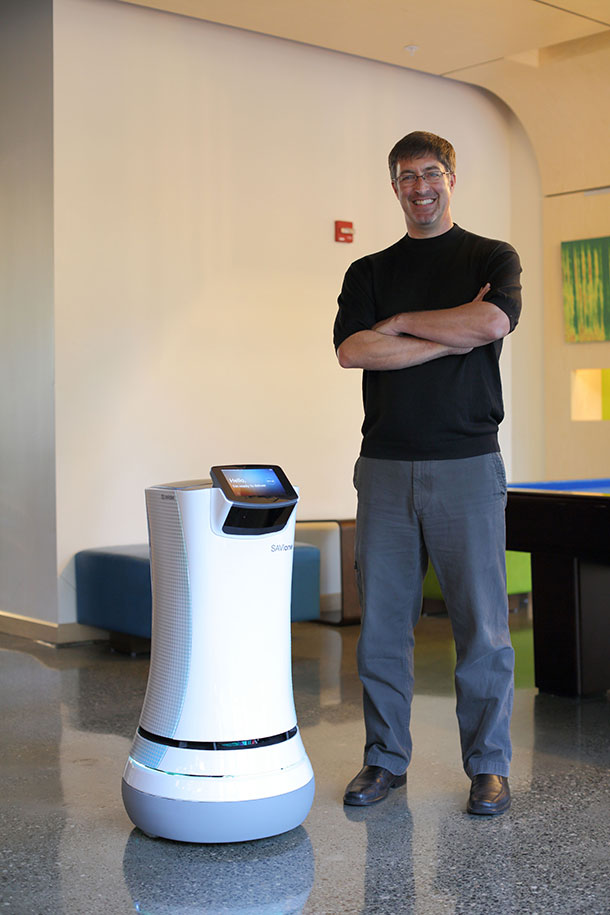 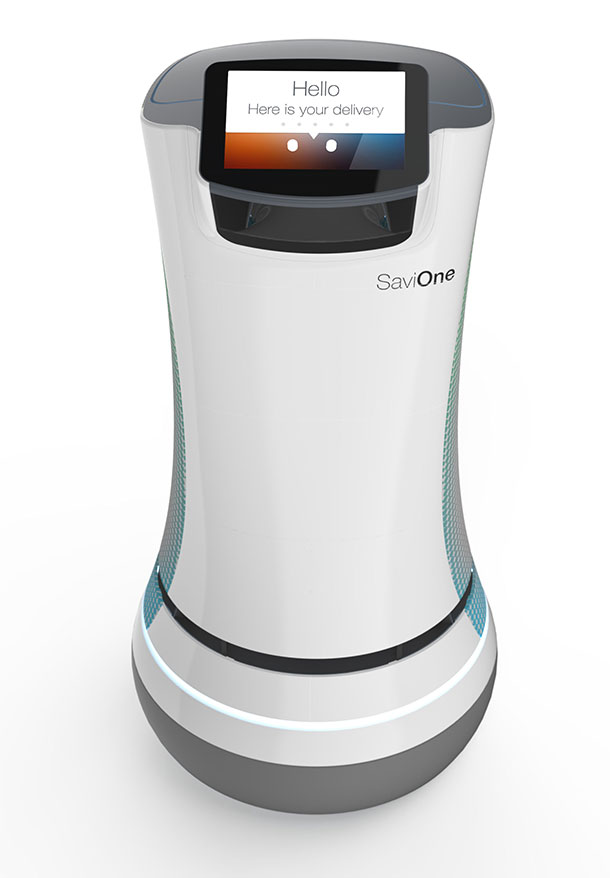 The robot is about 90 inches tall and weighs 45 kg. It moves at the speed of a normal walking man. The robot has three principal components: at its core is the open source robot developement platform TurtleBot with wheels to move around freely, a stylish hood and a small touch screen that serves as the robot’s face but also control interface.

For its test in the city of Cupertino, California, the robot was programmed for the specific environement of the hotel like colour and type of the elevators and the hotle layout etc.

If the trials prove that the robotic assistant is sufficiently useful, autonomous and profitable for the company Aloft. This may result in a revolution in the hotel industry. The robot itself is expected to cost several thousand dollars. Add to that additional cost of programming the report, specific to each hotels and cost of maintenance of the robot. If successful, other hotels in the chain Aloft may also use one or two such robots.

One thing is certain, Savioke is not going to stop there. The startup plans to adpat its robots in other service sectors like hospitals, restaurants, hotels, old age homes etc.