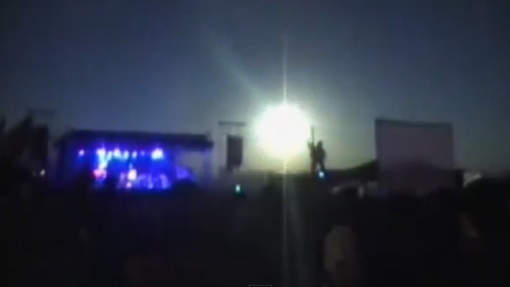 A strange phenomenon happened during a concert by the folk group “Los Tekis” in Salta, Argentina. The concert was in full swing when suddenly a green light appeared in the sky. Slowly, the light began to intensify and finally took the shape of a fireball before disappearing. The local media and the people suspect it to be a meteor. Some people reported that the ground shook when the light appeared. The fireball was also sighted in the city Santiago del Estero about 400 kilometers away. You can click on the video below to see this interesting event.