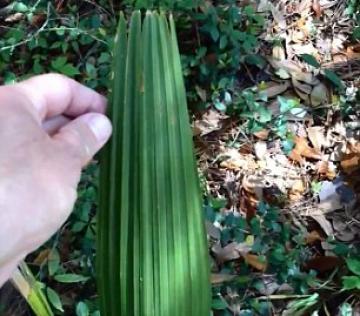 A couple of South Carolina was doing its routine walk in the woods when it observed a strange phenomenon. A plant was swinging vigorously while there was no wind blowing.

Jason Freeman and his wife were near the town of Hilton when they saw this plant swaying back and forth. The couple started filming it. “It’s crazy. Look how fast it goes, ” laughed Jason while he was trying to stop the movement of the plant with his hand, but as soon as he released the plant it quickly resumed swaying again.
This strange phenomenon can be explained by a study published in the American Journal of Botany entitled “oscillation frequencies of tapered plant stems”. This study was conducted in 2001 by researchers Hanns-Christof Spatz and Olga Speck. The key to this mystery are the extremely light winds that are imperceptible to humans, but which are able to move some plants.
Advertisement