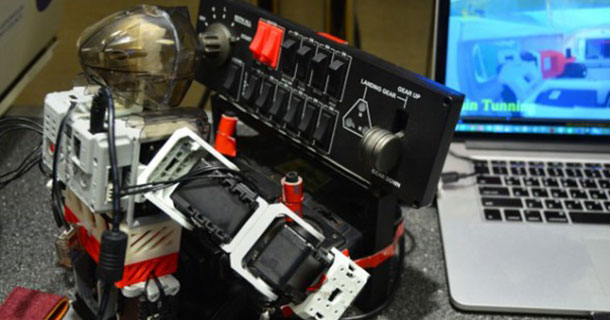 The humanoid robot is considered as one of the most complicated to make. The world around us has been designed and built by humans. Cities, infrastructure, apartments and furniture, everything is done so that a man can learn, evolve and develop in this environment naturally and safely. Thus, if a robot can start understanding our environement it can learn new skills and develop its capabilities. 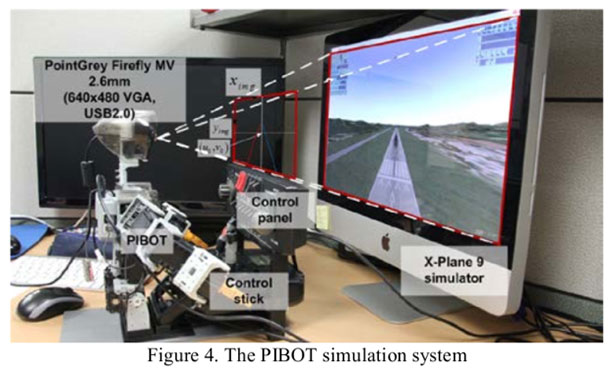 A South Korean team of researchers at KAIST have used a flight simulator to test fly a plane by a humanoid robot. They might well have developed an automated control software rather than make a robot literally take over the the flight controls. The system would probably be more accurate when adjusting the throttle, but putting a humanoid robot instead, can help us solve many more challenging than the mere accuracy.

The team presented PiBot at the last IROS Conference in Chicago in 2014. It is a small humanoid robot Bioloid Premium, which is sold around 1300 dollars. It has been slightly modified to be able to take controls of a flight simulator. PiBot is able to identify and use all the buttons and switches found in the cockpit of a small plane.

Most information is provided directly by the simulator (roll, pitch, wind speed, GPS position), but the robot uses computer vision algorithms to identify and position itself relative to the runway, for example. According to researchers, this is all PiBot needs to meet the flight regulatory authority requirements in the United States, the FAA.

Here”s a video demonstration of how PiBot is able to pilot a flight simulator plan in fully autonomous manner: 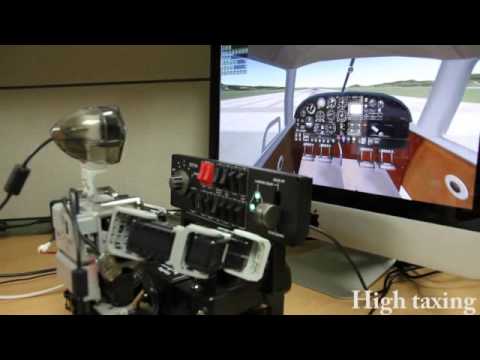 The robot is able to take off and land the plane by moving the controls just as a human pilot would do. This same approach could be generalized to other types of equipment normlly operated by humans but which can be operated by robots at a much lower cost.