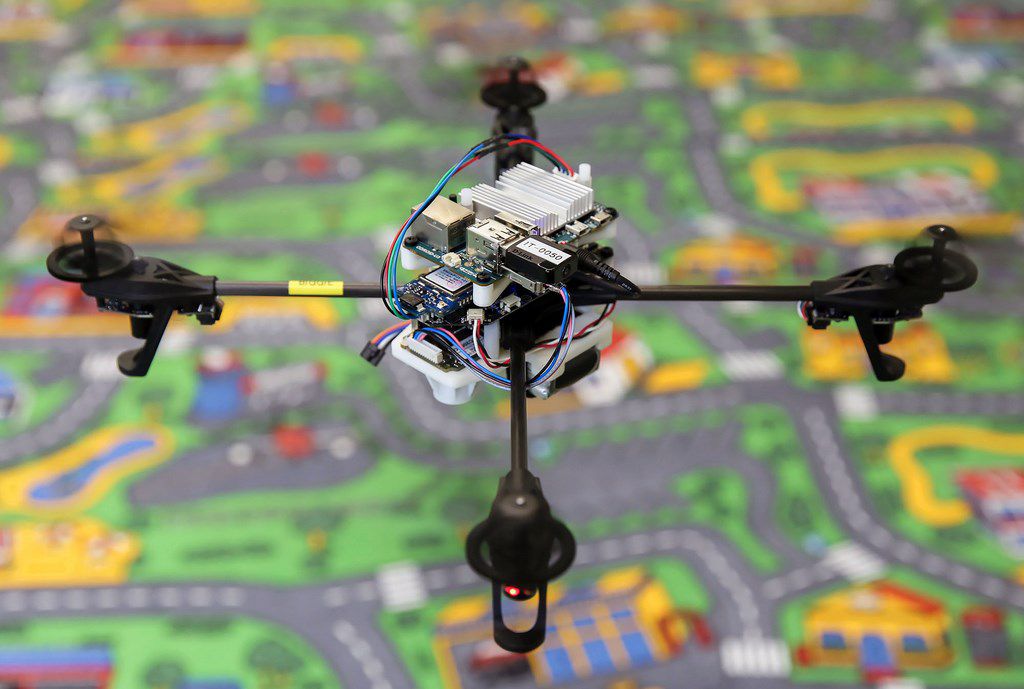 A team of researchers at the University of Zurich, Switzerland, has developed a technology that allows a flying drone to restore its position in any situation and land in case of emergency, just like a tightrope walker. An innovation that could help make future UAVs more secure by preventing them from causing accidents in case of technical failure.

At a time when the market for drones is booming, several companies are working on the concept of drones delivery system. Hence, the safety of these flying machines is a crucial issue. How to prevent a drone that suffered a technical failure from crashing anywhere and causing an accident or the risk of injury? It is precisely on this subject that researchers at the University of Zurich, Switzerland are working. They have developed a technology through which the drone can recover its balance in any position and land autonomously in case of problems like: loss of GPS signa, gust of wind, power failure, etc. With this system, it is even possible to make the drone take off by throwing it in any direction, as can be seen in this demo video posted on YouTube .

The drone is equipped with a camera pointed towards the ground, an inertial measurement unit that includes a gyroscope and a three axis accelerometer, a distance sensor and a software to view the analysis of data. Everything is controlled by a processor similar to those found on smartphones. When in stable flight position, the drone records the landmarks in the environment which it uses to recover in case of problems. “Our system works similarly to the tightrope. When walking on a rope, a static point is fixed in the environment and its weight is moved to redress the balance” , say the researchers who developed this equipment. The system is sufficiently efficient to be able to operate in confined spaces. And, given that the technology is based only on-board sensors, it works both outside and inside buildings. 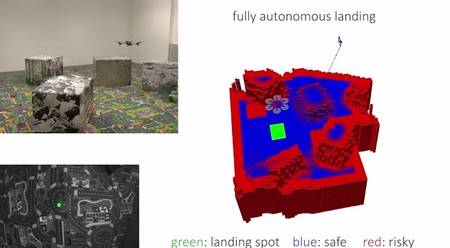