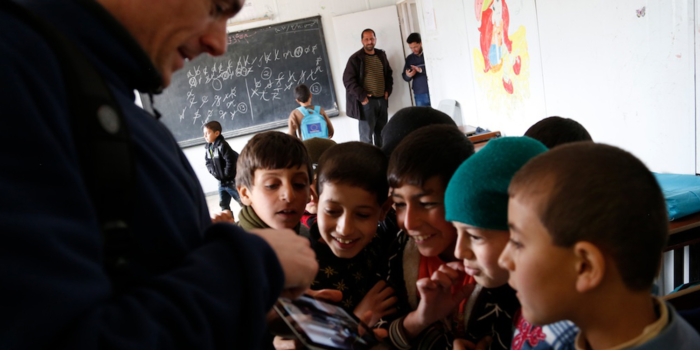 Yuri Milner and his wife Julia of the Breakthrough Prize Foundation recently pledged $100 million in donations to aid Ukrainians displaced by the recent war in the country. Three high-profile technology companies have joined them in the cause of helping Ukrainian and other displaced refugees. The name of the new initiative is Tech for Refugees.

Which Organizations Have Pledged Help to Tech for Refugees?

Yuri Milner announced Tech for Refugees in April 2022, with spokespersons for Airbnb, Flexport.org, and Spotify announcing that these companies would join the humanitarian effort. Here is what each organization has pledged to do:

The Yuri and Julia Milner Foundation initially launched Tech for Refugees to support existing programs and lend its support to new ones. Having the support of the Milner’s Breakthrough Prize Foundation allows the three organizations described above to provide important humanitarian aid promptly.

Yuri Milner speaks for himself and his wife when he describes feeling devastated by the ongoing suffering of the Ukrainian people. He feels that partnering with some of the world’s leading technology companies is the best way to offer practical advice to people who have had to leave their country of birth due to war and strife.

Who Is Yuri Milner, and What Is the Breakthrough Prize Foundation?

Yuri Milner is a technology investor and philanthropist in the science field. DST Global, a company he founded, invests in some of the largest internet companies in the world.

As people who believe in the power of science education to change lives, Yuri and Julia Milner launched the Breakthrough Prize Foundation to support mathematical and scientific research. They hoped that the foundation would help to educate future generations about math and science, particularly as it relates to physics, space exploration and the nature of life.

Yuri Milner and his wife Julia started the Breakthrough Prizes in 2012 with assistance from Mark Zuckerberg, Priscilla Chan, Anne Wojcicki, and Sergey Brin. Breakthrough Prizes are the largest scientific awards in the world. Every year, the foundation bestows honors on people who have made recent contributions to life science, fundamental physics, or mathematics.

The Breakthrough Junior Challenge allows students between the ages of 13 and 18 to submit a 90-second video explaining a complex scientific topic in simplified terms. The winner receives a $250,000 college scholarship and a $100,000 donation to the renovation or addition of a science lab at their current school.

Yuri and Julia Milner joined with approximately 40 other extremely high net worth individuals in August 2010 to become part of The Giving Pledge. Signing the pledge means they have publicly stated they will donate most of their wealth to philanthropic causes throughout their lifetimes.