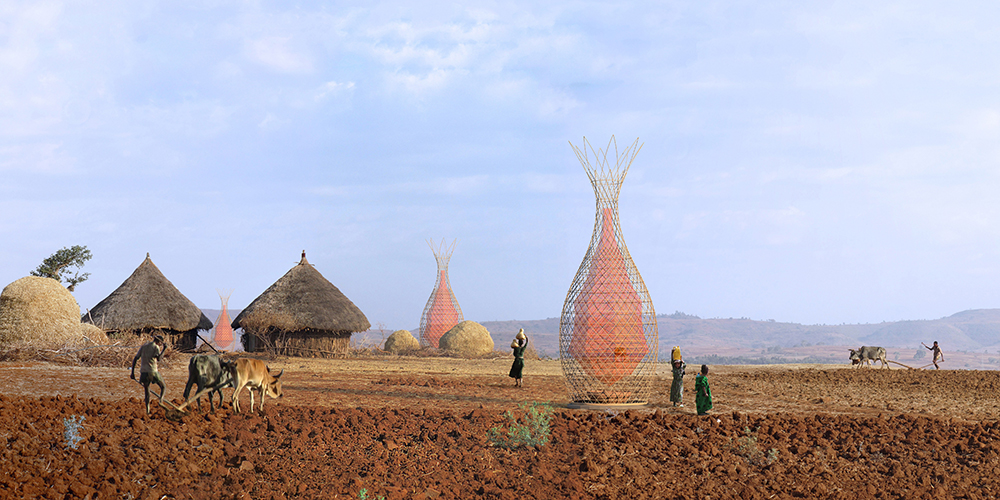 Water is the most essential part of human life. Africa has been facing the lack of water due to its harsh climatic and geographical conditions. Without water life is impossible and Africa’s condition is miserable. To overcome this deficiency, an Italian scientist has invented a bamboo basket which can pluck water from the air. This is a basket shaped bamboo structure about 30ft in height. The idea behind the structure is to condense the water from thin air and fog in the morning. This structure is aimed to provide water to the villagers of far-flung areas of Ethiopia. The inventor hopes that his creation will serve the humanity.

This basket named as WarkaWater has a specially designed fiber material that sucks the water from the air. The WarkaWater project has started to be used in Ethiopia where women and children have to walk couple of hours to get the water daily. The warkawater is aims to end the thirst of Africa.

The inventor of  WarkaWater, Mr. Arturo Vittori says that his efforts to provide cleans drinking water are a part of his efforts to have an environmental friendly and sustainable financial as well as social development of planet earth. Once local craftsmen in these far flung communities learn making these towers, then this competence will be spread to other neighbouring communities.

Bamboo tower can be erected within a week with a workforce of 4 people making the use of the locally available material.  The cost of the structure is only US$550. It has many a things to offer such as to illuminate at night, an LED light is also provided. This LED light is powered by sunlight and even can help the students to study at night time. The designer vittori is hopeful to see at least two structures in Ethiopia by the end of 2015. Vittori is searching for financers who could help him out in turning his dreams into reality. The tree-inspired structure might become the source of social gathering for the villagers as well. 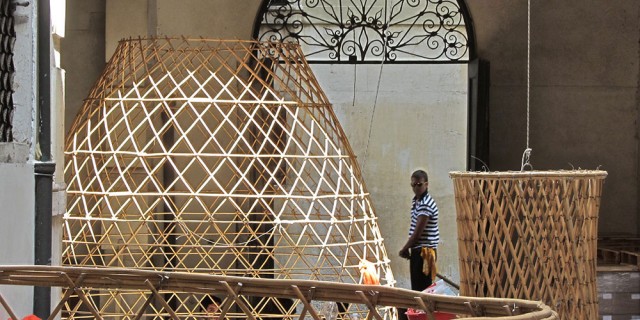 The structure is very lightweight and can be installed easily. It can be transported from one place to another even on the donkey carts.