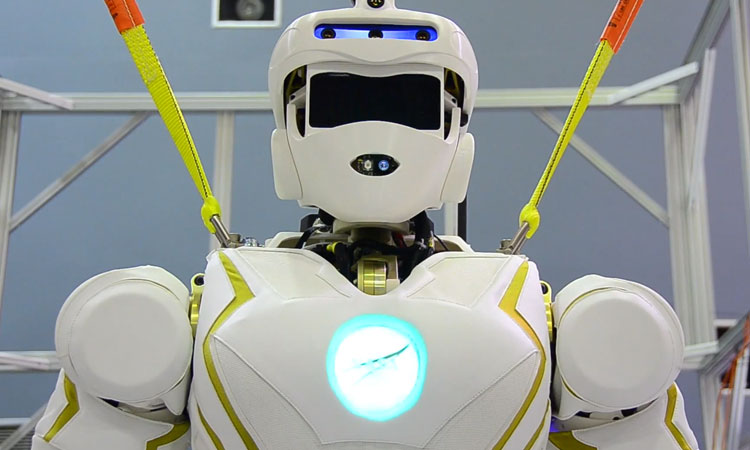 Advertisement
The NASA experts have come up with a new idea to save human lives in case of natural disasters: Build a superhero. But for that purposes you have to build a specialized robot that can brave the difficult conditions  during collapses or earthquakes.

Wishing to constantly keep the robotic experts busy in coming up with new innovative ideas, the experts in robotics at DARPA, the U.S. defense agency for advanced projects, organizes several competitive challenges each year. Each time, it forces the inventors and engineers to push the limits of engineering to its limits. Of course, in addition to the entertainment value of these competitions, these robots must have also have some specific goals, whether military or simply dedicated to the betterment of general population.

The  DARPA explains its objective for its latest robotic challenge: “The main technical objective is to develop ground robots capable of performing complex tasks in hazardous environments. The Competitor should focus on robots that can use the standardized tools and equipment in such environments, with an emphasis on smooth and easy adaptability to these tools. “ 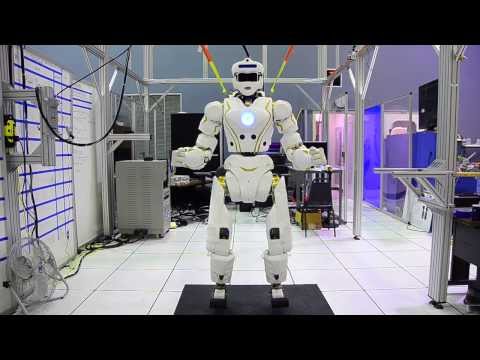 It is in this context that the project Valkyrie has been launched by NASA. The researchers at NASA who invented this robot want it to look very special: it is humanoid, 1 meter 90 tall, weighing 125 kg and very much looks like as Iron Man, as you can see from the video and images. Valkyrie has a bright circle on its chests, which is highly reminiscent of the Tony Stark’s armor.

Valkyrie is a fully modular robot, it means that its body parts can easily be removed and replaced if they malfunction. The joints have been designed to be very similar to those of a human being. It is equipped with a multitude of cameras that allow the operator  to analyze the area. There are even cameras on hand to have a better grip of the objects, in particular to save the human lives at risk in case of natural or industrial disasters (fires, landslides, storms, etc..). 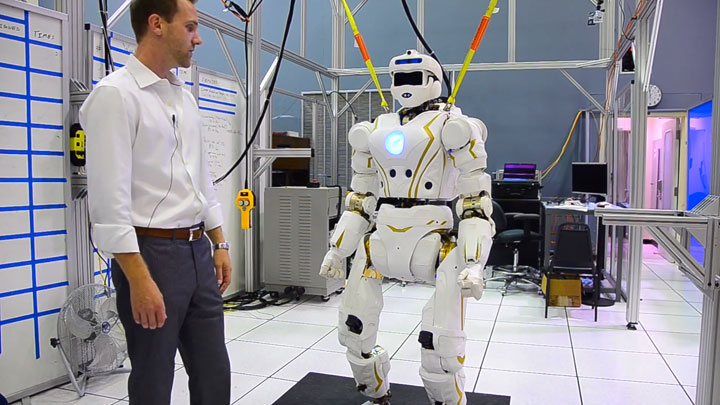 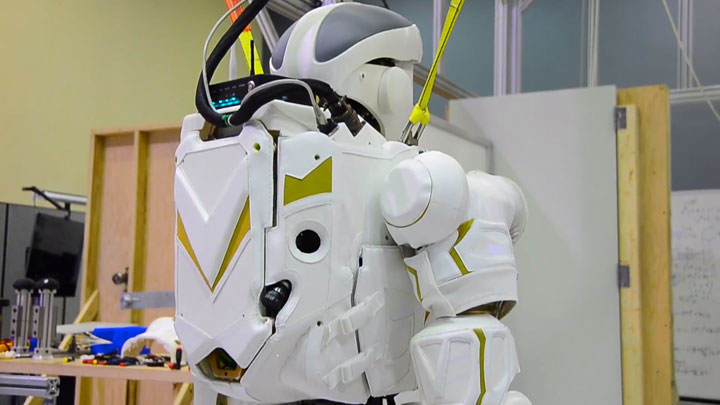 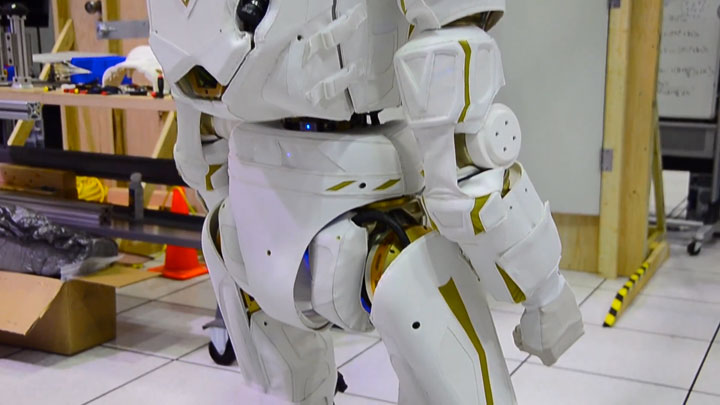 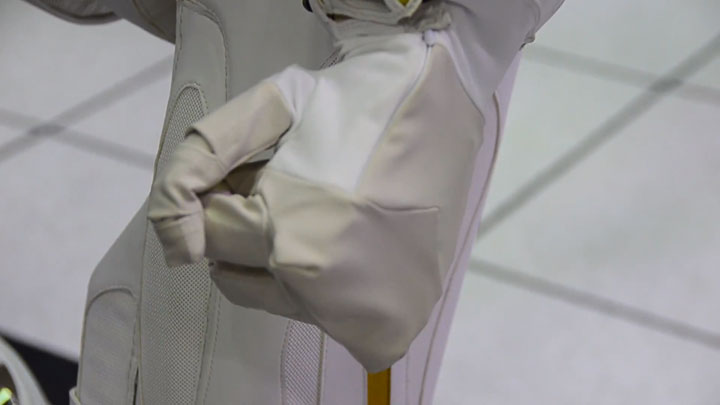 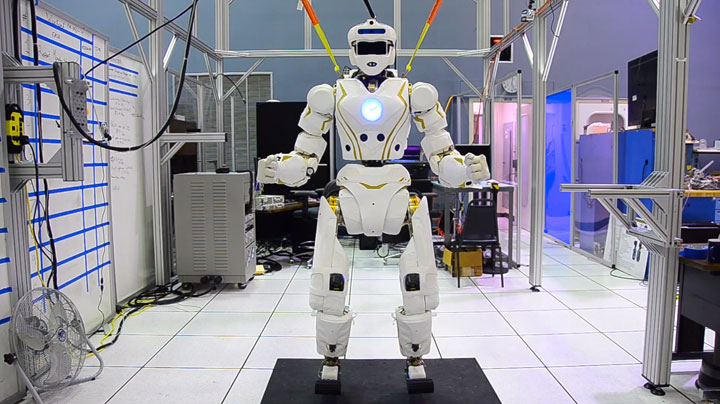 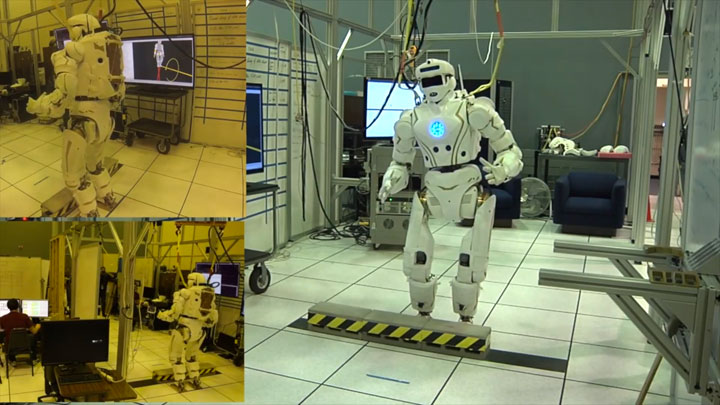 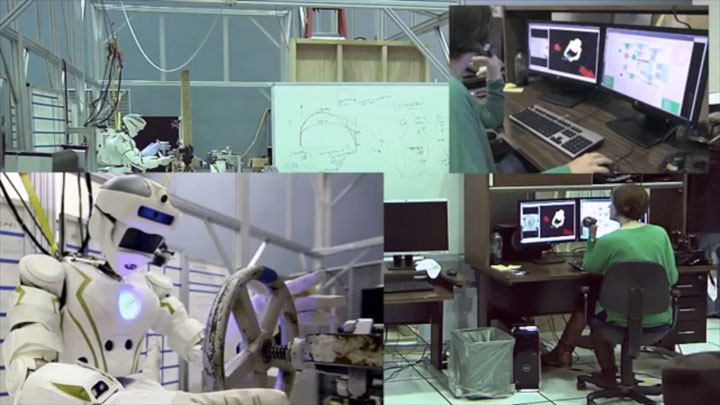 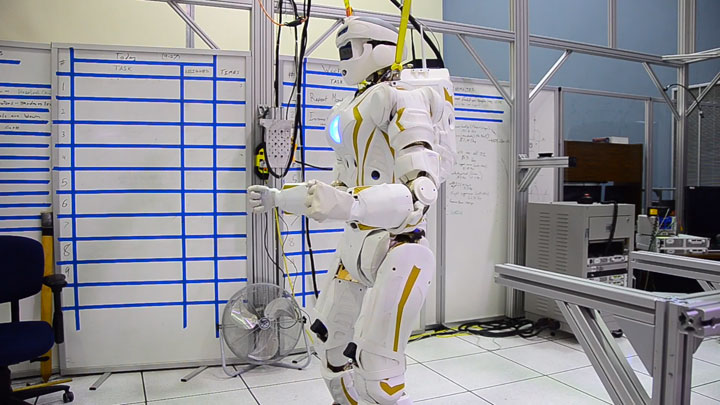 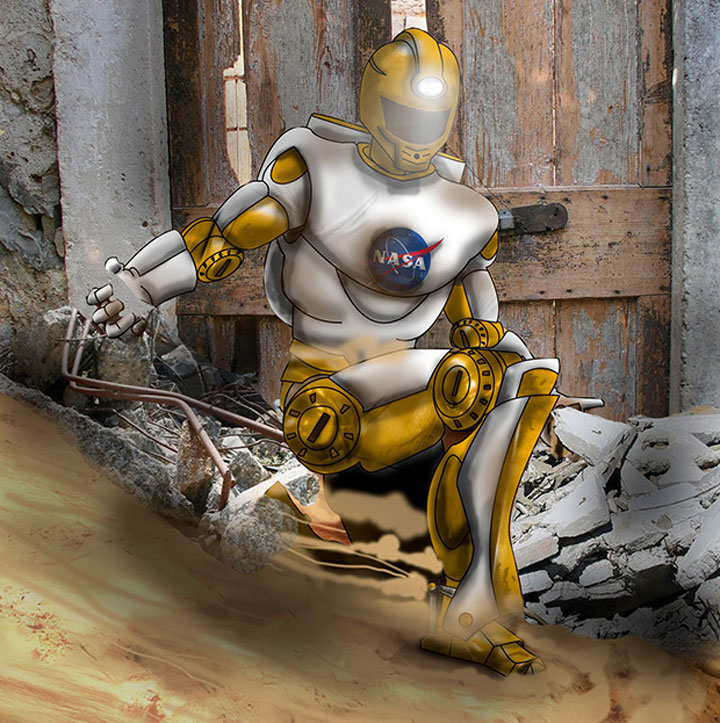 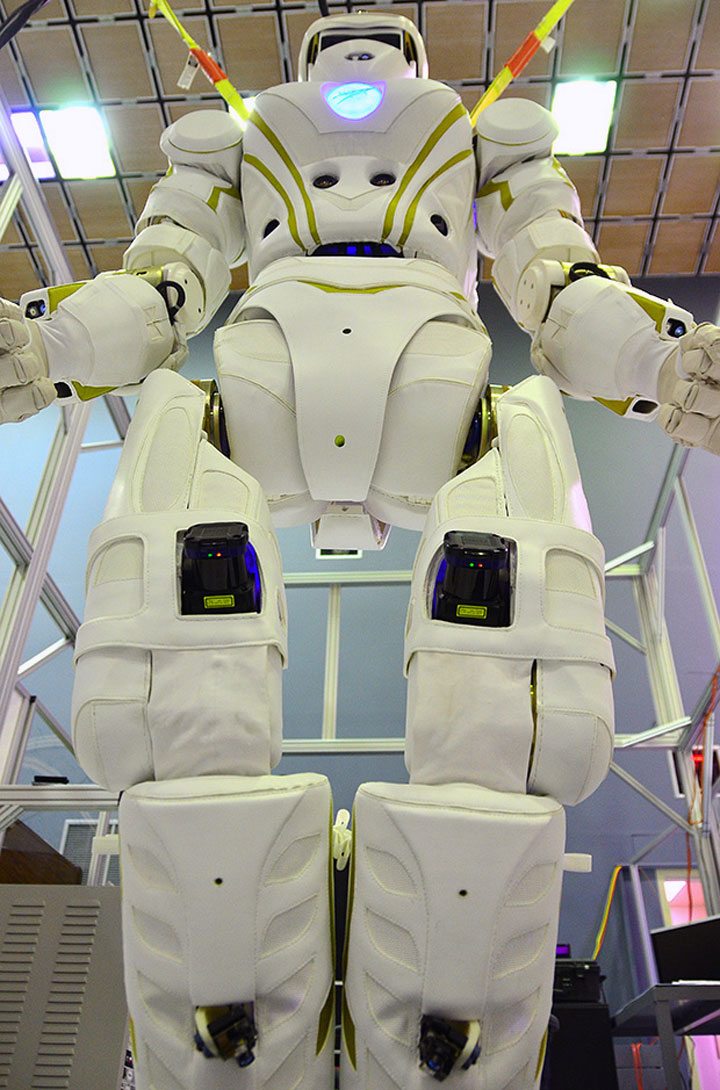 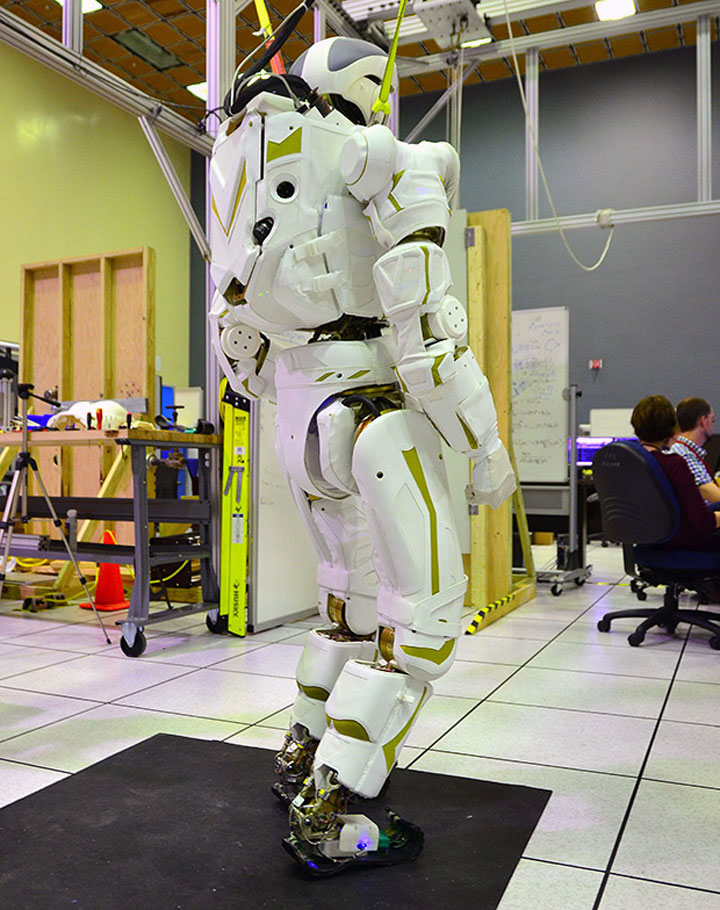 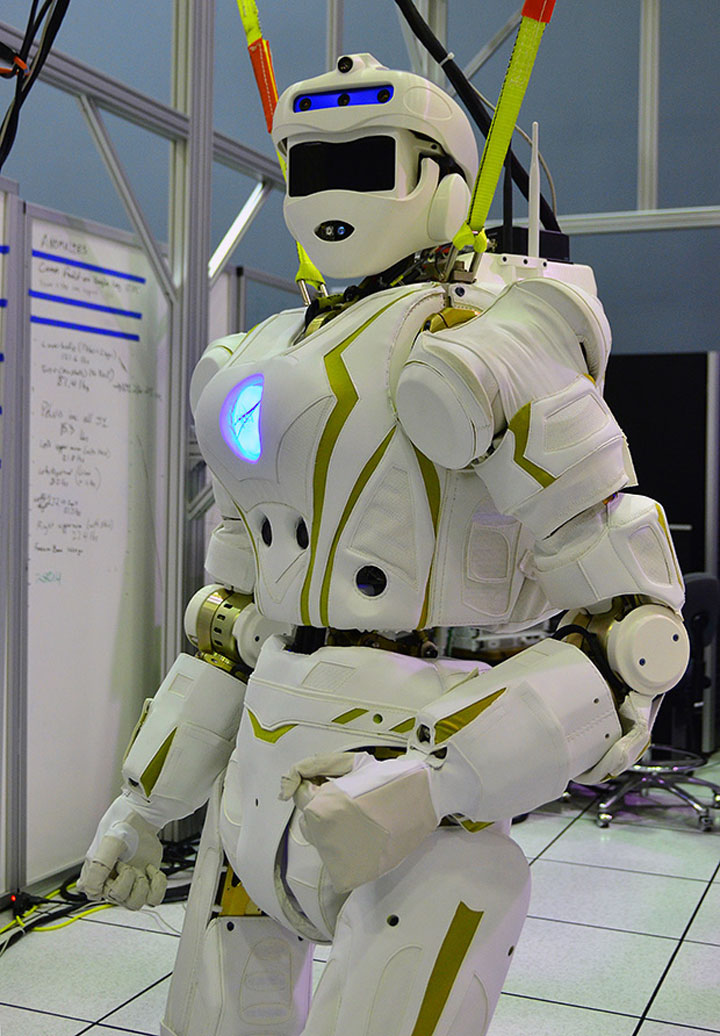 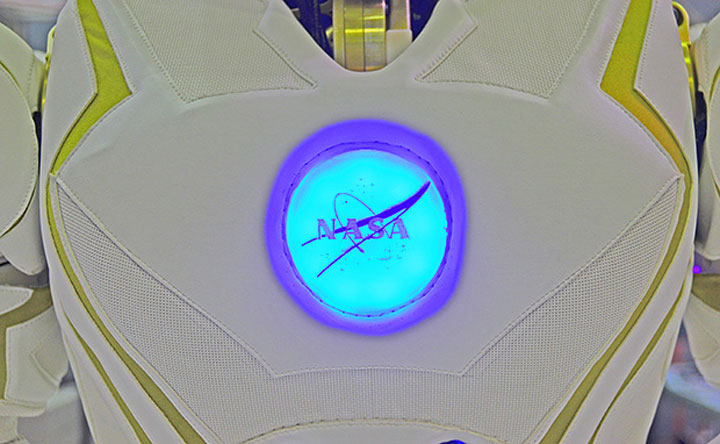 Advancements in the field of robotics are coming very quickly and we think it is a good thing that such kind of robots are being designed. Unfortunately, they are still far from being able to save lives because for now they are just experimental  prototypes. Would you like that Valkyries roam the streets in your town to save the people if anything happened?