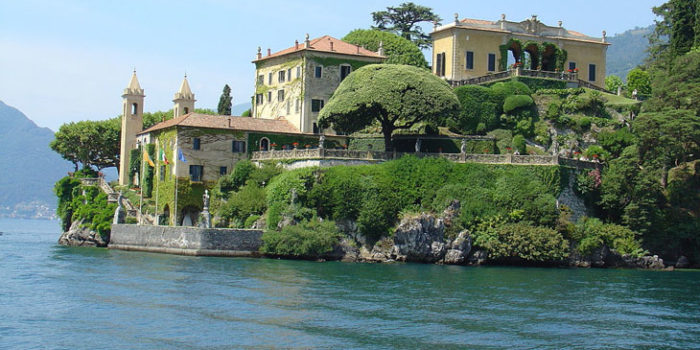 In a very distant galaxy, very very distant, the story of Star Wars unfolds. Through many planets, which have become emblematic, we discover the story of Luke Skywalker, Leia Organa, Han Solo and Chewbacca. From Tatooine, the original planet-desert of the Skywalker family, to the forest moon of Endor where the Ewooks live, and via the planet Hoth, discover or rediscover the locations of the Star Wars films .

Star Wars films marked their era and many generations. Indeed, at the end of the 70s, the trilogy of George Lucas had caused a sensation thanks to an extremely well constructed and developed universe, but also thanks to sensational special effects of the time. Many models have been used in the studio to reconstruct the galactic battles between Rebels and the Empire.

But what also makes Star Wars such a remarkable film is the number of different locations. In total, the Star Wars universe has almost 30 different filming locations. Whether in Tunisia, California, Norway or Guatemala, the film crew explored many wonderful corners of our own planet.

TATOOINE IS FOUND IN TUNISIA AND CALIFORNIA

Tatooine is certainly the planet of the most famous Star Wars galaxies. Indeed, it is the birthplace of the Skywalkers. Anakin Skywalker lives there with his mother Shmi and Luke Skywalker was raised on the same planet. In addition, Jabba the Hutt is none other than the leader of the Desilijics whose “palace” is located on this desert planet. You certainly knew that the Star Wars film crew had chosen a city in Tunisia to film the scenes taking place on Tatooine. And this city is none other than Tataouine in Tunisia .

Indeed, to give life to this planet where the men of the sands live, George Lucas decided to go to Tunisia and to highlight the atypical houses of the Sahara Desert. The sets of A New Hope and The Phantom Menace are therefore typical and historic Tunisian constructions. Besides, the farm of the Lars – those who raised Luke – is located in the village of Matmata and is none other than an old Berber house. Unfortunately, this region has become a zone of tension, and the desert has also regained its rights over human constructions. Although locals were keen to save the homes, some homes were destroyed. But you can still stay in the Sidi Driss hotel, which served as a filming location for The Phantom Menace and The Attack of the Clones .

However, not all the scenes to illustrate the planet Tatooine were filmed in Tunisia. Indeed, in the first trilogy, the Valley of Death also served as a natural setting for the famous planet. When R2-D2 is attacked by the Jawas, in A New Hope , the scene takes place in the canyons of the Death Valley. The same is true when Luke, Obi-Wan, C-3PO and R2-D2 observe Mos Eisley from afar.

MUSTAFAR OR ETNA IN SICILY

Even though we only see it in few Star Wars movies – Revenge of the Sith and Rogue One – Mustafar is extremely important in the Star Wars universe. Indeed, it is on this planet that Obi-Wan and Anakin fight in episode III, and that Darth Vader “is born”. But it is also the planet on which Darth Vader decides to install his palace, as we can see in Rogue One or in the comic book Darth Vader: The Dark Lord of the Sith . If almost all Mustafar is made of synthetic images, you should know that a team was still specially sent to Sicily to film the lava flows of Etna, in 2002.

HOTH, A SNOW-COVERED PLANET IN NORWAY

Hoth, the ice planet with its three moons, gave the film crew a hard time. Indeed, for some scenes, the whole team went to Norway, and more precisely to Finse, on the shore of Lake Finsevatnet. Other scenes were filmed on the Hardangerjøkulen glacier. The climate was so harsh that the film crew filmed through the window of the Finse 1222 hotel .

It was therefore in March 1979, with temperatures approaching -30 ° C, that the Battle of Hoth was filmed. Indeed, the shots of the Rebels fighting on the ground or when Luke sees the Millennium Falcon take off take place in Norway. If you feel like going there to live the “Star Wars Tourists” experience, you can go to the Markdermul website for all the details and contact details for the filming locations. Of course, the best is to be accompanied by a guide.

THE FOREST MOON OF ENDOR: THE EWOKS LIVE IN REDWOOD NATIONAL PARK, CALIFORNIA

For the Battle of Endor, the film crew of George Lucas went this time, a little less far. Indeed, the battle of Endor between the Rebels, helped by the Ewoks, and the Empire was filmed in Redwood National Park , in California. With the largest redwoods in the world, this park offered George Lucas a place totally corresponding to the habitat of the Ewoks, the forest moon of Endor. In addition, the spider chase sequence took place at Cheatham Grove. Redwood National Park and its lush vegetation also served as a filming location for Jurassic Park: The Lost World by Steven Spielberg.

NABOO, THE CAPITAL OF LAKE COMO IN ITALY

In the Chommell sector is a planet called Naboo. It’s a planet on which humans and Gungans, amphibious creatures like Jar Jar Binks, live in harmony. It was therefore necessary to choose a place with a large amount of water and a magnificent palace to perfectly represent the planet Naboo, the birthplace of Queen Padmé and Palpatine. For this, the film crew had to travel again.

Indeed, if the scenes of Padmé and Anakin on the balcony of the Palace of Theed were filmed in the Villa del Balbianello , on the shore of Lake Como, in Italy, the interior of the palace is that of the Palazzo Caserta, in Seville. Likewise, the plans for the city of Theed were recorded in Seville, more precisely in the Plaza de España . Regarding the sequences in the forest, the film crew went to the forest of Whippendell Wood , in the park of Cassiobury, in England.

Let’s stay in Europe and leave very close to England, in the direction of Ireland. In the last trilogy, Rey goes in search of Luke Skywalker who has retired from the world like a real hermit. It is therefore on the rocky island of Ach-to that Luke found refuge, and this island is none other than Skellig Michael , in Ireland. Do not expect to find Porgs there but rather vestiges of the 7th century, the famous stone dwellings of the Caretakers. Besides, the island is open to tourists. Of course, all the scenes taking place on Ach-to were not filmed on Skellig Micheal but mainly in studios.

YAVIN IV, THE REBEL BASE IN THE MAYAN LANDS

Yavin IV is the main rebel bass. Indeed, after having abandoned Dantooine, the Rebellion decided to settle on this moon, the patrols of the Galactic Empire never passing through this corner of the galaxy. However, the Empire did not end up discovering the presence of the Rebels, and thus began the battle of Yavin in A New Hope .

With a dense tropical forest and magnificent and gigantic Mayan pyramids, the city of Tikal in Guatemala is undoubtedly the perfect place to represent Yavin IV. Today, this city is listed as a UNESCO World Heritage Site . A historic site to preserve that you can still visit .

PASAANA, THE DESERT PLANET OF JORDAN

In the last episode of Star Wars, The Ascension of Skywalker , Rey, Finn, Han Solo, Chewie and company find themselves on the planet Pasaana during the Ancestral Festival. For part of the sequences, the team therefore left for Jordan, in the Wadi Rum desert. This desert also served as a backdrop in Rogue One for the Jehda moon.

Also in the last trilogy, and even in episode IX, Rey and Finn are looking for the Sith “GPS” on another Endor moon: Kef Bir. The Death Star crashed in England, at Ivinghoe Beacon. Where several shots were also taken for the Harry Potter saga .

KASHYYYK IS LOCATED IN THAILAND AND CHINA

We have seen above where the Ewoks live. But where do the Wookies live? On Kashyyyk, of course. The mountains of Guilin in China and Phang Ngan Bay in Thailand were chosen to be the backdrops for this planet in Revenge of the Sith .

But the list of filming locations does not stop there. Indeed, in addition to the many studios in which the film crews went, the latter also went to Puzzlewood, England, or even Switzerland, Abu Dhabi and even Iceland. In thirty years, the actors and film crews of Star Wars have ended up touring the planet.