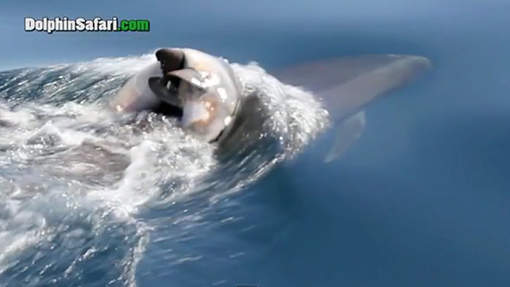 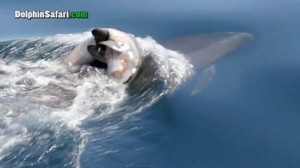 The enthusiasm of the tourists who went to see the dolphins playing in their natural habitat quickly waned, as instead, they attended a real funeral procession.

Some of the tourists who came to Dana point on the southern California cost were stupefied to see the funeral. This surreal event was captured on video camera, uploaded on YouTube and then diffused by HuffPost. An adult dolphin was very hardly swimming with the dead body of her baby on the back.

Captain Dave Anderson who had not seen such an event in twenty years of his maritime carrier, said, “It is possible that this baby had been dead for days, even weeks, you can see that the flesh is decaying. I’ve never seen something as moving as this mother who refuses to let here poor little baby go “.  “The last thing I expected was to attend a funeral,” a tourist on the boat said, “It is very heart touching to see and feel sensitivity of the emotions of these animals.”

The mother and dead baby were surrounded by other dolphins, as if they were protecting them. This dolphin was again seen an hour later by another boat and the corpse of little dolphin baby was still attached to the fin of the mother.

Video of the event can be seen here.