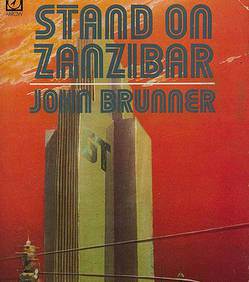 John Brunner wrote his science fiction novel “Stand on Zanzibar” in 1969. Set in 2010, he described our lives today with a surprising precision.

Science fiction novels help people escape their daily lives  into an imaginary world. However, many times fiction becomes a reality after many decades. One such novel is “Stand on Zanzibar”  by John Brunner. Written in 1969 and set in 2010, the plot of the novel though entirely fictional, is a representation of today’s geopolitical and social situation.

The literary website  “The Millions”  lists the prophecies that predicted the future 40 years ago. From the election of Barack Obama to the use of printers, discover these amazing prophecies.

– The Zanzibar is headed by a popular elected leader Chairman Obomi. Five letters and the sound seem familiar to us. Since 2008 Obama is the president of the USA.

– The biggest source of instability and violence comes from terrorists. In reality, September 11, 2001 is still fresh in our memories.

– The United States is no longer in competition with the Soviet Union but China. These two superpowers now face one another at economic, commercial and technological level, rather than military level.

– Europeans have formed a union to improve their economic prospects and influence the world business. Britain remains outside of the alliance and tends to side with the United States.

– Africa still lags behind other continents in terms of development. The Israel is the main source of tensions in the Middle East.

– Homosexuals and bisexuals have become more acceptable to the society and are not afraid to show.

– A drug to enhance sexual performance has been in the market and we even dare to make it commercial. In fact, Viagra is available since 1990’s.

– Marriage is on the decline and the younger generations prefer short-term relationships without a formal commitment.

– The TV channels have become global thanks to the satellite. It is even possible to watch an old broadcast and replay it.

– The aircraft seats are equipped with television screens on which passengers can watch news or videos.

– The Cigarette has been marginalized by the authorities while Marijuana is going to be decriminalized.