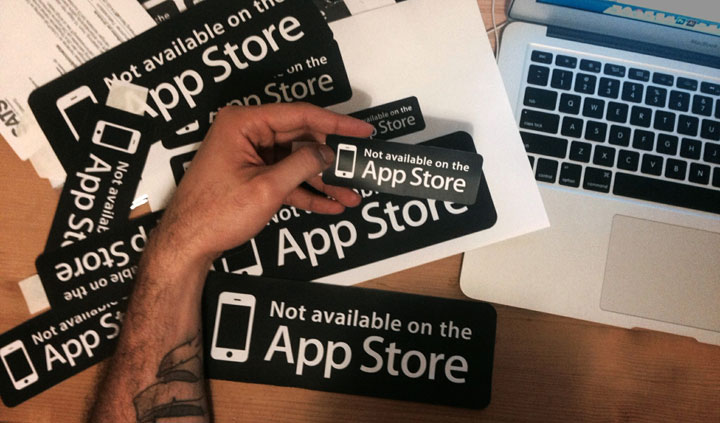 There’s been a rising scourge of fake apps on the Google Play Store in recent years. These apps mimic real apps so well that it’s becoming increasingly harder to separate the legit apps from their fake counterparts. But as the tips below prove, it’s not an impossible task for those who know what to look for.

Google’s Android-based Play Store has been struggling with fake and malicious apps for quite some time now. But things have been escalating recently to the point where millions of people are being tricked into downloading these apps.

Not even WhatsApp, one of the biggest messenger apps in the world, is immune. A fake app with the same name was downloaded over a million times in 2018 before it was removed. Just recently, Trend Micro found over 85 fake apps on the store that contained malware.

How do these fake apps manage to slip past the notice of Google’s safety checks, and what can people do about it?

How Fake Apps Manage to Exist

Scammers tend to take one of three approaches when creating a fake app:

Some scammers go to great lengths to make sure their copies look real. Take the WhatsApp clone, for instance. The app’s logo and store page images all looked exactly like the real version. The scammer even managed to have the same developer name on the fake version’s store page by adding a special, blank character.

That attention to detail means people didn’t think twice about downloading this app. Which then blasted users with ads and secretly downloaded a second, hidden app with malicious code.

Some scammers don’t try to recreate their own app but simply steal the open-source code of another popular app. This recently happened with VLC, where someone used their code and uploaded an app under another media player’s name and stolen icon. The fake app was infested with annoying adware.

Once an app or game starts making a name for itself, copies follow. These are often games or apps with a similar name and setup that try to dupe people into downloading them instead. They aren’t always filled with malware, but they do prey on other people’s hard work.

How to Spot a Fake Android App

Google’s trying to root out the malicious apps that make it onto the Play Store by introducing security features like Play Protect. But at the end of the day, it’s still up to the users to keep their devices safe.

Avoid fake apps by being attentive and observing the following things closely:

– Examine the Search Results: Don’t just click on the first app that pops up, but take a closer look at the results when searching for an app. Fake copies will usually have the same or a similar logo and pictures. The names are often similar as well. If any duplicates do show up, then that’s an instant red flag.

– Look at the App’s Name and Developer: Even though the WhatsApp scammer managed to duplicate the developer’s name, they couldn’t list the exact same app name. Before it was changed and subsequently removed, the app’s name was Update WhatsApp. Always be on the lookout for any discrepancies like that.

– Check for Spelling Errors: Developers usually go through a lot of effort to make sure their app’s store pages look professional. That means there are no spelling errors or strange language. Fake apps tend to stick out with unusual wording in the description or images, or various spelling mistakes.

– Check Out the Number of Downloads: The real WhatsApp Messenger app has over a billion downloads. The fake one had just over a million. Fake apps will generally have fewer downloads than real ones.

Fake apps are one (albeit a severely big one) of Android owners’ many security problems. People need to take responsibility for their personal digital security by following the latest cybersecurity trends.

This translates to setting up unique passwords and two-factor authentication and installing the best VPN software (you can get one here). Being secure also means avoiding dodgy websites and fake apps like those described above and not downloading dubious files.

There are a lot of elements to staying safe in today’s dangerous digital landscape. But having peace of mind is worth all the work.