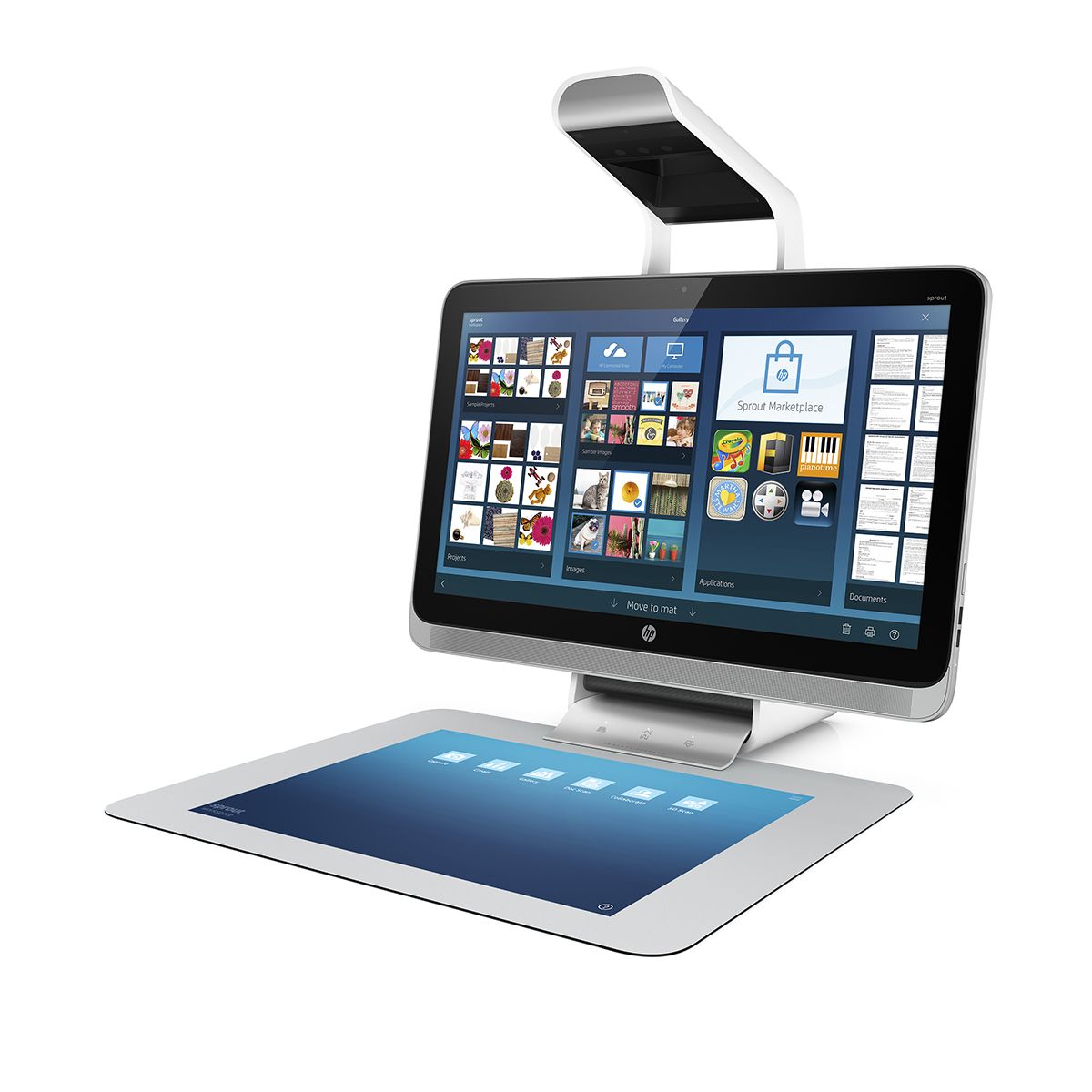 HP has unveiled a new kind of unique computer named as Sprout. This PC is without a keyboard or a mouse. However, this PC integrates a projection system and a 3D scanner, which could be used in many different applications!!!

To those who think there can be no more innovation in desktop computers, HP has come up with a ground breaking design. The manufacturer has unveiled a PC called Sprout that does not has a keyboard or a mouse, rather it can be controlled by just using fingers or a stylus on a touch pad located in front of the screen. The user uses a combinations of gestures, just like as in a smartphone and tablet.

Sprout is also equipped with a 3D scanner for scanning the physical objects. HP wants to present this machine as a PC “immersive” which mixes the physical and digital worlds. This new kind of computer is primarily intended for the editing of photos or videos and CAD designing. The Sprout is currently being marketed in the US for $1,900. Although, it is primarily intended for professionals and normal consumers but it is not clear that consumers are willing to invest such a large sum in this product.

Technically, the computer is in the form of a 58 cm LCD touch screen (1,920 x 1,080 pixels) with a module at its top, named as Illuminator. Which contains a high definition DLP projector, a 14.6-megapixel camera and a 3D camera Intel RealSense. Illuminator projects a Windows 8 touch pad interface on a 51 cm diagonal, which allows the user to manipulate the application as if it was a smartphone screen. For example, it can be used to retrieve an image from he screen and drag it on the touch pad area for editing. 3D scanner can scan real objects to incorporate them into different designs or reproduce them using a 3D printer.

Sprout is equipped with a powerful Intel Core i7 processor, 8GB RAM, a graphics chip provided by NVidia GeForce GT 745A and a terabyte hard drive. HP said that this model would later be compatible with Chrome OS of Google.