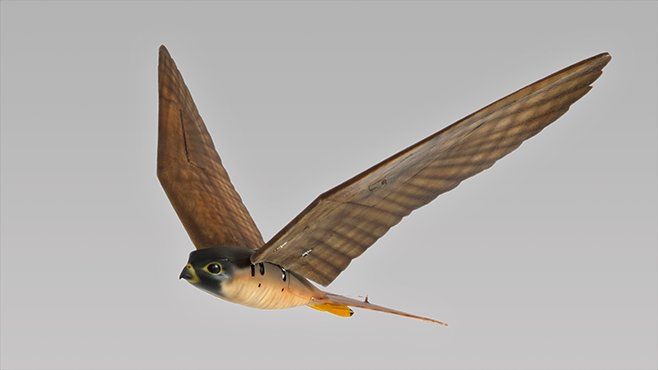 The birds can be dangerous for flying aeroplanes or agricultural fields. In order to solve this problem, the Dutch company Clear Flight Solution has developed the lifelike raptor robots that can permanently scare off pest birds by their mere presence.

For centuries, the farmers have struggled to protect their seedlings and crops from pest birds. They also pose problems on open dumps, as they can pick up waste and disperse it in the environment. Furthermore, the birds are a big risk for aeroplanes as their collision can damage the aircraft body or its engine. Many different techniques have been used to keep the birds away. The good old scarecrows have been replaced by sound systems, lasers and other visual systems supposed to frighten unwanted birds.

But these techniques quickly reach their limits as birds become accustomed to them. Clear Flight Solutions, a Dutch company, thinks it has found a much more effective solution to the problem. The idea is to scare off pest birds by stimulating their survival instinct. For this, the team has devised a raptor robot whose appearance is very realistic. 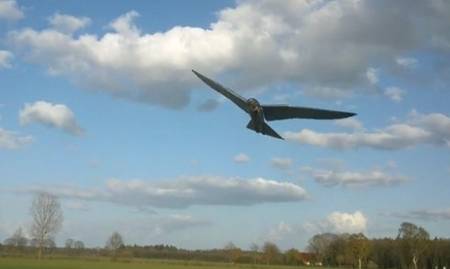 Called Robirds, this robot is a copy of the peregriner falcon, one of the most common birds of prey. It measures 58 inches long with a wingspan of 1.2 m, can fly up to 80 km/h and is capable of scaring birds weighing up to 3 kg. Clear Flight Solutions also offers a robotic eagle with a wingspan of 2.2m which according to company is able to repel all kinds of birds.

These robots are remotely controlled by a human operator who can target a groups of birds to scare them off. Faced with what they think is a predator, the birds will flee and especially avoid the area they identify as having hunting birds.

Dutch company claims, that tests conducted with Robirds allowed the number of pest birds to fall by 50% in a given area. Company is currently working to make the Robirds fly autonomously. Raptor Robots could thus secure a perimeter without human intervention.