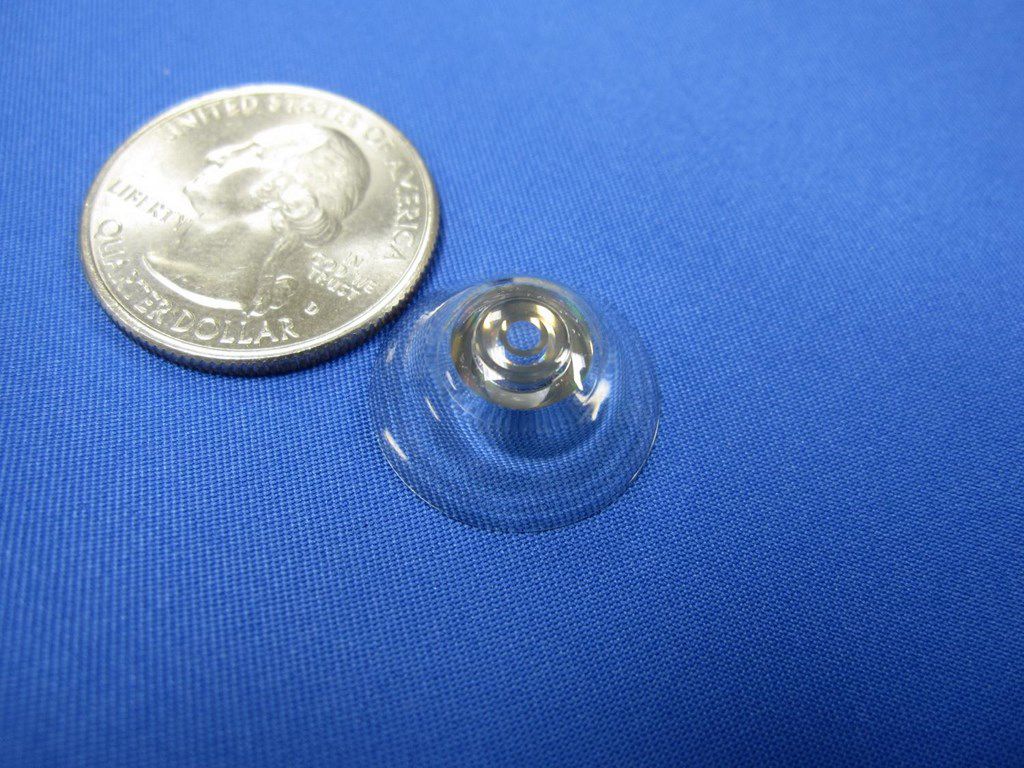 A researcher at the Ecole Polytechnique Fédérale de Lausanne (EPFL) has just introduced the latest innovation in a contact lens. Zoom can now be controlled by a wink. This equipment may one day be used by people with macular degeneration related to age. Clinical trials should start soon.

There are numerous projects related to contact lenses going on around the world. The objectives: increase their vision, deliver medical treatment, to help the blind or to measure blood glucose level. To this non-exhaustive list we can now add lenses equipped with zoom controlled by a wink. Still in the prototype stage, they could eventually help people with Macular Degeneration in old age. This project is jointly led by Professor Eric Tremblay of the Ecole Polytechnique Fédérale de Lausanne (EPFL), Belgium, and researchers from the University of California in San Diego, United States. It is funded by DARPA, the research and development agency of the US military.

This lens has just been presented at the annual conference of the AAAS ( American Association for the Advancement of Science ). This is an evolution of a prototype unveiled in 2013 and which, at the time, did not allow the user to control the zoom. The new version is 1.55 mm thick and is wider than conventional lenses. It incorporates a miniaturized reflector composed of a network of aluminium mirrors arranged in a circle around the center of the lens. When the light rays strike the surface, the reflecting mirrors just like a telescope, and generate a 2.8 times magnification. 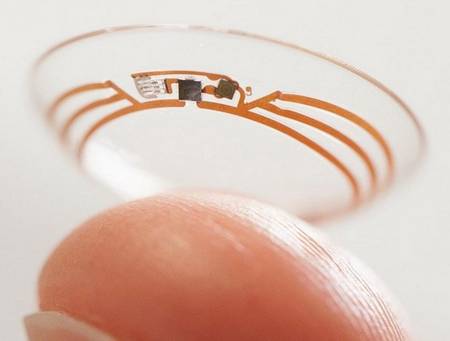 These contact lenses work in coordination with a pair of special glasses. To switch to the zoom mode, the user blinks with an eye so that the glasses activate a polarized filter that will guide the light to the telescopic part of the lenses. A blink with the other eye restores normal vision by cutting out this filter.

Due to their thickness and size, these lenses do not let enough air to flow to the eye.  To solve this problem, researchers have spared tiny channels (0.1 mm wide) around the inner side of the lens. This aeration will enable testing of these lenses by humans. Because, until now, these lenses have been tested on a mechanical replica of an eye that relayed the image to a computer screen. During the presentation at the AAAS, Professor Tremblay reported that clinical trials are expected to begin soon, without giving a specific date