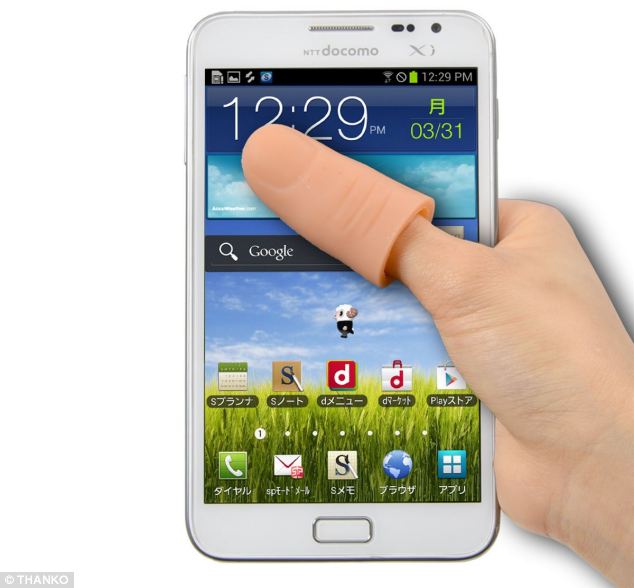 You would have used a number of mobile accessories but here comes a strange but really useful accessory to help you in using big screen phones and tablets. The trend of big screens is growing day by day. The fake thumb named as Phablo Finger can extend your finger up to 15 mm and help you in using the phone. The idea is really helpful for those with small hands. The fake thumb sale has been launched in Japan and costs US$ 14.50 per piece. The odd looking gadget is 49mm in length, 25mm in width and 20mm in internal width. It can work on any screen because of stylus inside.

Ratoken is the company which is selling the gadget and this gadget is expected to be famous as mobile companies are making larger screens mobiles. This is the latest trend being adopted by numerous companies, iPhone is also going to launch a mobile with 4.7-inches and another with 5.5-inches screen. These two mobiles are to be launched in September this year. The demand had been put forward by the Apple Suppliers but it has not been confirmed officially. Japan display, LG and Sharp have already started a mass production of large screen tablets and phones. 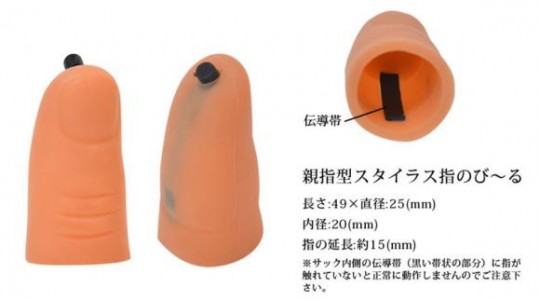 Glaxy Samsung 6 is claimed to be the biggest screen smartphone in the world with a screen of 6.3-inches. The latest phone has dual characteristics of a tablet and a smartphone. So, you can enjoy the tablet features on your phones including books reading, movies and much more. Extensive quality check tests are being performed on the fake finger before launching. Earlier, they emphasized so much on the working of the finger that they even forgot to consider the shape which resembled a zombie’s finger. Afterwards, they gave it the color of the natural skin to give it a natural look. It is actually a stylus that makes you touch the screen.

But why would someone like to buy this gadget? Of course the reason is to use the phone with ease. You make the life easy with this tiny gadget completely.