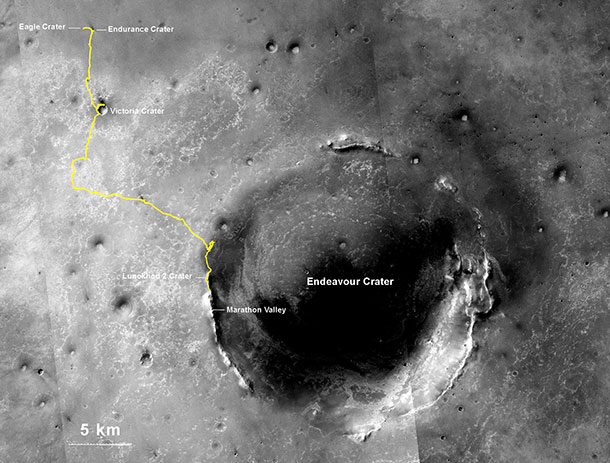 The Rover opportunity landed on Mars on January 25, 2004. It has completed almost a decade of service on the red planet. Today NASA has achieved another world record, “Opportunity has become world’s first robot to travel the longest extraterrestrial distance”.

On 8 July 2003, as part of the mission for exploration of Mars, the rover Opportunity took off aboard the Delta II (7925H) rocket. It landed a few months later on January 25, 2004 in the equatorial region of Mars called as Terra Meridiani.

Designed to analyze the Mars soil geologically, the solar powered robot was programmed to run for 90 solar days. Now, even after ten and half years after the landing, it is still operational despite some setbacks. By July 19, 2014, Opportunity has made a world record by travelling more than 40.20 km on the Red Planet.

It thus broke the record held by the robot Lunokhod 2, launched by the Soviet Union on the Moon in 1973. John Callas who is working on the rover project in Jet Propulsion Laboratory (JPL) of NASA says:

Opportunity has travelled further than any other vehicle on the surface of another planet, it is a remarkable achievement considering the fact Opportunity was not designed for such long distances. 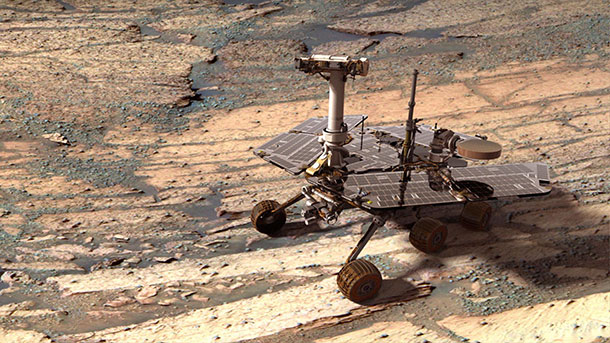 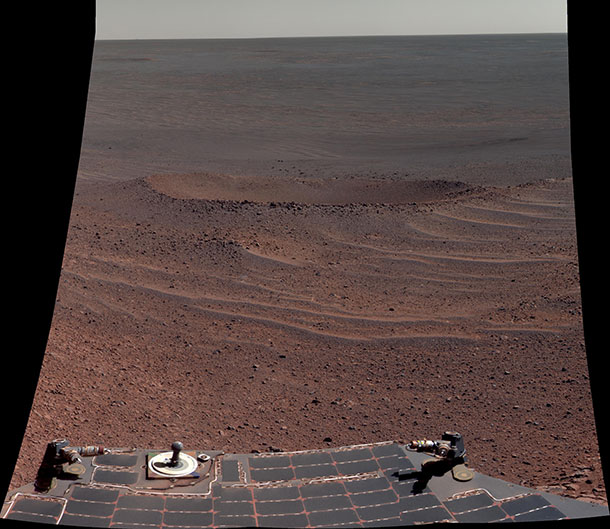 We owe to Opportunity the discovery of the traces of water vapours on Mars. The discovery of the very first meteorite on a planet other than Earth and the study of Victoria Crater. Since 2002, it has also explored the Endeavour crater having a 22 km diameter. Its little brother, the robot Curiosity landed on Mars on August 2012 and has so far travelled 8.6 km.