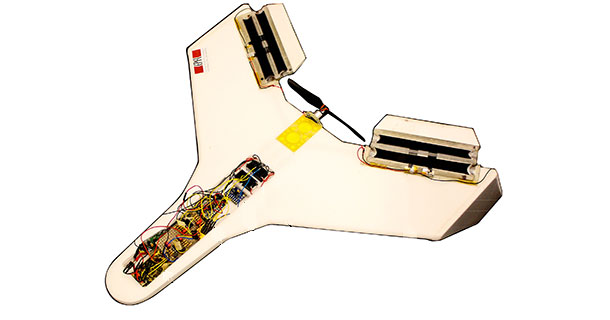 The Laboratory of Intelligent Systems at EPFL, the LIS, has just released a video called “a flying robot controlled by artificial muscles.” This laboratory has been working for several years on the creation of autonomous flying systems.

This aircraft comprises of artificial muscles  based on Dielectric Elastomer Actuators. DEAs are a combination of the flexible electrodes with dielectrics which are soft as well as stretchable. Thanks to these actuator, the wings of the robot are able to bend and resist any external shocks and overloads.

Inspired by the behavior of insects in the real world, the LIS researchers have already developed several versions of autonomous flying robots, as this system inside a cage capable of hitting an obstacle and continuing the flight or its successor Gimball or the AirBurr. 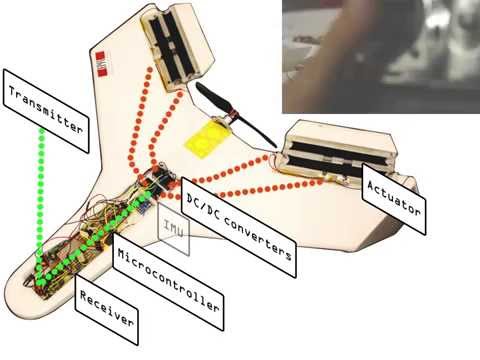 The purpose of the research of Shintake Jun, Samuel Rosset, Bryan Schubert, Dario Floreano and Herbert Shea is to succeed in creating a new generation of actuators, sensors and flexible components for the design of future soft robots. These technologies must be capable of operating in the conditions of extreme deformation imposed by the environment, without breaking.

The team is considering several applications for these new dielectric elastomer actuators (artificial muscles), which can be controlled to be changed from very soft to very rigid.