Obsession to buy small unmanned flying vehicles popularly known as Tiny Drones has been swelling up rapidly in the youth. This craze has intrigued the Toy Industries and Technologists to design avant-garde auto-bots to attract the potential customers. Here, we present such astounding creations MiniDrone, & Jumping Sumo, the two new toys from Parrot.

Technically, MiniDrone is a revised version of AR Drone and has gotten same four rotor design like its bigger brother and is controlled in same fashion through any iOS and android devices. Miniaturization of size, absence of Front Camera, and addition of Wheels are the modification done to this auto copter. Parrot, designer of this little bot is positive about its new findings and claims it’s “the most stable micro-drone” you could find in the market. The addition of wheel makes this device bit of more entertaining. The little vehicle not only flies, but can also roll on the ground making it a more appealing bot you would love to play with. Moreover, this little machine is battery optimized if used with Bluetooth, but this will eventually haul down the operating range as what it offers with Wi-Fi connection. Its flying time is about 10 minutes and can fly as high as 160 feet above from your controlling iPad. To add more, the drone has unparalleled stabilization characteristics and it uses ultrasonic sensors for its fast sensing and stunningly active response: “Tilting the phone will tilt the drone exactly alike”. 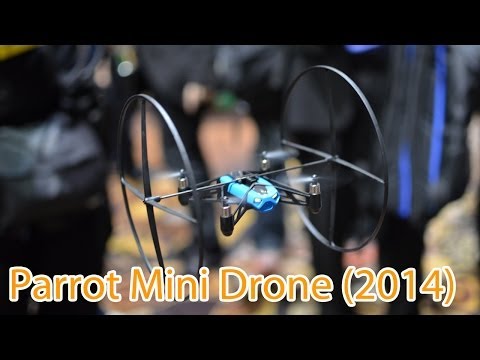 Jumping Sumo is another marvel which can do lot of interesting things. The name is very much self-explanatory that is this new toy can drive around and can even swing & jump. It has two big wheels that makes it able to roll, run, reel, and to launch in air. It can jump up to 2.5 feet above the ground, a very big leap for a toy indeed. It can be controlled by your IPad or IPhone and by titling your device you can see its drive. It is equipped with a QVGA camera that records its stunt. The best thing that could be mentioned about this little monkey-bot is “It turns just like a rolling coin,” which makes it pretty good stuff to play with. Gyroscope, and accelerometer help to keep it stable. The battery life is expected to be about 20 minutes. 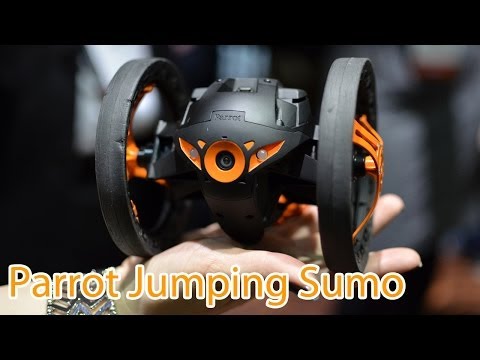 Parrot hasn’t yet announced the pricing details of these mini auto-bots. It is expected that toys would be available in market before long.