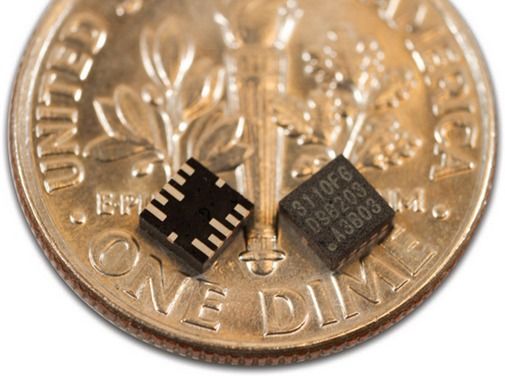 A North American company has developed an extremely small sized accelerometer, measuring just 1 mm by 1 mm. This precise, energy-efficient and cost-effective accelerometer could be easily integrated into clothing, sports equipment and Smartphones.

The accelerometer is an electronic component that has found a widespread use in smartphones and tablets. It detects tilt, acceleration, vibration and shocks to control the orientation of the screen, camera stabilization or recognize movements while playing a video games. An accelerometer consists two components: firstly, a mechanical part that detects movement and generates an electrical signal, secondly, an electronic chip that interprets the signal. A North American company named mCube has managed to make a three-axis accelerometer whose size is half the current models in the market while at the same time providing a higher accuracy. This component is sufficiently miniaturized and inexpensive to produce. So, it can be easily integrated into all kinds of connected objects like smart clothes, watches, smartphones, sports equipment, electronic tags, etc. For example, a golfer wearing a t-shirt and pants that have this sensor could hit the ball and analyze his swing. 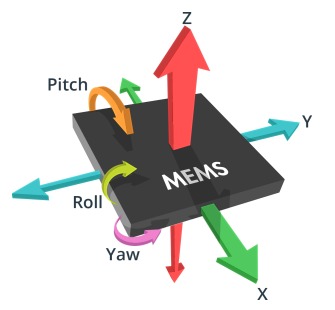 mCube has been developed using smart MEMS (Microelectromechanical systems) and ASIC ( Application-Specific Integrated Circuit) technologies. Thats, why the engineers have been able to fabricate the complete accelerometer on a single chip. This so-called monolithic design offers many advantages. The first one is size, since mCube’s accelerometer only measures 1 mm by 1mm, half of a conventional accelerometer. The company also claims that its chip is quite accurate and can even replace the gyroscope of a smartphone. Equally important, the accelerometer can be mass-produced at low cost using the CMOS (Complementary Metal Oxide Semiconductor ) manufacturing methods. According to figures cited by analysts at mCube, by 2020 there will be over 50 billion smart devices connected to the internet. Thus, the market for miniature accelerometers is really promising.