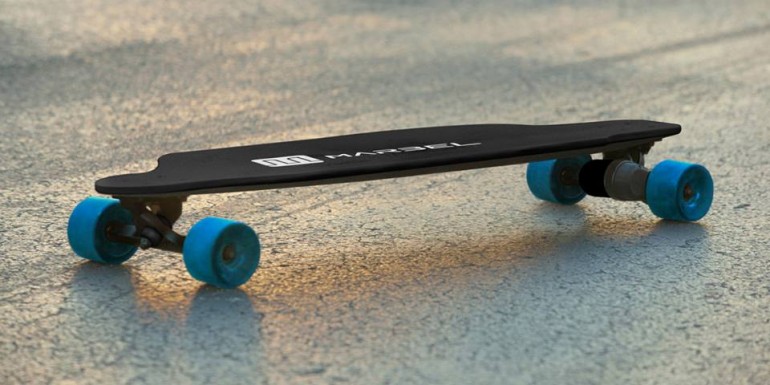 A Florida-based firm has recently claimed to make the world’s lightest electric vehicle in the form of a skateboard. It only weighs only 4.5kg marble. A very specific carbon fiber in combination with Kevlar is used in its construction to reduce weight.

Skateboards are in real demand these days due to the problem of urban transportation. There is a race to make them more and more light. For moment it appears as if the startup company marble has won this race by making world’s lightest electric skateboard weighing only 4.5kg. A crowdfunding campaign has been launched in order to raise the funds. Earlier, the record of the lightest electric skateboard was 5.5Kg.

It could be an option for those who have to frequently hop from one bus to another in an urban area. According to the founder of the skateboard it was one of the design objectives to make the weight of the board smaller so that it may easily be carried for everyday use. They were able to achieve this objective thanks to the use of very specific carbon fiber alongwith with Kevlar in the construction. 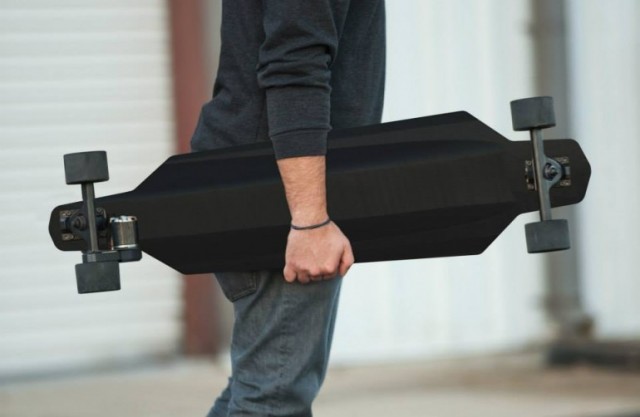 The battery cells being used in the skateboards are also another main reason for its small weight. The batteries are tiny in weight and very efficient. The battery used has the power of 20W with a motor of speed 32km/h. Maximum charging time of battery is 90 minutes and the ride lasts for up to 16 km. Unfortunately the speed of the skateboard is not too much but the company is working on its improvement.

The skateboard is controlled by using a mobile app which is connected with the skateboard. The board comes with a built-in Wi-Fi module. The app is compatible both for the android and iOS smartphones. The board can be operated in three different modes for example Starter mode, eco mode and sports mode. Each mode has different functionality to offer. Funding is being sought from kickstarter and aim is to raise US$ 90,000. You only need US$ 1099 to queue up yourself in the line of skateboarders. The company is planning to launch it in November this year.