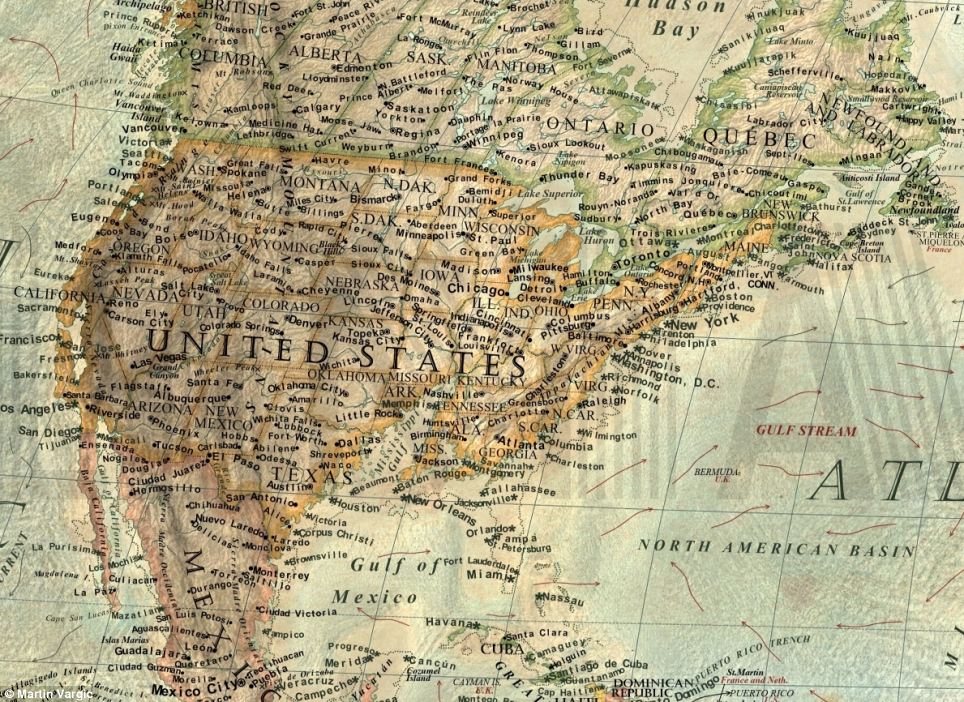 Because of global warming and other environmental issues, the average temperature of planet Earth is increasing. One of the adverse effects of global warming is the melting of polar caps. Because of this phenomenon, the sea level is also getting higher as more and more glaciers are being melted. According to researchers, the sea level has been rising 8 cm yearly since 1880. They fear that by the end of this century, it will be about 3 feet higher than that it is today. It is obviously an alarming situation. To depict this phenomenon, a map has been prepared by a Slovakian graphic designer, Marth Vargic. The map shows the map of our planet as if ice cap has completely melted and the sea level is 260 feet higher than it is today.

Marth predicts that there will be about 5 million cubic miles more water in the oceans,. Just having a bird’s eye view one may not realise the difference, but a closer look reveals the alarming situation with many cities of coastline drowned into the water. You can imagine the intensity of the matter by noting the fact that half of the UK will be in the water including London, Leicester. The situation is no different in Germany whose main city Berlin will also be half drowned. USA is also not safe from this phenomenon as New York, Miami, Washington, Houston and New Orleans will be submerged. 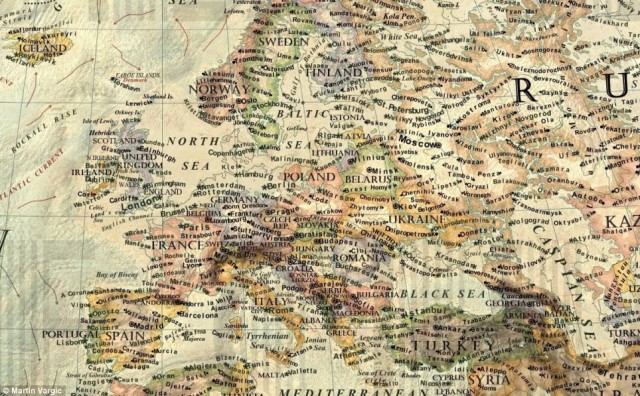 Amazon will also be the part of sea, Brazil will definitely lose its vast area and Australia’s big part is endangered. It took Marth about 3 months of work to gather the data and make the the labels. Using the topography data obtained from NASA, he had hand-drawn all the maps  using computer softwares. This indicates his interest and concern about global warming and its effect on humanity. This is the first time that someone has done such work at this scale to raise awareness.

Such results, no doubt, show an alarming situation as 75 percent of the world’s population now lives 300 feet below the sea level. The more dangerous thing is the fact that it includes heavily populated cities. The scientists predict more severe climate due to these effects. The earth will be hit by more floods, hurricanes and typhoons. This will result in expanding the desert areas which will swallow the whole Australia and Southern Europe. It will requires about 5000 years for these changes to take place still it is an alarming for the human civilization. We know that temperature is also increasing by 0.5 Celsius each year. The ultimate solution to prolong the humanity on this planet relies on the control of emission of CO2 and greenhouse effect gases.

This is a very good effort to wake the people up and make them think about their future generations. We do hope measures will be taken which promotes recycling and controlling the emission of hazardous gases and etc.