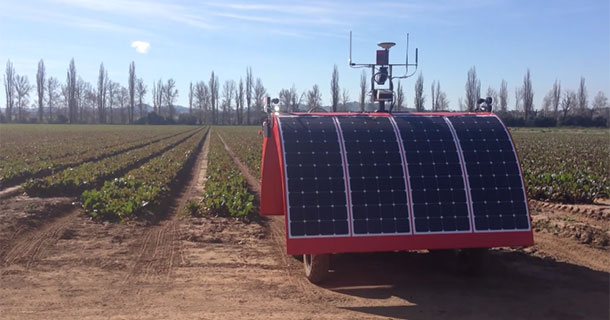 We found this interesting video which shows a Ladybird like agricultural robot autonomously collecting data in a field to help the owner practice agriculture in more efficient and environment friendly manner.

This robot functions on solar power. Designed and developed by Australian researchers from the University of Sydney, it is a part of the new generation of robots that will be gradually deployed on thousands of agricultural farms. This machine has been named as Ladybug due to its peculiar shape arising from red paint and photovoltaic panels. It is able to displace itself autonomously thanks to the laser guidance system. 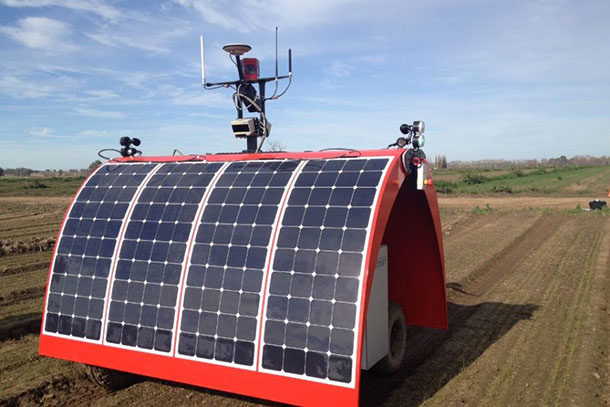 It has a network of sensors (laser, cameras and hyperspectral cameras) to detect the growth of fruits and vegetables as well as pests. Equipped with a robotic arm, robotic ladybug can also get rid of weeds in the field, and it is expected that this arm would also be used for harvesting. In this video you can see the robot in action in the process of collecting data from plantations: mapping the terrain and identifying problems on the plants. 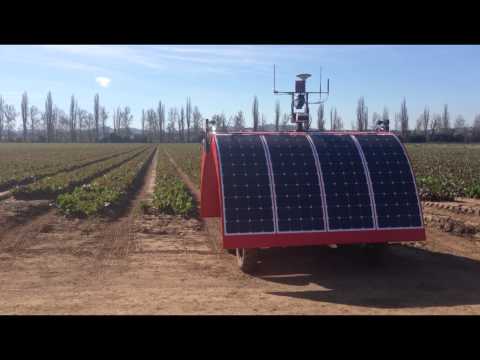 In the coming years, agriculture will become more complex, partly because of climatic changes that we are experiencing on Earth. The farmers will rely heavily on advanced scientific techniques to get mazimum benefit from their land without excessive damage to the environment. With data collection and process automation, owners will increase the effectiveness and efficiency of their fields through robots designed specifically for their needs.

Agricultural robot recently completed its first series of tests. There remains the question of the price of such a device. The cost of the research project is valued at $ 1 million. We do not yet know the selling price of the robot. Do you think that improved yield of the fields and less waste of crop during harvest will cover the cost of such equipment?