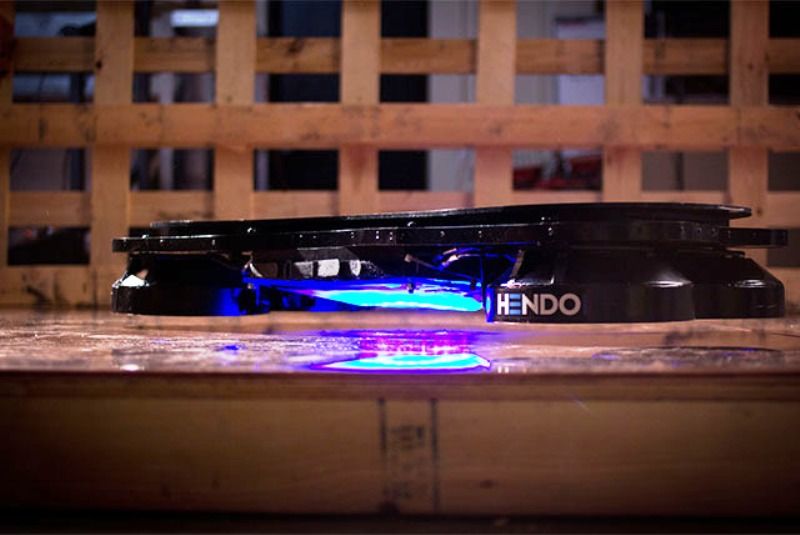 It is not yet the famous levitation hoverboard of Back to the Future, but skateboard developped by society Hendo looks like it a lot. Hendo is now seeking funds on crowdfunding site Kickstarter for its commercialization. It can only operate on conductive surfaces using the principle of magnetic levitation.

A new hoverboard (the famous futuristic skateboard used by Marty Mac Fly in Back to the Future 2 ) project is currently the subject of a crowdfunding campaign via the Kickstarter platform. Despite many failed projects, the company Hendo is indeed operational. The cost of one unit of Hoverboard costs $ 10,000 and the first have been scheduled for autumn 2015. At the moment, the demonstration prototype does not really look like the one from the film, even if the final model is promised to be closer.

Hendo’s hoverboard operates on the principal of magnetic levitation, using four motors and above a ground exclusively composed of metal plates. Hence, it is not any time soon possible that buyers would be able to surf in the street. For now, it appears as quite noisy and unwieldy. The final version of Over Hendo should be delivered in October 2015 and the ten reserved models at $ 10,000 per unit price, would have already been sold.