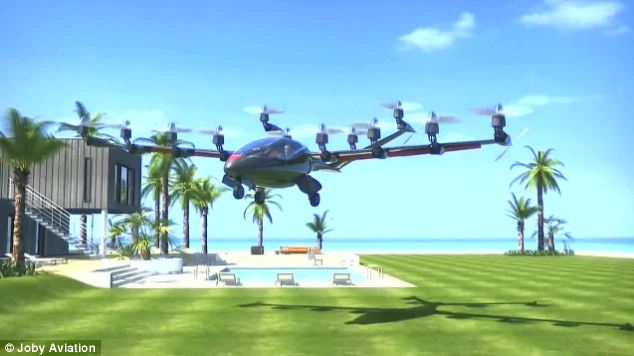 A big limitation of the modern day planes is the requirement of runway for the landing and take-off. Keeping this in view, a California based company “Joby Aviation”, has designed a new hybrid helicopter-plane “S2” that is able to take off vertically. So, no need of a runway. Interestingly, anticipated hybrid helicopter-plane will also be pollution free as it will use charged batteries for its propulsion. Indeed, this may remind many of us of our childhood dream where we assumed that a real plane is powered by batteries.

The design engineers have not yet designed a full-scale model of S2. Rather, the concept is tested and proved on a 25kg prototype. The landing and take-off is just like a helicopter. When air-borne the wings fold up to make it glide like an airplane. Entrepreneur JoeBen is leading this project but after the success of prototype, the NASA has also got involved in the project. The California based company has also made simulations of a 770kg aircraft. The anticipated S2 aircraft is able to carry two people and fly over 200km in just 2 hours utilising 50kwh of energy. A traditional aircraft would have required 1.5 gallons of fuel for the same flight.

The aircraft is 5 times more energy efficient as compared to a traditional plane, thanks to the efficient and small sized batteries, intelligent control systems, small sensors, and compact motors. In fact the aircraft,  materializes something which could not have been thought a decade ago. Retractable motors are the catchiest objects in the aircraft that have resulted in this hybrid aircraft. Firm says, the speed of motors, noise and flight could easily be controlled with a computer. This results in increased efficiency and reduced noise.

Company claims this new design would be the future of the air travel because of its safety and economy. The 12 electric motors not only make the aircraft safe but are also three times more efficient as compared to fuel combustion engines.