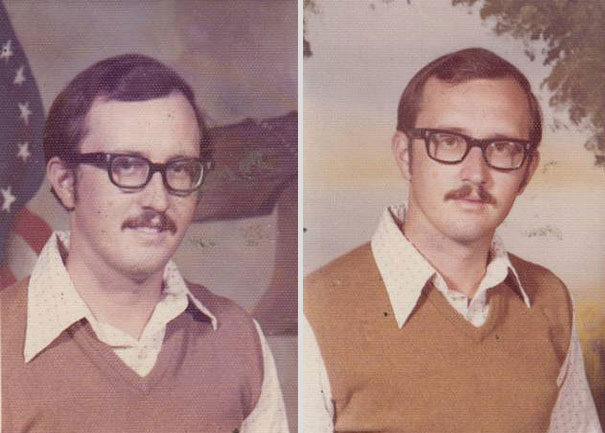 Dale Irby is a recently retired as professor of sports education from small primary school of Prestonwood in the area of Richardson , in Dallas. During the forty years he was there, he had developed a very special style of always dressing as same for the annual class photos.

This respected community Teacher (local gymnasium now bears his name) said that originally this happened by chance: ”  I felt so silly when I received the photos and realized that I had worn exactly the same as the previous year “. It is then that his wife motivated her to do the same for a third year. And so on for 40 years, until his retirement.

It is funny to think that he managed to get into same clothes for 40 years. Would you like to do something same?