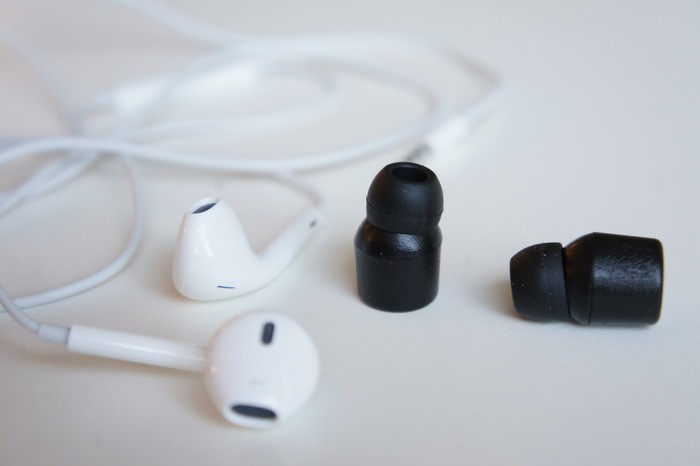 Engineers develop the world’s smallest wireless earbud called Earin.  It weighs just 5 grams, made of plastic casing, with a tip of silicon at the end. The length of the Earin is 20mm with an extremely small diameter of 14mm.

An Engineers’ team has developed the world’s smallest wireless earbud. The vision of the smallest earbud is driven by a mechanical engineer Olle Linden. His aim was to get rid of messy wires and cables for the earphone that should fit perfectly into the ears. The new earbud is named as Earin and the size is as same as the normal earbud with high quality sound. The Earin weighs just 5grams made of plastic casing with a tip of silicon at the end. The purpose of the tip is to provide noise isolation. The length of the Earin is 20mm with an extremely small diameter of 14mm.

The Earin can be connected by BlueTooth 3.0 and 4.0 to the device transmitting the audio signals. A well balanced armature speaker is used by the team with the same traditional transducer. It is the same transducer used in hearing aids, the objective of using it is minimize the energy and the size. The Earin is equipped with a 50 mAh Li-Ion battery that lasts 3 hours of constant use. A storage capsule is also provided with the Earin which can recharge the Earbuds. The capsule comes with 100mAh Li-ion battery which can be recharged by USB cable.

The company is aware of the fact that while using the Earin, it could be shaken during bumpy rides. So, the foam of Earin comes in three different sizes. Furthermore, the Earin is also equipped with “Concha Lock” which ensures the tight fitting of the earbuds into the ears. The Olle Linden is a former Sony Ericson and Nokia employee, where he used to create the audio components of the phones. Although, he had developed the idea for creating this device 5 years ago but it only became possible now to turn the dream into the reality.

The team is selling their product on Kickstarter at a price of $168 including the Capsule.  The team is determined to deliver the product in January next year.