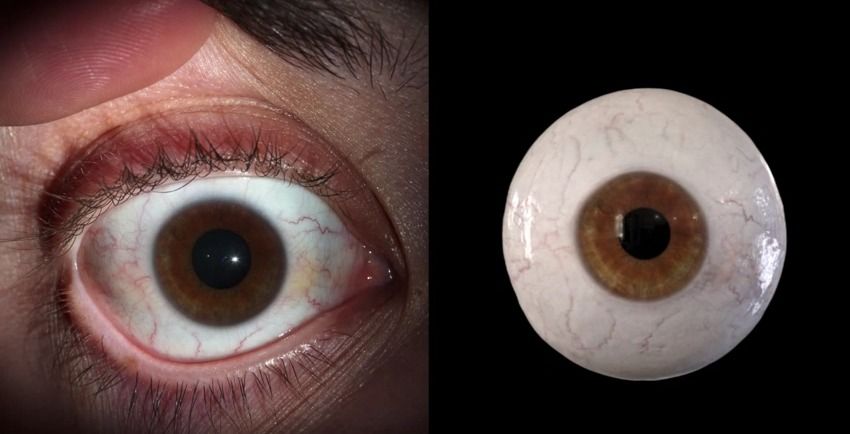 In its Zurich, Switzerland center, Disney Research has developed a digital capture system capable of faithfully reproducing the shape and texture of a human eye and its reaction to light. This technique will help to significantly improve the realism of synthetic characters for animated films.

Although 3D animation has made ​​enormous progress over the last decade, the reconstruction of human figures still faces some obstacles to achieve a perfect photorealistic rendering. Among them, the reproduction of the eye is a major technical challenge. But Disney Research has developed a digital capturing system that promises a breakthrough in this area.

A team of research and development center in Zurich (Switzerland), has developed a technique based on cameras and varied lighting that can scan the shape and texture of the sclera, the shape and refraction of the cornea, the shape and the color of the iris and the change in pupil in response to light intensity. “While the human eye is one of the most important aspects of an individual, currently 3D animation uses a big simplification for the representation of human eye.” says Disney Research team in the introduction to the article entitled High-Quality capture of eyes. This new capture system can reconstruct all visible parts of the eye by treating them separately while taking into account their interdependence. The result is an unprecedented level of detail. 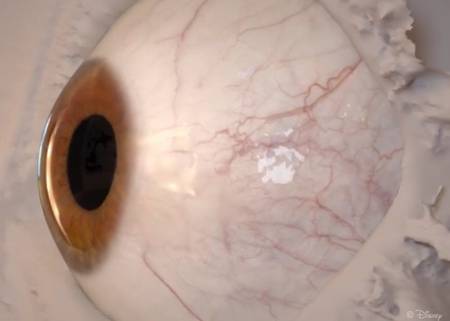 To perform this scan, the person lies on his back and puts his head in a specially developed headrest. The capture system consists of six Canon 650D digital cameras with a sensitivity of ISO 100 and 100mm macro lens. The lighting is based on a conventional flash system and new red, green and blue LEDs which are arranged and controlled so as to avoid unwanted reflections. The dilation of the pupil is caused by an LED which is positioned, not on top of the eye which is to be scanned, but on the other side. Since dilated pupils of both eyes are connected, it can control the effect indirectly, without interfering with the eye affected by the digital capture. The operation is done in two steps. In the first, the subject must take eleven different poses with his eyes so that they seized from all possible angles.

The second step is to take a dozen shots of the progressive dilatation of the pupil. Scanning begins with the sclera, followed by the cornea and finally the iris. The operation lasts a total of twenty minutes. The image processing algorithm developed by Disney Research takes into account the different reflective properties of each element of the human eye. The final rendering is obtained by combining the scanned images and the texture synthesis. Even more impressive, the system is able to animate the iris by reproducing its expansion when it reacts to light. This reconstruction technique will help reduce very significantly the time taken to replicate the eyes of the main characters in the animated films.