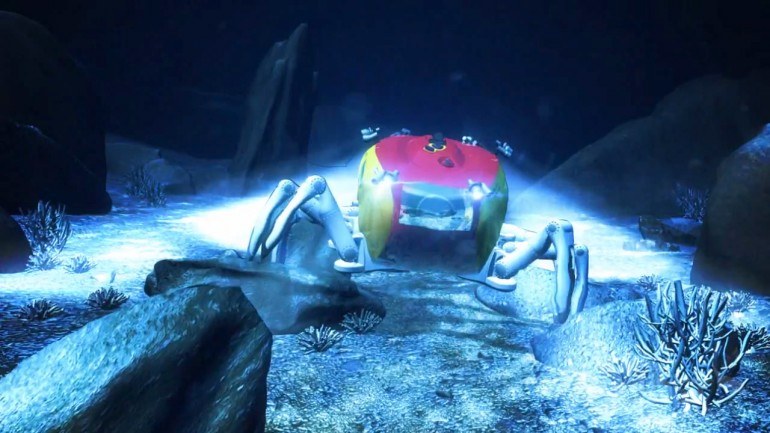 Ocean covers 3/4 of the earth’s surface and unfortunately this vast area is still unexplored. Many scientists across the world are putting efforts to explore this vast portion of the earth. Scientists believe that ocean is full of minerals and sea bed consists of many other valuable natural resources. Thousands of secrets are buried in the depths of the oceans including shipwrecks. To reveal such secrets, Korean institute of Ocean Science and Technology is determined to send a robot into the yellow sea. This robot is named as Crabster CR200 which is aimed to help out the archaeologists. Archaeologists will use Crabster to explore the shipwrecks in the sea.

The researchers are claiming it to be the world’s deepest and largest ocean walking robot. It is a heavy sized giant robot weighing almost 635kg. It can stabilize itself with the help of a very complex movements of its six legs. It resembles and walks like a real crustacean. The plan is to use this robot not only in scientific investigation but also in repairing of oil and gas containing vessels. The robot has a mouth like box in which picked objects can be stored. This robot can easily replace the scuba driver in heavy currents beneath because of its shape and size.

It can also lower its head and raise its tail in order to face the strong currents. The robot has 10 onboard cameras as well as an acoustic camera. The acoustic camera helps it in seeing through the muddy waters with the help of reflected sound waves. It can make videos between four and thirty frames per second. This is full HD colour camera able to zoom in and send back the video to the control room. This video is then used to control the movement of robot. To measure the speed and location of the currents, Doppler and acoustic pings are used.

It is envisioned that the SONAR waves might also be used to get 3D maps. This crab can move with a speed of 1.6Km/h. Korean scientists have completed its test last year and are enthusiastic to launch it soon. The project was funded by the ministry of Land, Transport and Military Affairs. Scientists are hopeful to see it a milestone in the field of ocean exploration. The robot is expected to play a vital role in the study and research of the most unexplored areas of the nature.