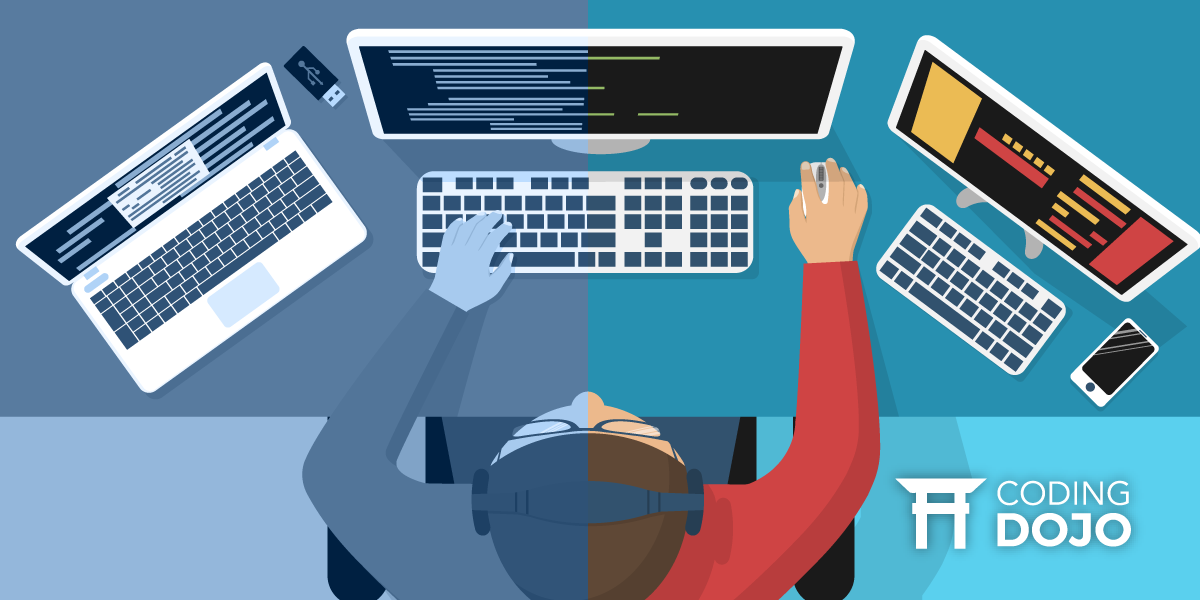 Coding bootcamps offer students an effective way to develop the skills they need to enter a career in tech and web development. Generally structured to focus on the coding languages that are in-demand by employers today, coding bootcamps are specially-designed for students with little-to-no-coding proficiency. They give students coding fundamentals, generally tied in with projects that help them build products from scratch to put their newfound coding skills in action.

As bootcamps have become a standard way for students to pick the coding skills they need, a variety of different formats and models have emerged. First to the gate was online bootcamps, followed by offline bootcamps. While effective, each of these models came with clear downsides resulting in the creation of a third approach entirely: the hybrid bootcamp.

Offline coding bootcamps are what started the trend to begin with. Taking a page from traditional classroom learning, offline bootcamps require students to attend class full-time for the entire duration of the bootcamp, which can often be six-to-eight months. It’s a fully immersive experience with students attending classes five days a week and learning directly from instructors. For students that want to dive on in, and have the flexibility to attend class full time, this can be an effective bootcamp choice.

However, some aspects of offline bootcamps make them challenges for many students with an interest in coding education. At easily $10,000 per bootcamp, they can be cost prohibitive for many students. Additionally, they often only take place in major cities, making them closed to students living in smaller cities or towns who don’t want to commute, or are unable to commute or move.

Online bootcamps are a direct response to the rigidness put in place by offline bootcamps. They are as flexible as possible since all training and instruction happens completely online. Students with a variety of demands on their time, from full-time jobs to family responsibilities, need the flexibility offered by these types of bootcamps. Additionally, with prices as low as $100, they are the least expensive coding bootcamp on the market.

The biggest challenge with online bootcamps is the lack of accountability. With no instructors and no fixed deadlines for assignments or projects, students often peter off on actually getting work done. As a result, very few students actually complete an online bootcamp in full.

The hybrid model aims to take the best of both worlds from the offline and online approaches. Sometimes called the “flipped classroom” approach, this model has students due the bulk of their learning online during the week, and then has them meet for in-person workshops during the weekend where they complete assignments and projects. It’s intended to give students the flexibility they need to learn on their own schedule while still giving them the structure and deadlines they need to further their learning.

Unlike offline bootcamps, hybrid bootcamps are offered in smaller cities and towns, opening them up to a much larger student based. Also, at approximately $2,000 per bootcamp, the hybrid model offers students a far more affordable way to learn to code.