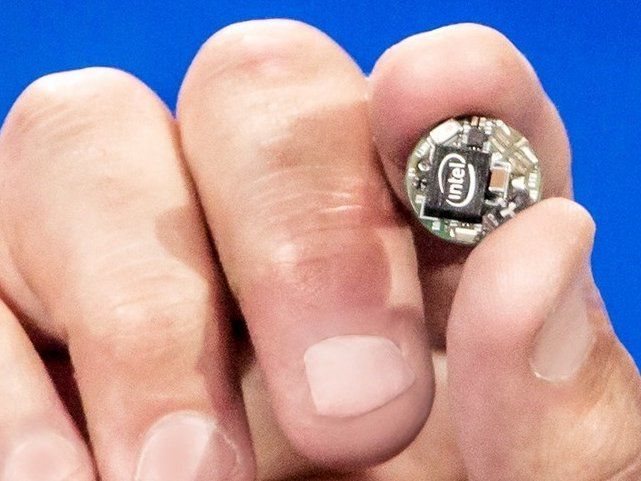 At the Consumer Electronics Show, Intel stunned the participants by unveiling a prototype of a computer no larger than a button. Named as Curie, this high-tech object comprises a Quark SE microcontroller, flash memory, Bluetooth and various motion sensors. It can be used in small connected objects like bracelets or clothing.

Last year, Intel had unveiled Edison, a computer barely larger than a postage stamp to be used in “wearables” devices like bracelets, watches, glasses or clothing. At this year’s Consumer Electronics Show (CES), the intel demonstrated that it could could go much further in miniaturization and conquer this coveted market.

Brian Krzanich, Microsoft’s CEO, has presented Curie, a computer of the size of button, 18 mm in diameter. It includes everything you need to drive miniature electronic devices: a system on chip Intel Quark SE, which is none other than the new version of the low-power chip dedicated to Interet of Things. It includes a 80 KB SRAM, a flash storage (384 KB), a low energy Bluetooth module, a PMIC circuitry for power management, an accelerometer and gyroscope working on six axes. Everything is powered by an open source Real Time Operating System (RTOS). 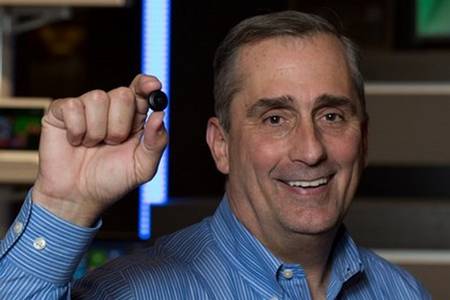 Intel boasts a very low power consumption, indicating that a Curie can be powered by a button cell. Ideal for connected objects that need to be permanently powered up like bracelets and watches. However, no power consumption figures have been provided yet. Because the version of Curie unveiled at CES was a prototype. Intel, however, promises to launch a finished product in the second half of 2015. Software Development kit (SDK) will be made ​​available to the developers to take advantage of the various features of Curie.

Intel has already launched a partnership with the eyewear manufacturer Oakley that will integrate Curie in a “smart product” which is due to be launched this year and will be aimed at “improving the performance of athletes”.