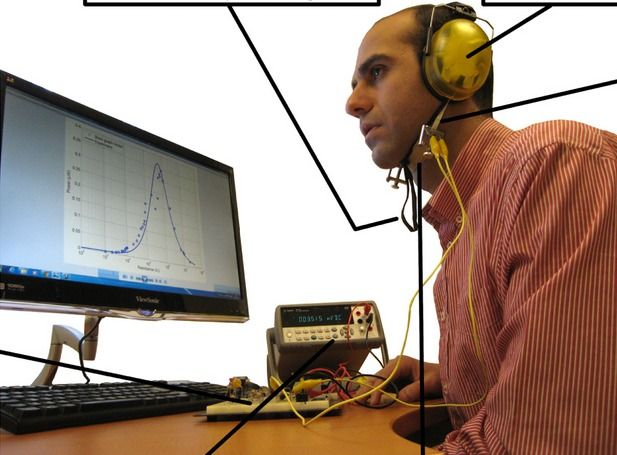 A team of Canadian researchers has developed a prototype of a piezoelectric chin that is able to produce energy from the jaw movements. Although, it is not practically viable yet, still this concept demonstrates the possibility of power generation using small electronic devices such as hearing aids and cochlear implants.

Recently, researchers from South Korea had presented a prototype of nanogenerator piezoelectric. Which is capable of powering a pacemaker using the movements of the muscles on which it is installed. Recall that a piezoelectric material generates electricity when subjected to mechanical stress (and vice versa). It is precisely from this material that a team of researchers from the École de technologie supérieure in Montreal (ETS) in Canada, has developed a method to harvest energy from the jaw movements.

The device is a prototype chin made ​​of a piezoelectric composite that has the potential to generate enough electricity to power small electronic devices such as wireless headsets, the dentures or Cochlear hearing implants. “The jaw movements that occur when a person chews gum, eats or talks are the most promising for harvesting energy due to muscle activity”, explain the researchers in their scientific paper published in the journal Smart Materials and Structures. They calculated that during a typical day, the jaw movements can produce up to 580 joules of energy. 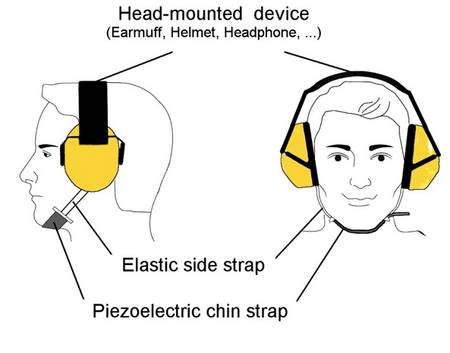 The chin of the STU is made ​​as a strap of piezoelectric fiber composite (PFC) material, incorporating the electrodes in a matrix of polymer adhesive. This strip is placed under the chin, it is attached to headphones by an elastic. The PFC band is itself connected to a resistive load and a digital multimeter.

To prove their concept, the researchers asked a tester to chew the chewing gum for 60 seconds. Maximum power harvested was up to 18 mW, but the average was 10 mW. However, the team of ETS admits that “the amount of energy generated by the system is currently not enough to be used in practical applications” .

One goal is to increase the number of piezoelectric elements in order to produce enough electricity to power small portable electronics. This can be done by superimposing several layers of PFC. Twenty layers would be sufficient to power an electronic hearing aid protection say the scientists. But its thickness would pose the problem, because the band would be 6 millimeters thick. The challenge is that a person can wear this kind of chin unobstructed and not attract curious gazes.