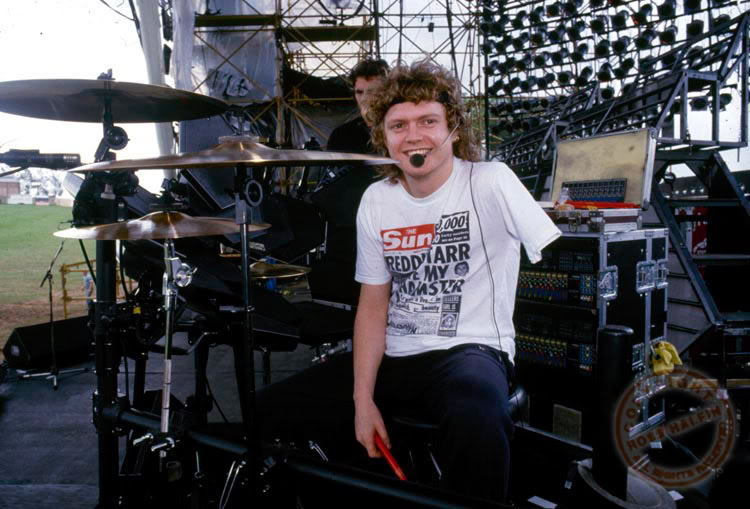 Richard John Cyril; from English Rock Band Def Leppard, is a prominent Public figure who continued playing Drums after his complete limb amputation by the cause of tragic street-racing accident. A similar story happened in 2012 when a guy named Jason Barnes got electrocuted while washing exhaust duct of a restaurant. A jolt of 22,000 volts could have killed him in a flash. He was lucky enough to be alive but it cost him to lose his lower part of right arm. Jason had a growing dream to become a Professional Drummer since his early school days. His dream could have shattered into bits if he didn’t decide to build a prosthetic stick for himself. 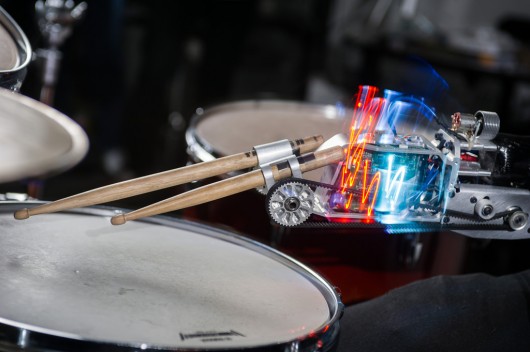 Fortunately, he kept on performing his art through his own made stick and the tragedy didn’t drag down his spirit.  But, his stick wasn’t built artistically. Though, he kept on realizing his dreams, but with such crude arm he couldn’t get a commanding grip at balancing his arrangement.  Loss of Control, deprivation of sensitivity, and accumulation of noise through such self-made prosthetic arm were some major obstruction to perfectly execute his art. These challenges didn’t make him to give up his growing thirst of becoming Professional Drummer. He then planned to enroll himself at Atlanta Institute of Music and Media. Like they say “If you have a will, you have a way”, there he met with one of the most astounding Professor who has an enriched experience in engineering number of instrument-playing robots. Professor Weinberg, who is also a founding director of Center for music, prepared an elegantly designed robotic drumming prosthetic stick for him. With this master arm, Barnes started drumming with more accuracy and rhythm. 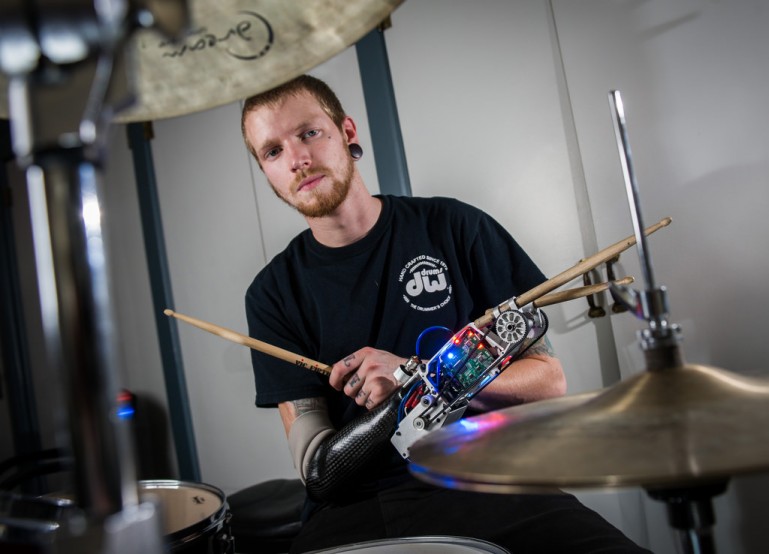 Now, Barnes continues to play the drum like a normal drummer could perform or even way better. Because, this skillfully designed arm doesn’t only add accuracy and a balance matter in the basket, but it even includes an additional drummer stick that moves autonomously with a neat rhythm. The arm uses microphone and accelerometer to sense Barnes’ rhythm and additionally it starts following the harmonics to add up its own conceived rhythm along.

Barnes has been practicing to get a good hold on this Robotic Arm and it has been heard that he would be going to perform in a concert at the Atlanta Science festival in the coming month.