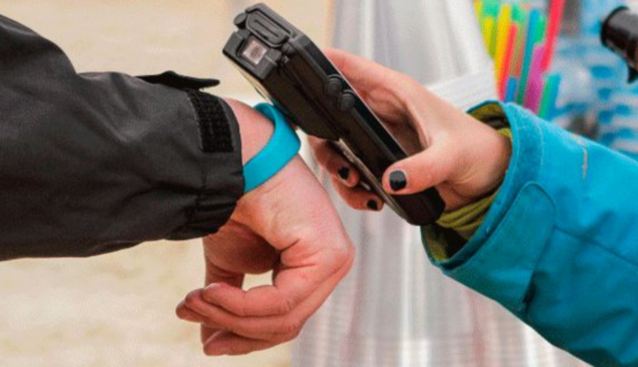 No need to swipe your ATM card as Barclays has introduced a wristband that can be used in place.  You can wear the band for the whole day and it is like an ordinary wristband. The bPay technology is the beginning of a new era where you would not need to use cash.

No need to swipe your ATM card as Barclays has introduced a wristband that can be used in place of ATM card. Just swipe your band to pay your bills. It is really a simple and cool feature. You can wear the band for the whole day and it is like an ordinary wristband. You can pay your bus fair, morning coffee bill and even commute with this cool wrist band. The bPay technology is the beginning of a new era where you need not to use cash at all.

There is a race among the big companies like Samsung and Apple which are putting their efforts in making smart watches which would be used for many purposes like monitoring heart beats and guiding on the right path and etc. The bPay is also the same sort of attempt which could be considered as a virtual valet. The bands can be recharged from the bank account of a user and user can shop up to £20 at a time.

The wristbands have enough potential to replace the plastic cards with ease because you need not to memorize PIN code. The coolest feature is that it is unlikely that it is stolen or you miss it somewhere. The wristband is made of rubber with a computer chip inside to communicate with the terminal. The bands have already tested during British Summer Time Music Festival and event of London Pride. They were used for entrance and buying food during the events. The company is going to make them work with more terminals and coffee shops to revolutionize the wearable gadgets field.

Soon, you will be able to pay your bus tickets, train tickets and tubes within the London city by swiping your band. Then afterwards, this device will be extended to other cities and counties. Barclays is not new one in this field, it was Barclays in 1966 who introduced the credit cards and then swiping debit cards in 2007. As it is one of the UK’s leading banks with almost 10 million users, the company is in a position to change the people’s way of transferring money. Interestingly, the contactless technology can also be used with other gadgets for example mobile phones, rings and etc.