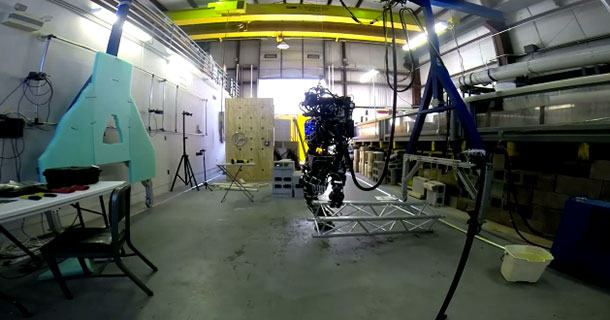 The MIT’s humanoid robot ATLAS is making considerable progress. This impressive biped is able to take up a metal beam and carry it.

The site Gizmodo has given it the title “Humanoid robot ATLAS advances and reaches the level of a lazy teenager“. Apart from this humorous title, watching the video just released by the MIT team, we can say that the final phases of the DARPA Robotics Challenge will have nothing to do with those of last year. In just one year, all participant robots have made ​​huge leaps forward in terms of dexterity, speed and autonomy. 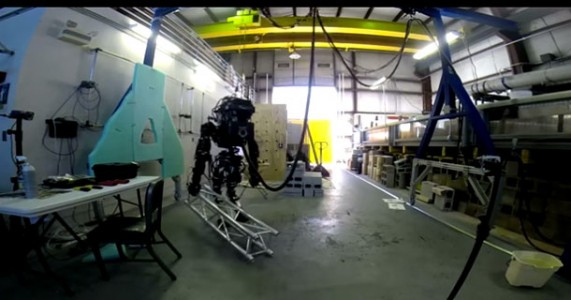 ATLAS still moves slowly, perhaps this is due to the fact that it pulls behind it a rather heavy aluminum frame, about ten pounds. However, this video shows one thing: it is now capable of carrying more or less heavy objects in each of its hands, and can run in a simple or complex human environment. The finals for the DARPA Robotics Challenge were to take place at the end of this year, but organizers preferred to leave more time for teams to have robots with the best possible performance. 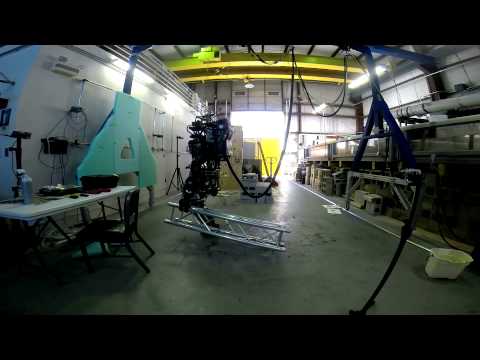 In an article written by the team behind Atlas, entitled “An Efficiently Solvable Quadratic Program for Stabilizing Dynamic Locomotion“, American researchers describe:

“a controller for dynamic walk of the entire body, implemented by a convex quadratic program. The controller solves an optimal control problem by using an approximation based model, derived from a simple walk model while respecting the dynamics, characteristics and constraints of the robot. We thus reach a higher performance level when compared with current programs “

According to the website of the MIT team, its articulated and sensory hands allow it to use tools designed for the human beings. ATLAS has 28 hydraulic actuators, a head with stereo vision sensors and a laser rangefinder. Currently, ATLAS is wired but for the finals, the robot should be able to walk on a rough terrain, climb stairs and ladders.