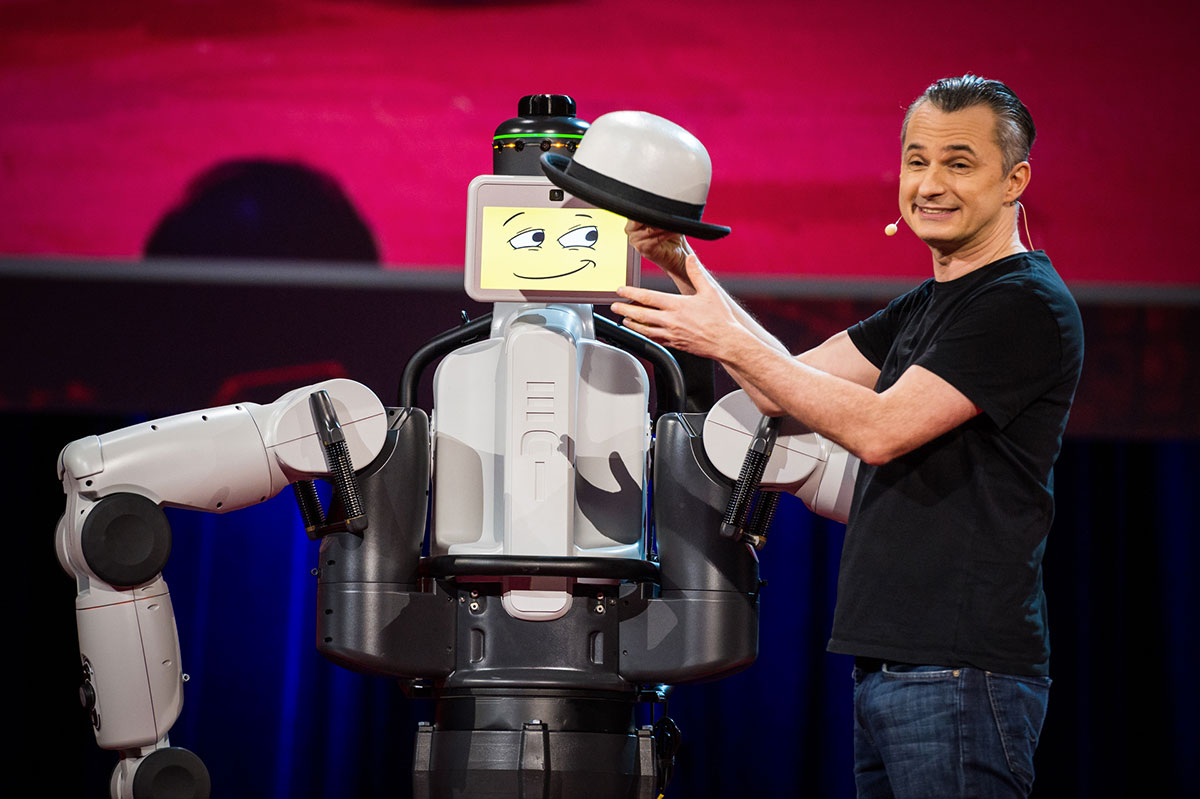 The famous techno-illusionist Marco Tempest has a new friend: EDI, a “multifunctional robot designed to work closely with humans.” In this video, Marco makes a plea, on the stage, for a closer cooperation between humans and robots. The duo even performs a magic trick to support the claim by the illusionist!

This time the famous Swiss illusionist Marco Tempest has returned accompanied by a new friend. EDI (note: Electronic Deceptive Intelligence) will be the new companion of Marco in future live performances. It is a robot-like Baxter, which tbelongs to a family collaborative robots, which do not require complex programming and are designed to facilitate interaction between humans and robots.

“We are all intrigued by the possibility of a mechanical version of ourselves. The perfect robot would be no different from humans, and that’s what scares us. Since we can not read facial expressions of a robot, we can not anticipate his actions “ confesses Marco. But it goes both ways, according to own confession of EDI : “Humans are unpredictable and irrational! I literally have no idea what you’ll do.” For reference please see the video here. 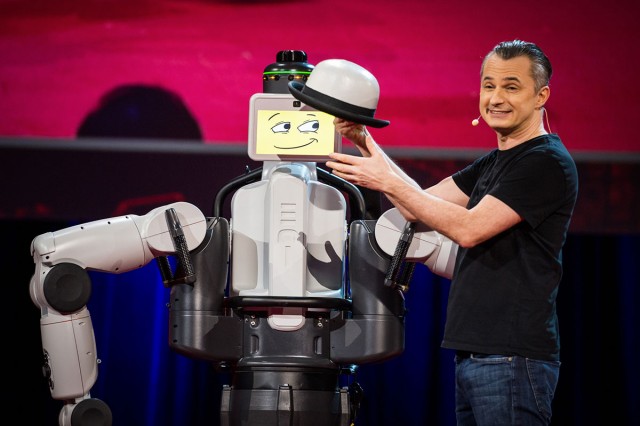 In this video, we can see the presentation of EDI by Marco. Stage performance, halfway between humor and technology, is very successful.  This presentation, light-hearted, is interspersed with small jokes, EDI can even respond to Marco comments in a tit for tat manner! Finally to close the show, the two artists perform a magic trick as a team to convince the most skeptical about the intelligence of the robot. 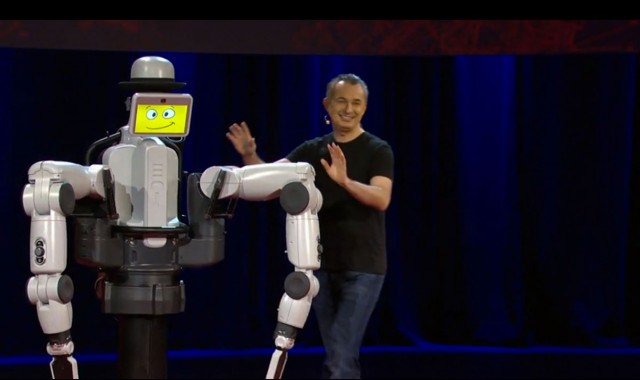 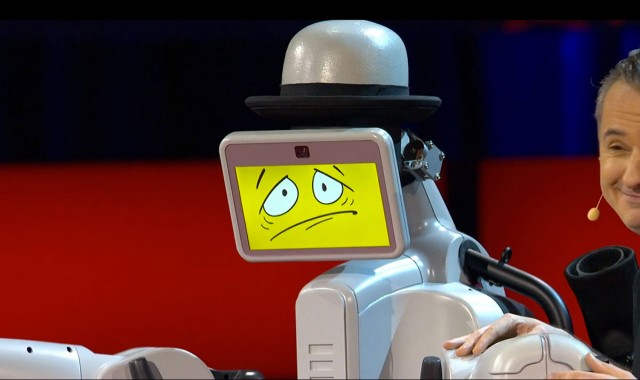 It is amazing to see how robotic intelligence is changing rapidly! In writing, we are really surprised to see a robot that understands and speaks like a human. This opens a wide field of possibilities for their application to real life. As for you, would you have a discussion or make friends with a robot?