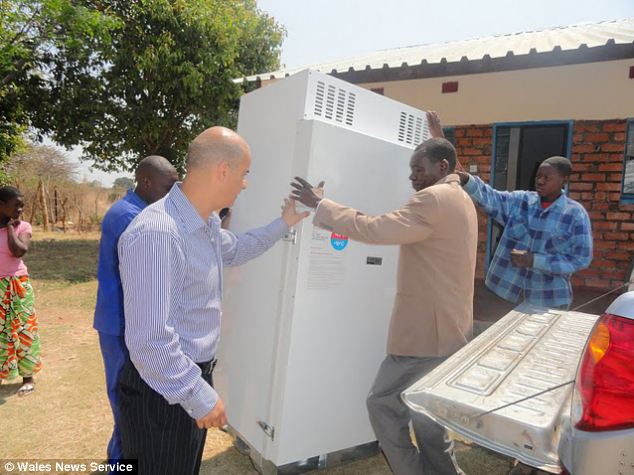 A fridge has been invented by a British inventor that can keep the medicines and vaccines cool for 35 days without power supply. The funding to develop such an amazing machine has been done by Bill Gates who has donated a charity of $1.4 million. The refrigerator can keep the temperature constant at 4C even in areas where normal ambient temperature is at 4C with frequent power outages.

A fridge has invented by a British inventor that can be used to store medicines and vaccines for 35 days without power supply. The aim of the gadget is to save the vaccines and medicines in places where electricity cut is a big issue. For example, take the example of some of the developing countries where electricity shortages hit the common man lives brutally. No need to mention the importance of the life-saving vaccines for suburban areas which are often hit by electricity cuts. The funding to develop such an amazing machine has been done by Bill Gates who has done a charity of $1.4 million for this project.

The inventor, Tan Tansley, has used water to keep the vaccines cool in remote areas. The inventor works for a North Wales based refrigeration company namely, The Sure Chill. The technology is being further developed with the funding of Bill Gates. According to the inventor this refrigerator has been designed for the harsh environments where temperatures can reach till 43°C. In case of conventional refrigerators the vaccines may either freeze or become warm when there is an electricity cut. The purpose of this technology is to ensure that these vaccines reach the children at the most suitable temperature conditions. This may save lives of the millions of childrens across the world.

The inspiration for the technology has been taken from the physical nature of water. Actually the water sinks at 4C and when powered on, ice is formed around the compartment while water at only  4C is used to cool the contents. When the refrigerator powers off, the ice melts and still keeps the temperature at 4C. The refrigerator has its own energy store of water and maintains a constant temperature.

The project is for small kids of far flung areas who die because of the deficiency of medicine and vaccines. The new refrigerators will be functioning in East and West Africa next year hopefully. The company has been recognized by WHO and working in number of countries across the world. The company has already a feather in its cap in the form of a 10-day vaccine refrigerator. The company has sent 200 such machines to Philippines to combat the super Typhoon Haiyan.