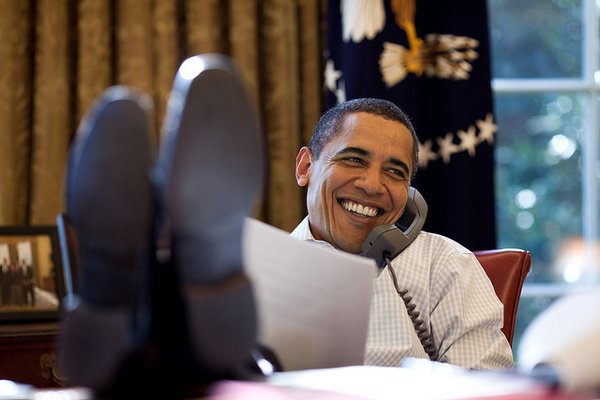 Barack Obama is now considered to be the president of the most powerful country of the world. Hawaiian Of Kenyan origin, he is also a blogger, a lawyer, a singer and friend of film stars. Re-elected the second time, he still faces many challenges like how to revive economy, spur growth, health care reforms and withdrawal from Afghanistan. However, all this does not stop him to spend some time with his family, friends, party members and children. Here, we present the most cool and among them, perhaps, some of most funny photos of Barack Obama.