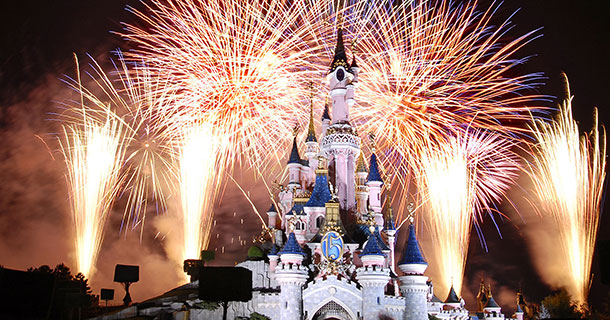 The magical world of Disney theme parks could take a new turn with new entertainments using drones. The Walt Disney Company has filed three patents in this regard.

The American company created in 1923 by Walt Disney just filed three patents for the using drones in its attraction parks for general public. They would include using drones during nighttime to provide a choreography as a replacement for traditional fireworks, or to hang giant floating screens or as a means to manipulate giant puppets.

The first patent application, entitled Aerial Display System With Floating Pixels gives details of a system of drones equipped with a multicolored lighting system, and a ground station for managing the flight paths of this swarm of robots. This formation in the sky gives the perfect illusion of flying pixels, that is why Disney calls it flixels. 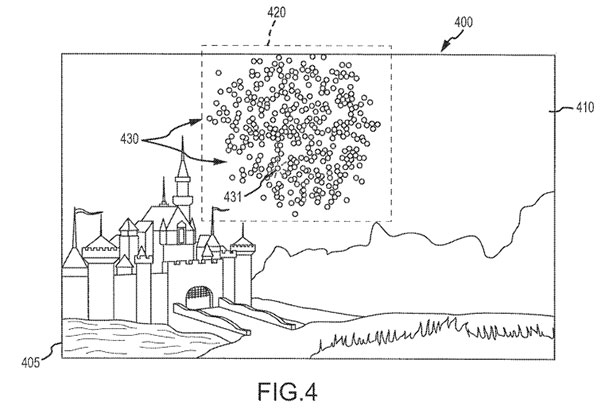 These flixels could fly in a formation to mimic the effect of a firework. These reusable flixels would significantly reduce the cost of entertainment for Disney and would also be less dangerous to the public.

The second patent relates to the projection screens hanging in the air by a group of drones. These would be coordinated from a ground station. These screens will be made of a very thin material to reduce resistance to the air. These screens could take different forms and can act like a wrapping veil.

The last patent which is probably the most audacious one, proposes use of drones to manipulate a giant puppet. Each drone will be connected by wires to the puppet. This system would also fly the puppets. 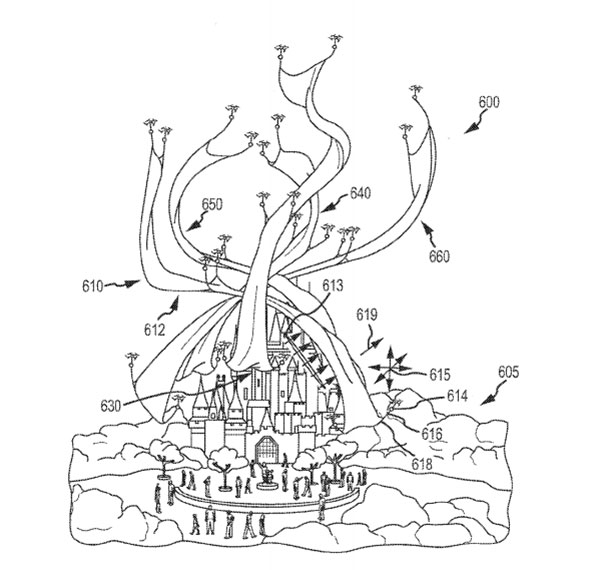 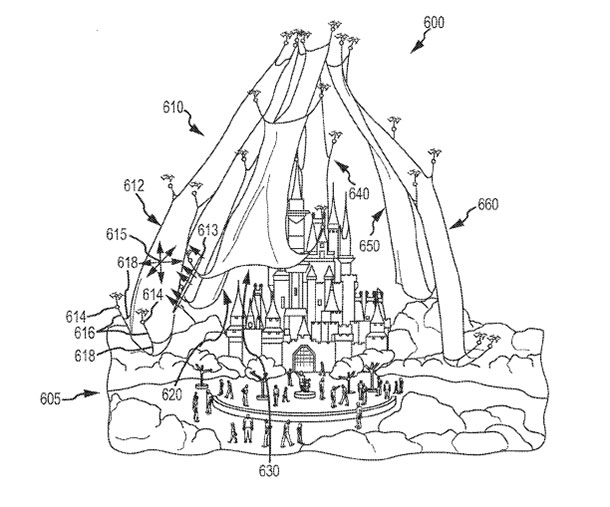 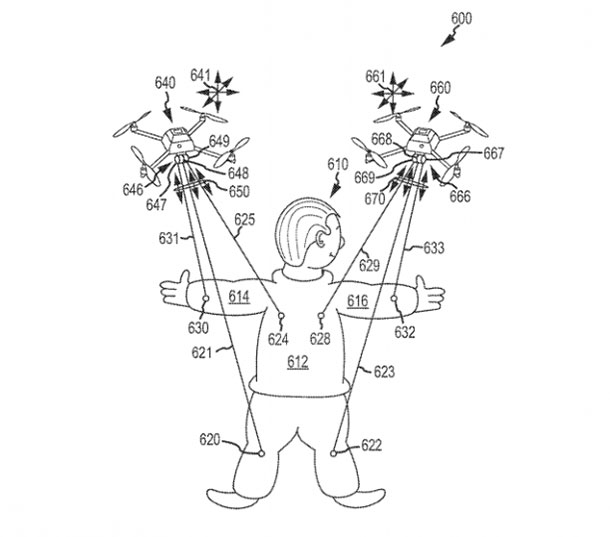 Disney is also developing other robotic concepts for application in its parks. Do you like such new attractions using drones?