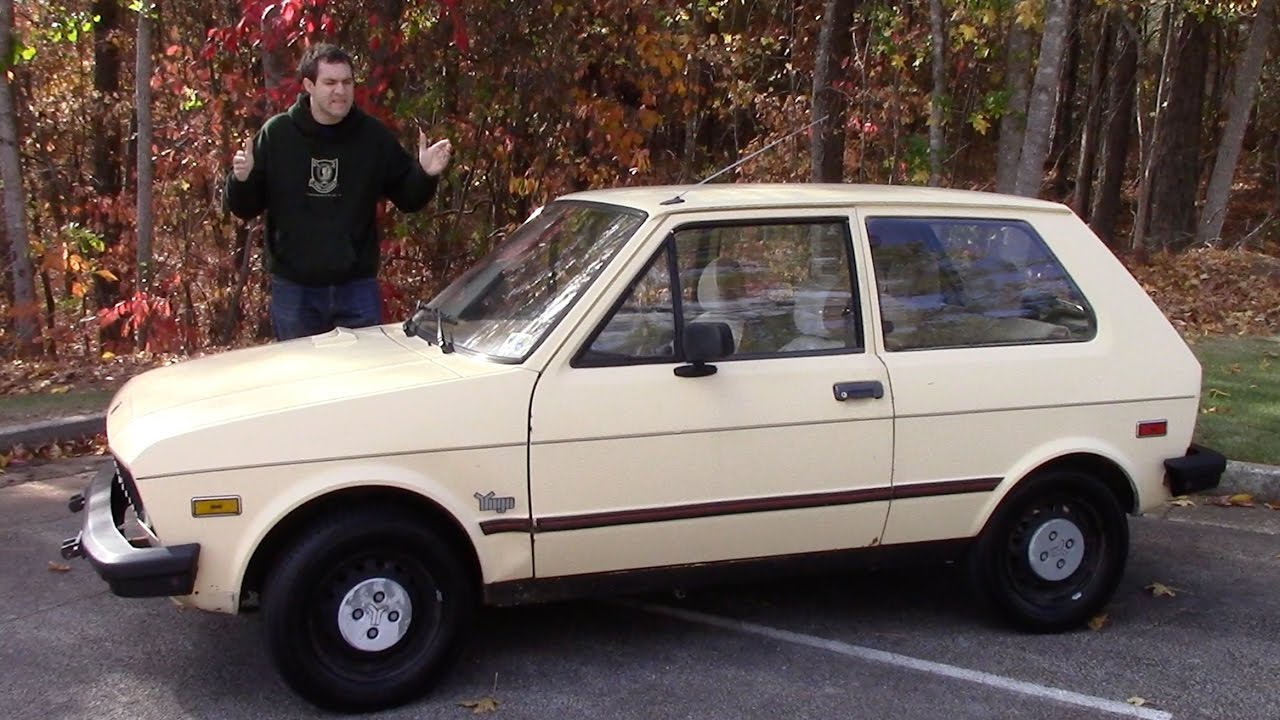 The story of the Yugo is one of automotive lore. Looking back now, it has been over 35 years since the car was first introduced. It’s hard to believe people were lined up for a brief period of time to buy one. Little did those owners know they would be the laughing for decades to come. So how did the Yugo ever end up in the U.S. in the first place? That alone is a bizarre story and that is a thing of business legend.

So, What’s the History of the Yugo?

The story behind this car is hard to believe. The Yugo, of course, comes from the country where it was made, Yugoslavia. This tiny car is considered an engineering failure. It was just too small, too ugly, broke down too much and frankly killed or maimed a lot of people in accidents.

Way back in 1984, businessman Malcolm Bricklin was facing tough times and nearing bankruptcy. Being in the automotive business, Malcolm scoured Europe for cars to import into the United States. He checked out England’s fist and looked over Jaguars. Next, he headed off to Serbia and then made a last-minute decision to go to Yugoslavia. That decision would change automotive history forever.

Mr. Bricklin checked out the Yugo at the Inter-Continental Hotel parking lot and just shook his head. He was desperate, and so he decided to take a look around the company’s factory the next day. The factory was aptly named “red flag.” They not only made the famed Yugo there but also produced machine guns. He noticed how dirty the factory floor was. Workers smoked while working inside the cars, with dirt and grease all over their shoes. He just shook his head and tried to find anything positive about the vehicle.

Yugo Cars Were Cheap and Also Cheap to Insure

The only positive thing seemed to be the price. It cost a mere $2,000 in wholesale, and that was sweet music to Malcolm’s ears. He calculated he could import the cars into the United States and sell them for about $3,990. There were really two selling points. The first was the super cheap price of under $4,000. The second was the cost of insurance. Popular quote comparison site AllianceInsurance.net claims liability car insurance for the Yugo back then was less than $1 per day. This means people on a low budget could finance and insure their new Yugo for about $100 per month. Those were the big selling points.

People Lined up to Buy One

It didn’t take long for word to get out that a new European car was hitting the U.S. market for under $4 grand. Dealers lined up all over the country to sell the tiny cars. People also lined up to get their hands on one. In just one day, over 1,000 Yugo’s were sold. Malcolm thought all his troubles were over and he’d be rich, very rich. He was wrong.

Yugo’s not only had major quality problems but were slow, with a 0 to 60 miles per hour time of 14 seconds. Even worse, the top speed was a boring 86 miler per hour. Yugo’s barely generated enough speed to be on the Freeway. Car magazines like “Motortrend” lambasted the vehicles quality and horrific performance. People took notice and sales plummeted.

Today, you can still buy a used one, but they are no longer manufactured. The Yugo was made by the Zastava Company, from 1980 to 2008, in what’s today Serbia. Due to political forces, Malcolm Bricklin was forced to stop importing Yugo’s in 1992.

The Yugo engine produced about 54 horsepower and topped out at 3,000 rpm, with a maximum torque of just 77 nm. It weighed just 1,860 pounds. The Yugo was one of the slowest cars sold in the U.S. at the time. You could race a moped next to a Yugo and probably win. That’s just how slow they were. In fact, a current-day Corvette could reach 0-60 MPH, then turn around and go back to the starting point and then turn around again and catch the Yugo before it reached 60 MPH. That’s one reason why so many people made jokes about Yugo’s.

So, what are They Worth Today?

Yugo’s are still being sold on the used car market in 2019. One dealer in Florida recently listed one with just 46,000 miles for $4,499. That means the car has appreciated in the last 30 years. While it’s hard to believe, many people collect these cars, although the market is not too strong. Only a handful of old Yugo’s is sold each year. Most are crumpled up in trash heaps at junkyards all over the country. For a very few, they are trophies for a long-lost time, the time when Yugo’s put around U.S. roadways.