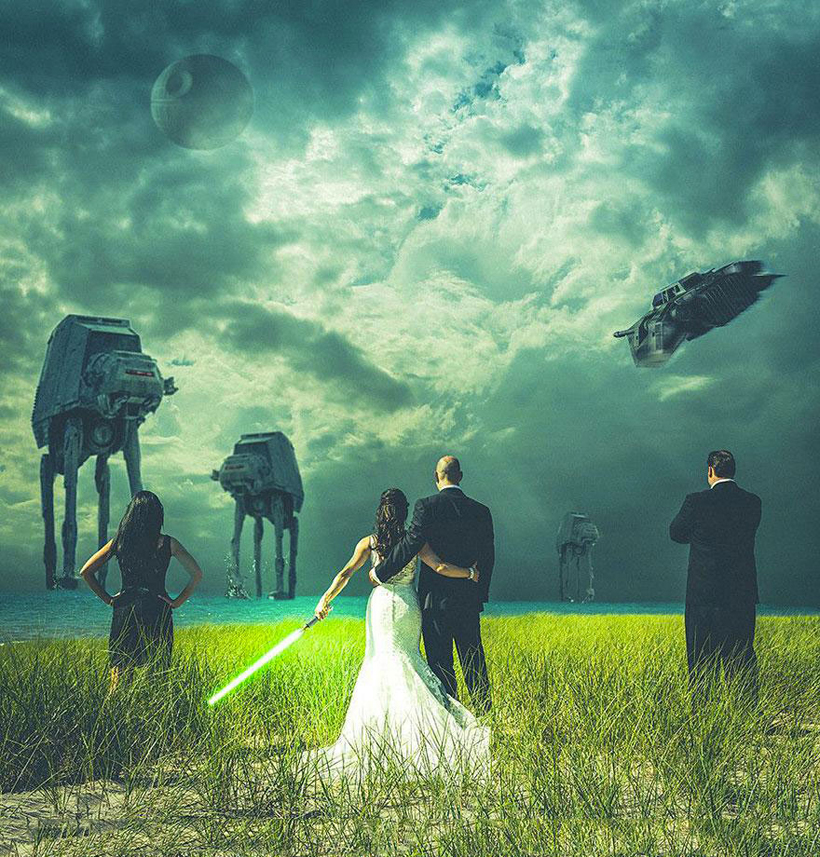 A new trend of madness in marriage photos is invading the world. In this trend! the newlyweds immortalize their commitment through increasingly geek and crazy shots, the dinosaurs, giant robots or creatures from movies like Star Wars invade the marriages.

Recently  Quinn Miller, a photographer, had invited T-Rex on the wedding photo of a young couple. It seems that this hilarious photo gave a novel idea to the newlyweds as this phenomena is growing rapidly in the world! So what about a wedding photo in which quadripodes of the Star Wars movie or a hungry horde of bloodthirsty zombies is found? After seeing these photos, you will never see the wedding photos in the same way!

Attack of the T-Rex

With these pictures, the couples will surely keep a lasting memory of this day! Can you imagine pictures as crazy as these to for your wedding?