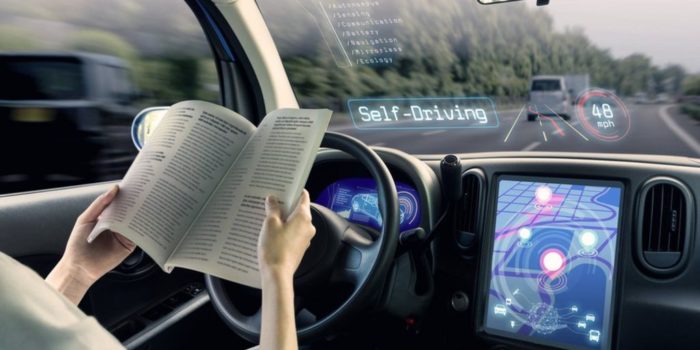 Visionary people have been toying with the idea of self-driving cars for decades. Since 2010, technology has made great strides. On streets all around the Google headquarters in the Bay area, it is not uncommon to see ghostly cars with no human occupants driving around. As the technology for self-driving cars is tested, refined, and perfected, the chance of these vehicles making their way into garages across the country is becoming more likely.

History of the Self-driving Car

People have been fascinated with the idea of a self-driving car since as early as the 1920s, with early models being radio-controlled. These early prototypes were controlled with remote control devices through a variety of methods. Their dependence on antennae and a radio control operator made them less than practical, and the idea of the RC self-driving car eventually fizzled out. Inventors started toying with the idea of computer components controlling cars as early as the mid-1980s, and the idea has gained more traction as computers have become more sophisticated. Most of the components in a modern vehicle are at least partially controlled by computers, so refining them to become self-driving is getting easier.

Race to Be The First

With cars becoming more advanced and adding smart features like lane control warnings, back up cameras, blind spot sensors, and automatic braking, it’s not surprising that many car manufacturers have begun experimenting with making their cars completely self-controlled. Companies ranging from Mercedes to Mazda have been testing different models with computer control since the early 2010s. The race to make a car that is fully autonomous has been ongoing for a while, and it is likely to be a new company that paves the way for well-known consumer brands to follow suit. Companies like Tesla and Waymo are currently the farthest along, but there is not a fully autonomous car available that is road ready. While cities have endeavored to offer self-driving taxis by this year, the kinks are not fully worked out yet.

One challenge of autonomous vehicles is safety. Early models of self-driving cars have been involved in fatal crashes primarily with pedestrians. Before unleashing a fleet of autonomous cars onto U.S. streets, it is important to work out glitches with the technology that compromise the safety of the passengers in the car and others who may be sharing the road. Another very real threat to owners of self-driving cars is hacking. It is already possible for hackers to hijack various components of current cars and take over control. The inability to protect owners of autonomous cars from these types of attacks is unsafe and could be potentially dangerous to the passenger depending on what the hacker intends to do with the car. Like other computers, the systems that govern these types of cars may also be vulnerable to viruses and malware that could disable certain components of the car. At the moment, regulations on self-driving cars are primarily being done at the state level, and as of 2019, only 29 states had regulations on the books, according to a Vox article titled “It’s 2020. Where Are Our Self-Driving Cars?” by Kelsey Piper.

Looking Toward the Future

Many companies are working hard to turn the vision of the autonomous car into reality, and some experts expect technology to quickly evolve in the next decade. While carmakers like Tesla are pushing to have a self-driving car completed and ready to be sold by 2021, other experts are less optimistic. A January 2020 article on The Drive titled, “Key Volkswagen Exec Admits Full Self-Driving Cars ‘May Never Happen'” by Chris Chin explores the reality of expectations within the industry. “The CEO of Volkswagen’s autonomous driving division recently admitted that Level 5 autonomy—that’s full computer control of the vehicle with zero limitations—might actually never happen.” This executive is an engineer named Alex HiItzinger and he believes that drivers will always need to pay attention to the road, regardless of whether they have an autonomous car. Technology is fallible, after all, so it may be necessary to override the self-driving function in the event of an emergency or to avoid an accident.
While car technology has come a long way since the days of the radio-controlled car, it doesn’t look like an affordable autonomous car will be available to the average driver in the near future. But these cars may be on the horizon within a decade. Right now, you can drive your Mazda or another model of vehicle with all of the automated components that help make you a better driver and keep you safe on the road. To protect your investment, check out your Mazda Extended Warranty Options to keep you from having to pay out of pocket for those parts in the event that they break down and need to be replaced.