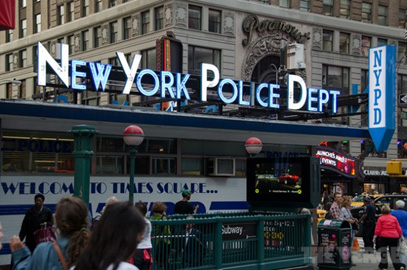 Since a few months, the New York Police Department (NYPD) has been issued 400 Android smartphones on an experimental basis. The smartphones are installed with a special android application that enables them to access every information necessary in the fight against the crime: verifying the license plate, checking the driving license information, the information about gun charges, criminal records and above all access to the live camera feed from all parts of the city on the smartphone screen.

This new technology would eventually replace their on board computers that require a significant amount of time to access information, particularly because of a rather complex authentication system. So smartphones have the advantage of being faster and more mobile. These smartphones cannot be used to make calls as the smartphones are blocked and network communications are encrypted.