To make us aware of the situation of the homeless, an artist presents us with striking black and white portraits of them. He wants to highlight their fatigued faces which sometimes have surprisingly sparkling eyes. We let you discover the work of this artist.

Photographer Lee Jeffries is based in Manchester. He captures the portraits and stories of the people we often pretend not to see: the homeless. He began this series of portraits in black and white after his meeting with a young homeless woman. He says some strange thing forced him to go and talk with her, and her perception of the homeless is changed forever.

The photos below are of homeless, Jeffries encountered while traveling in Europe and the United States . ” I made an effort to get to know each of the homeless person before asking his permission to make his photo portrait ,”  the photographer says, ” I can not change the lives of these people. However, this does not stop me to raise awareness and draw attention to their plight.  ” 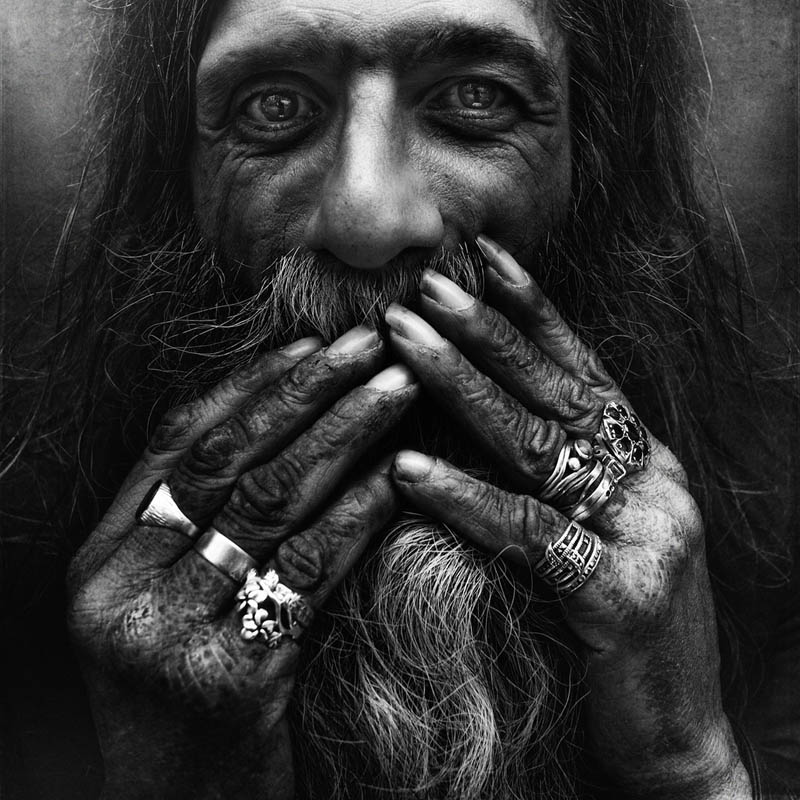 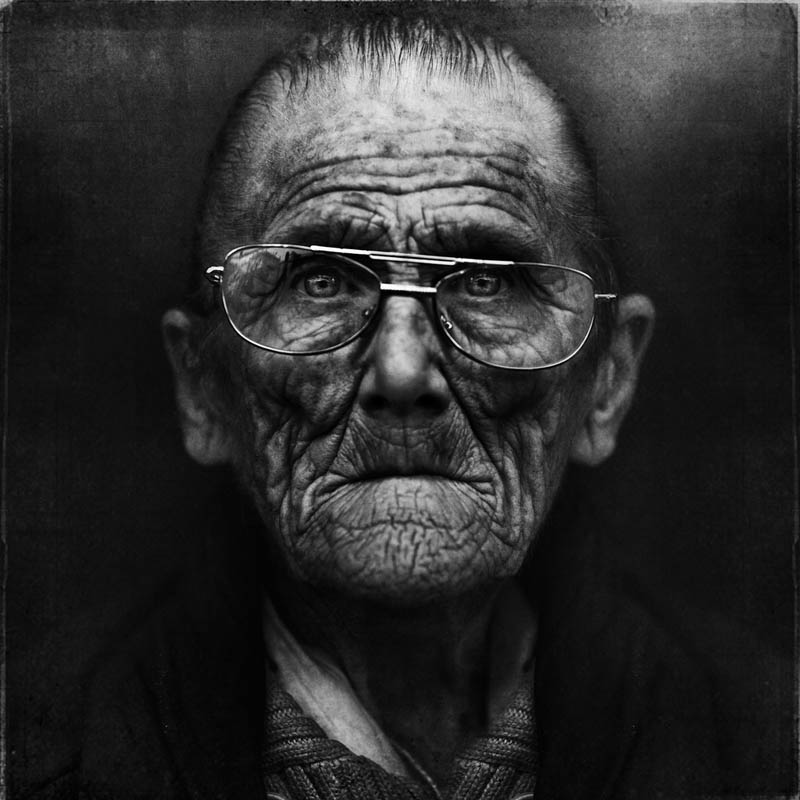 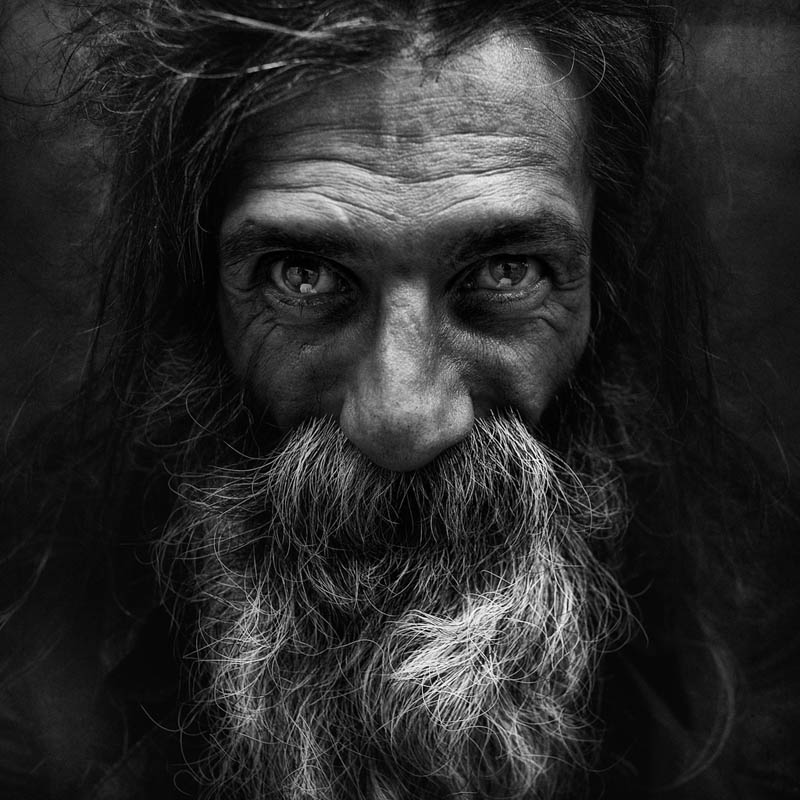 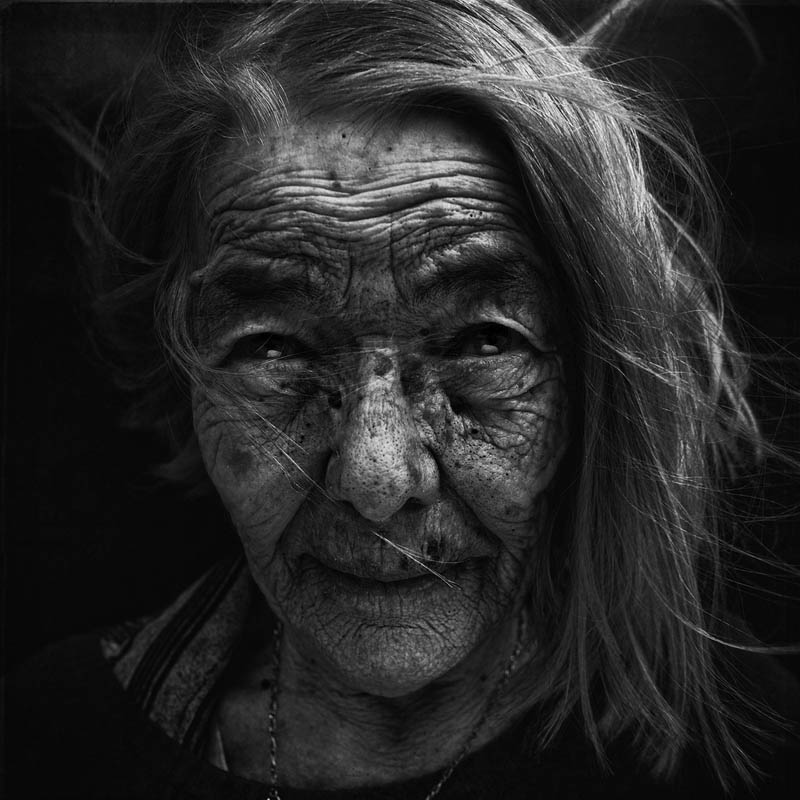 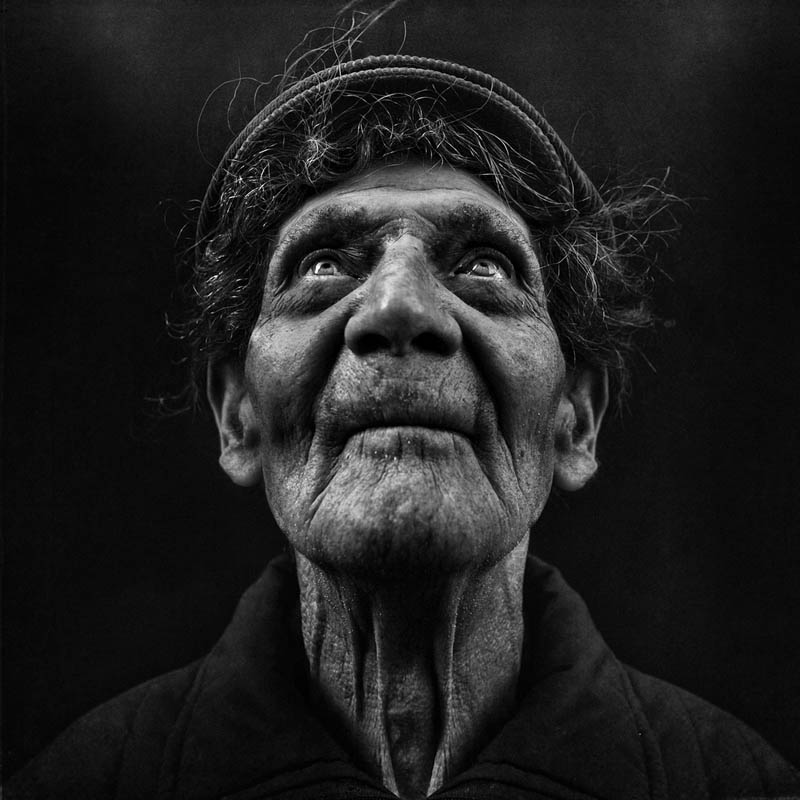 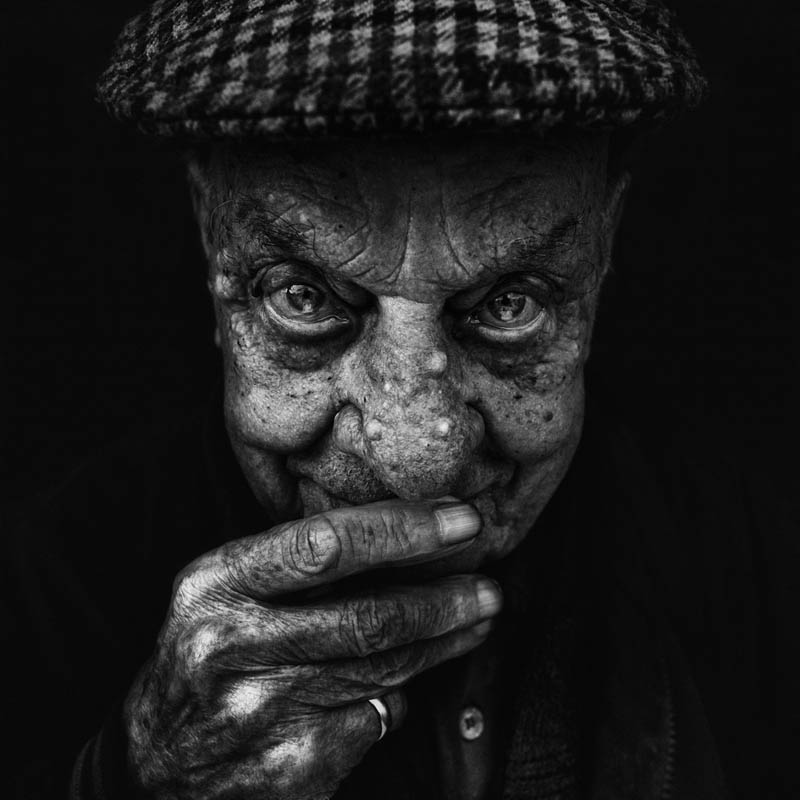 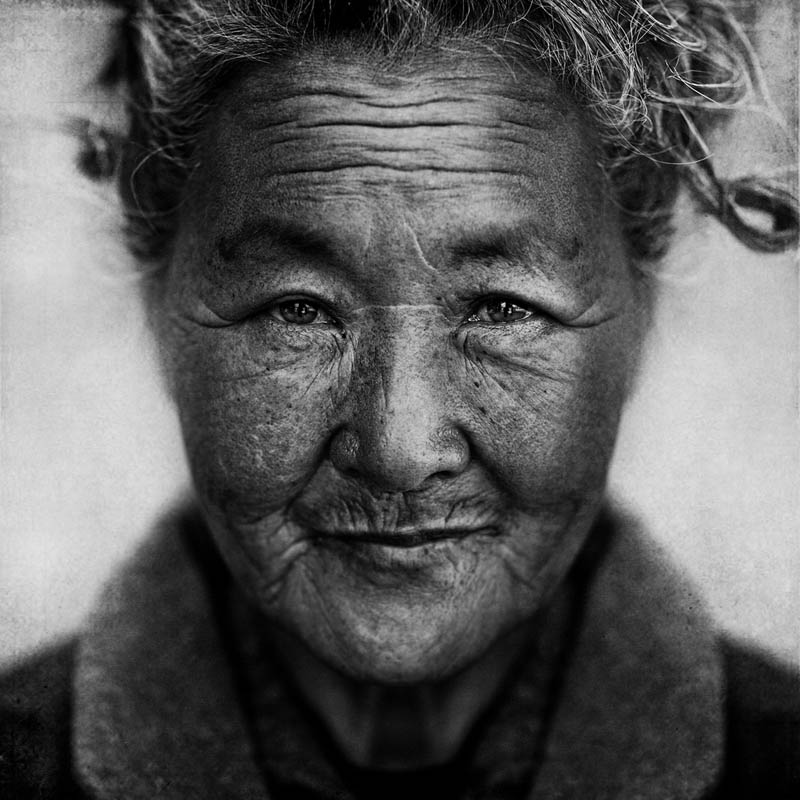 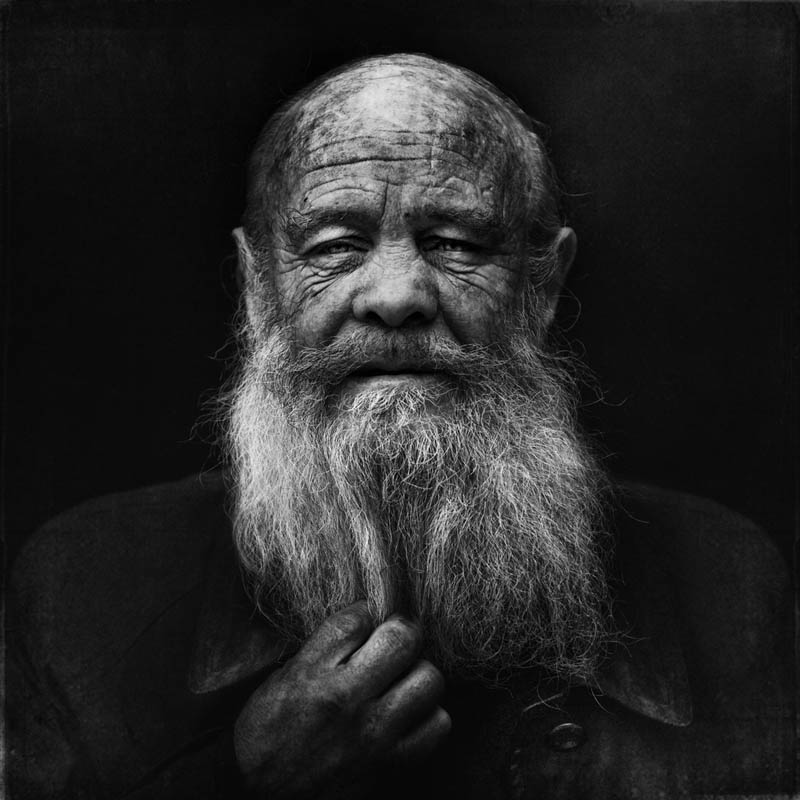 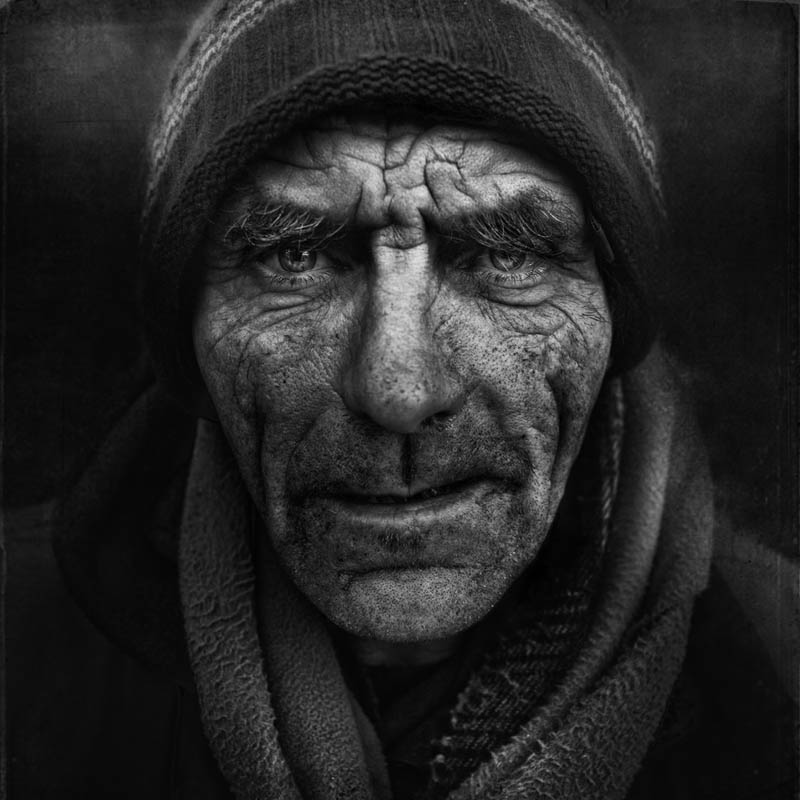 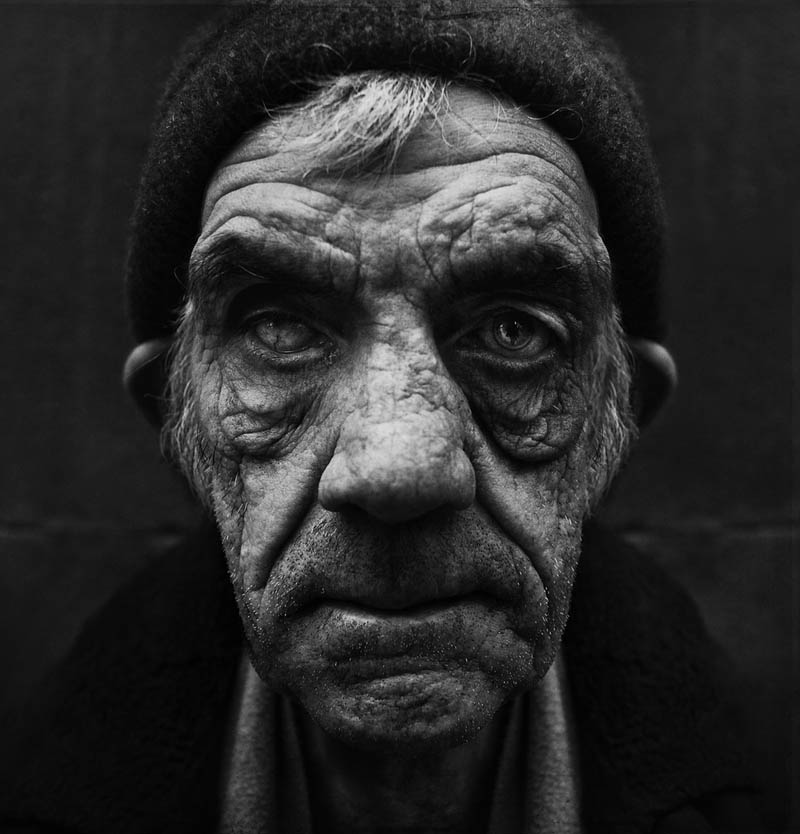 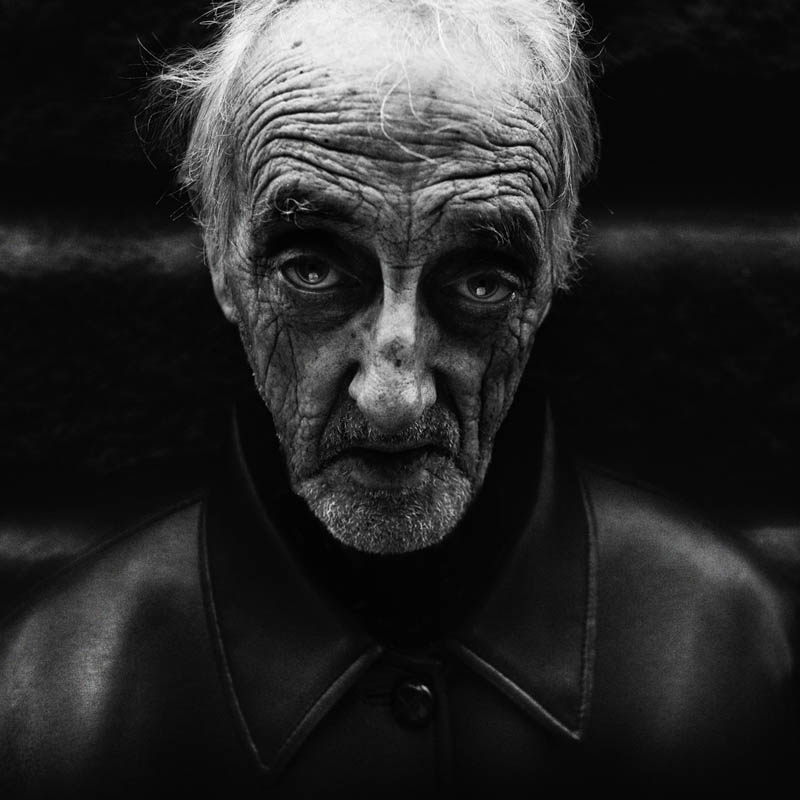 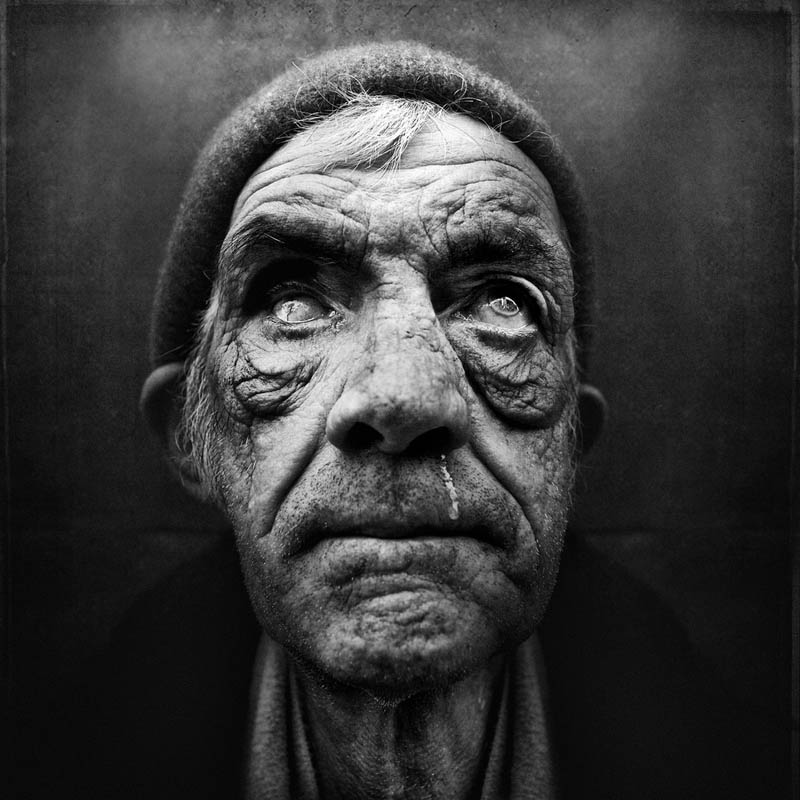 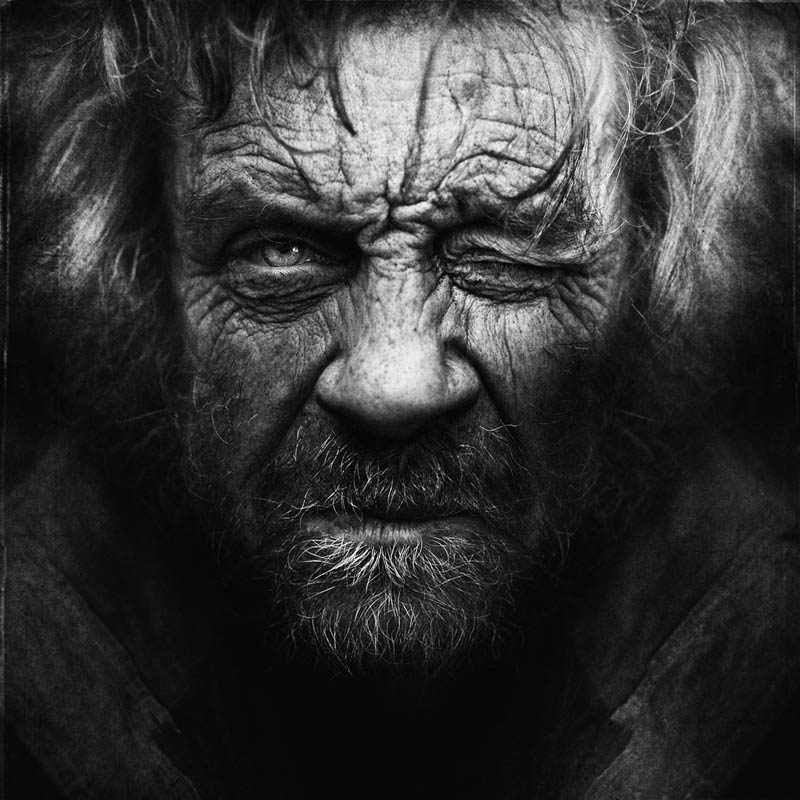 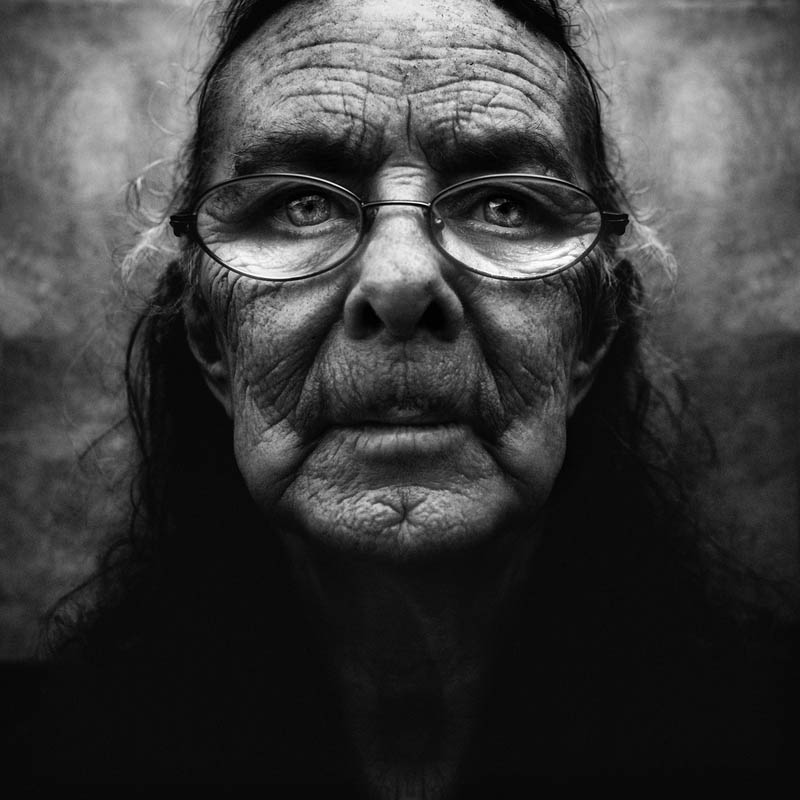 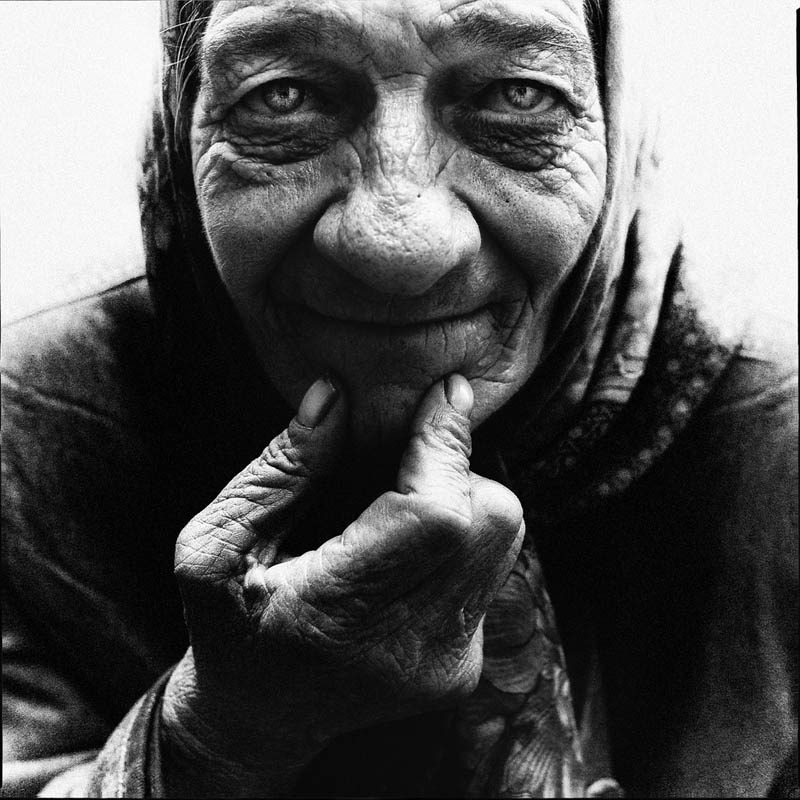 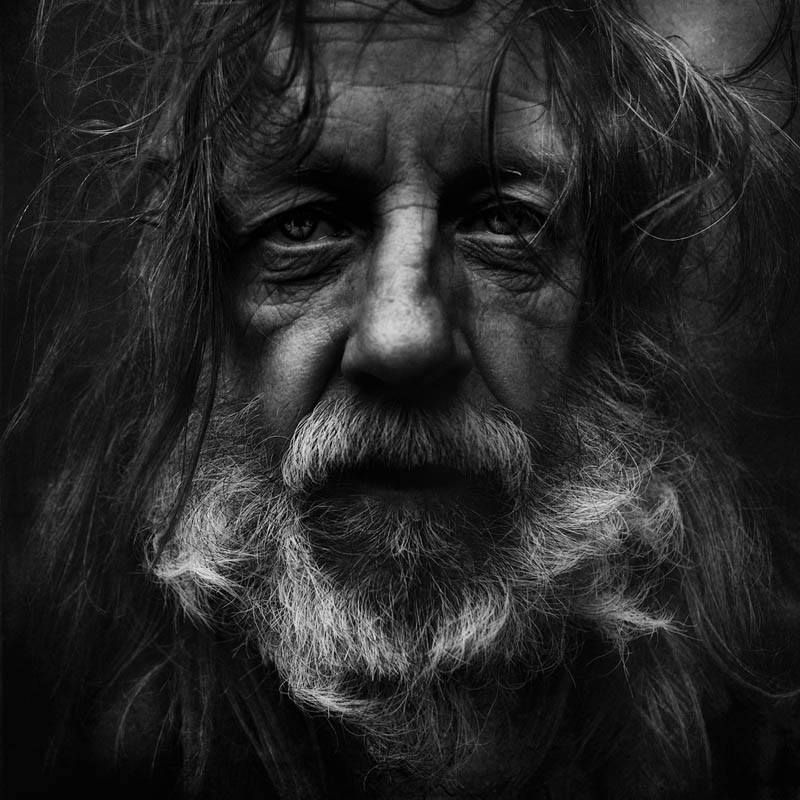 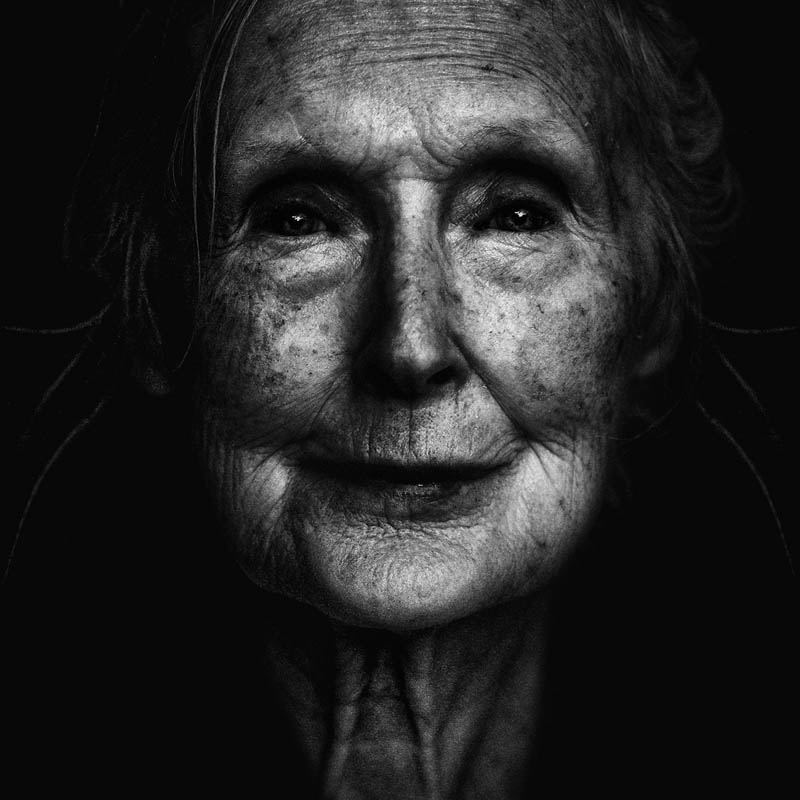 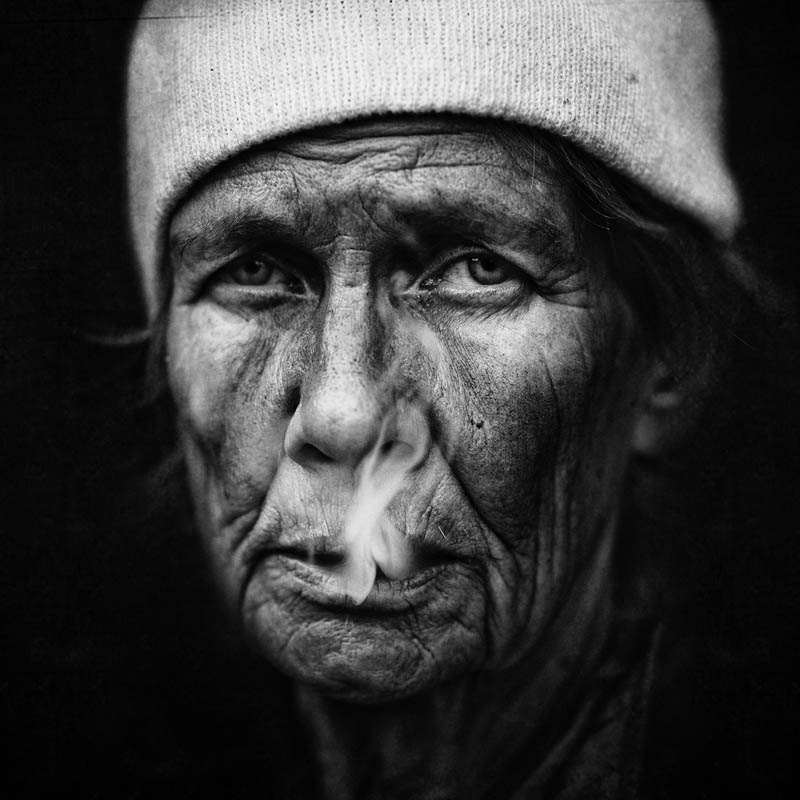 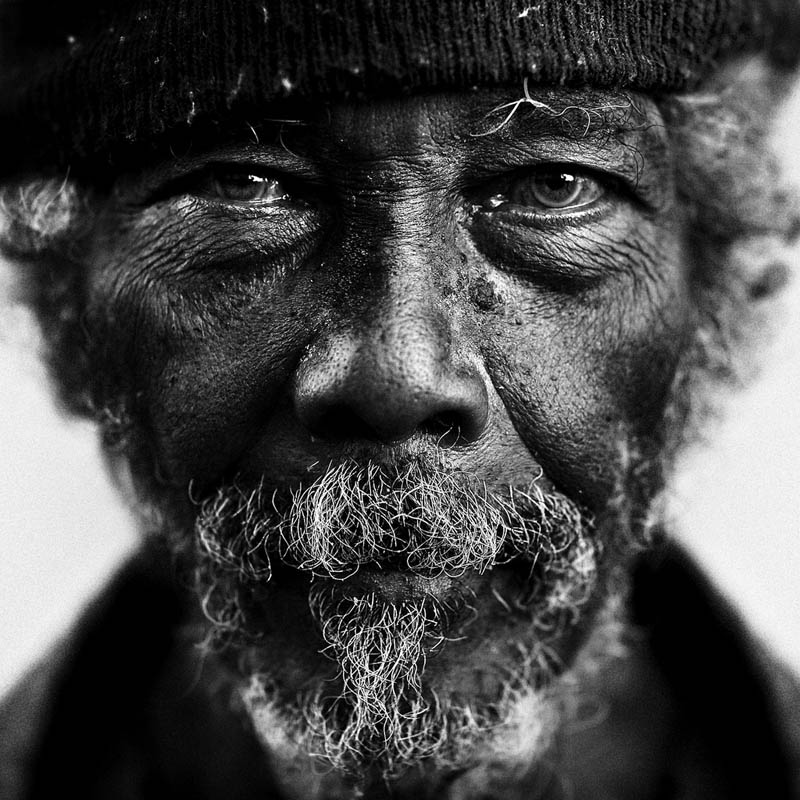 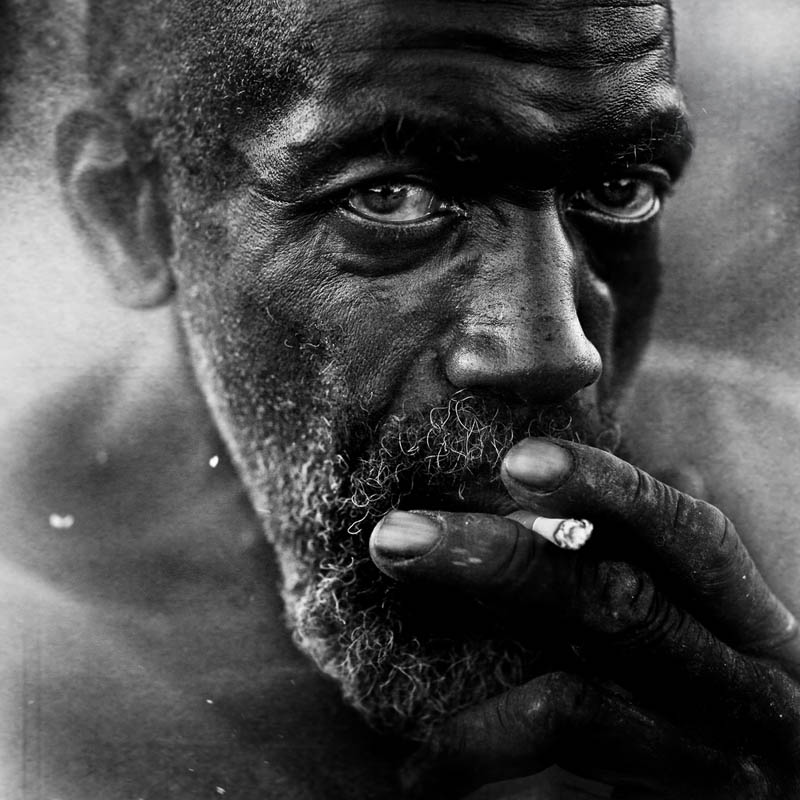 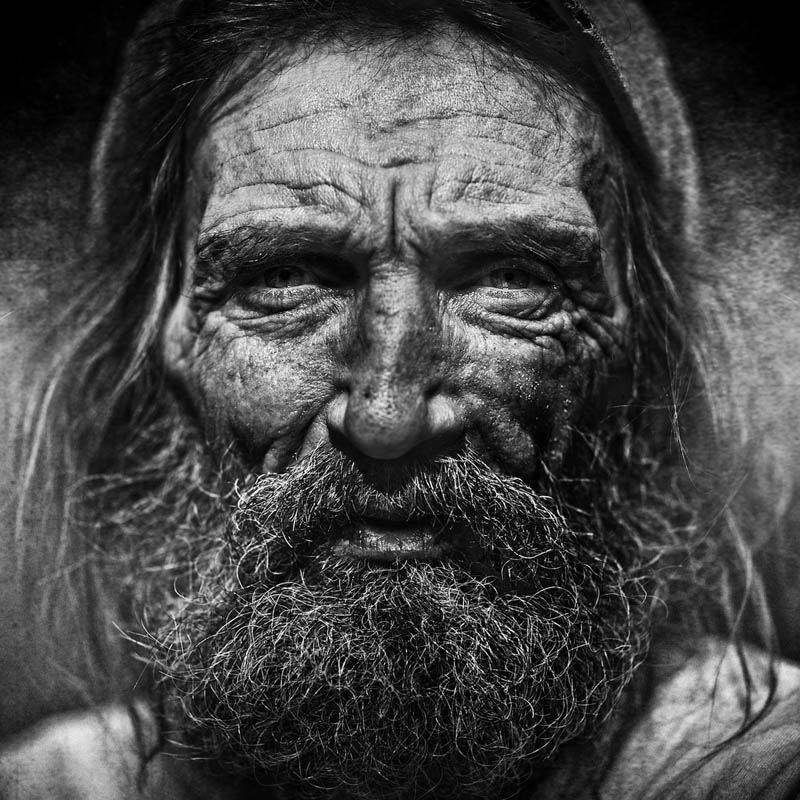 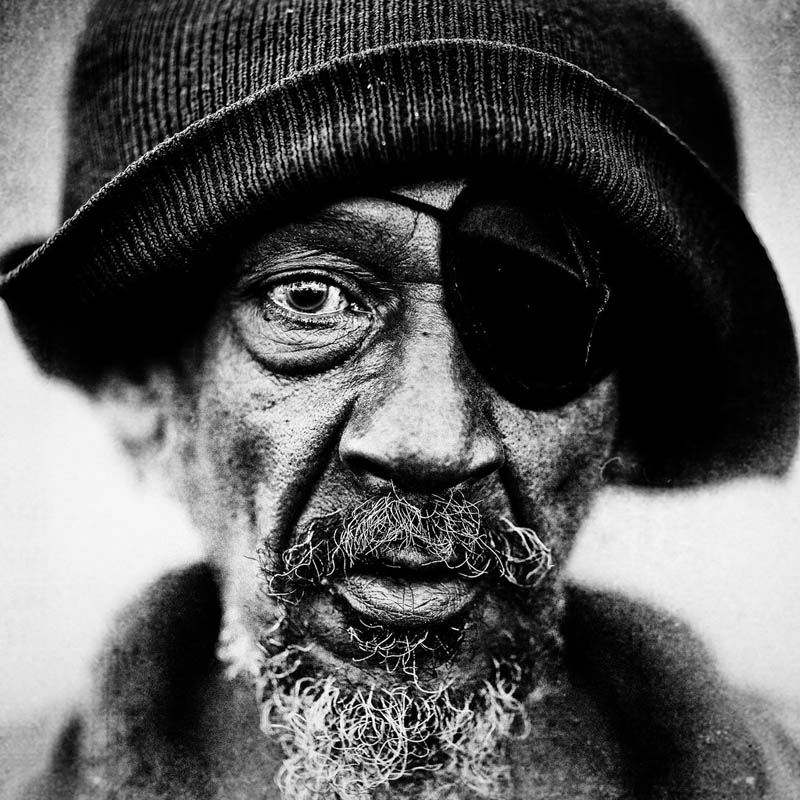 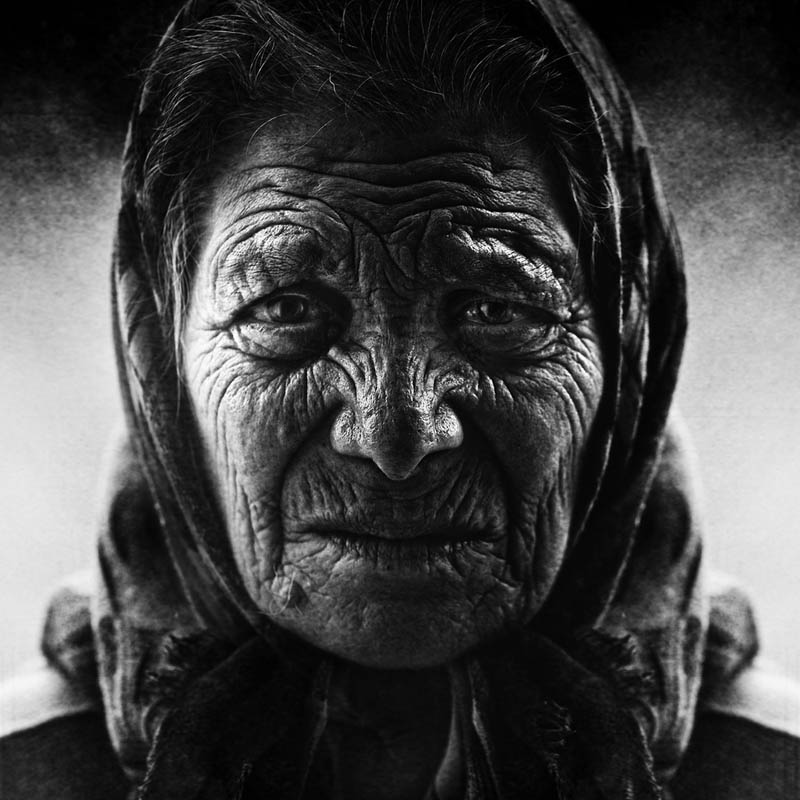 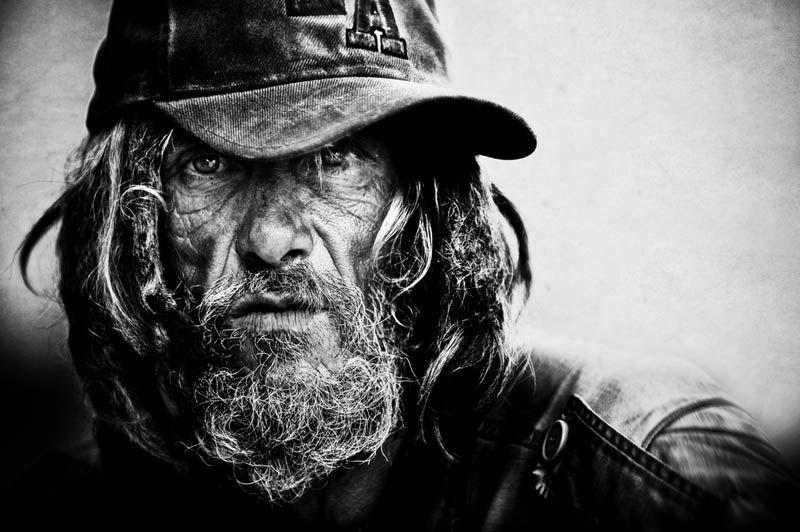 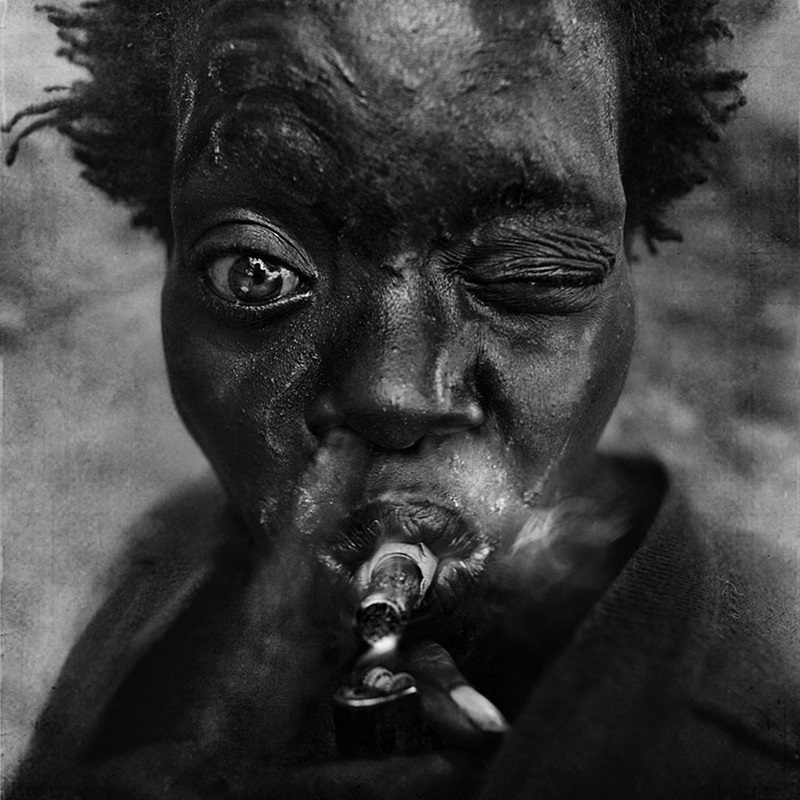 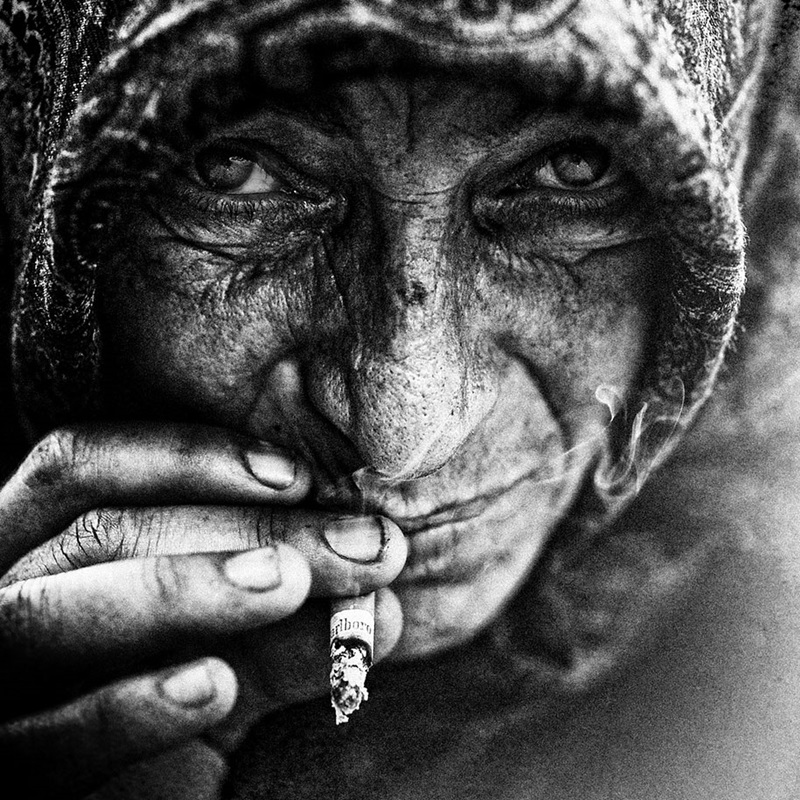 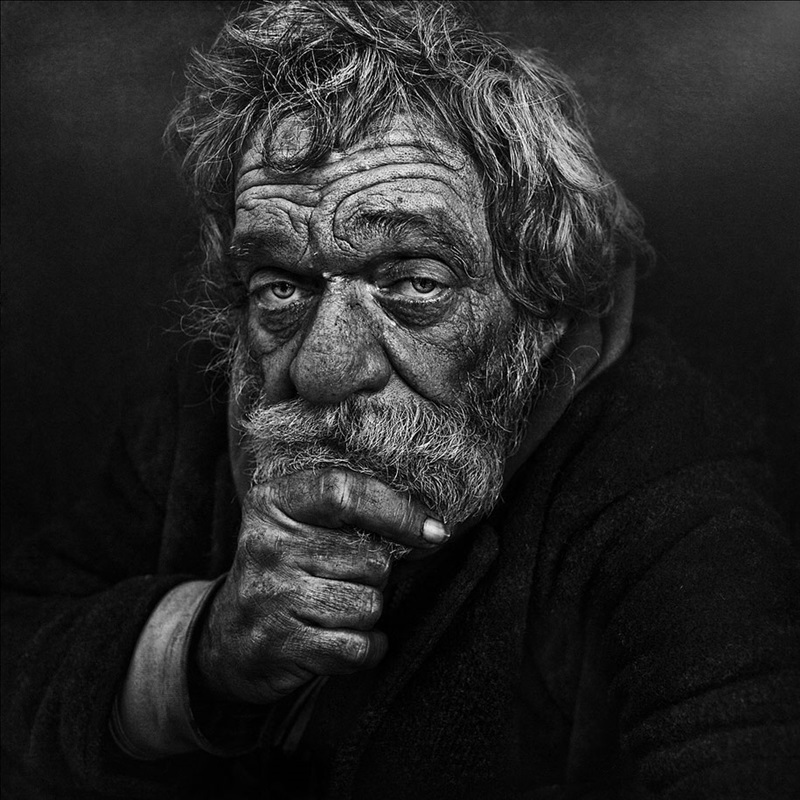 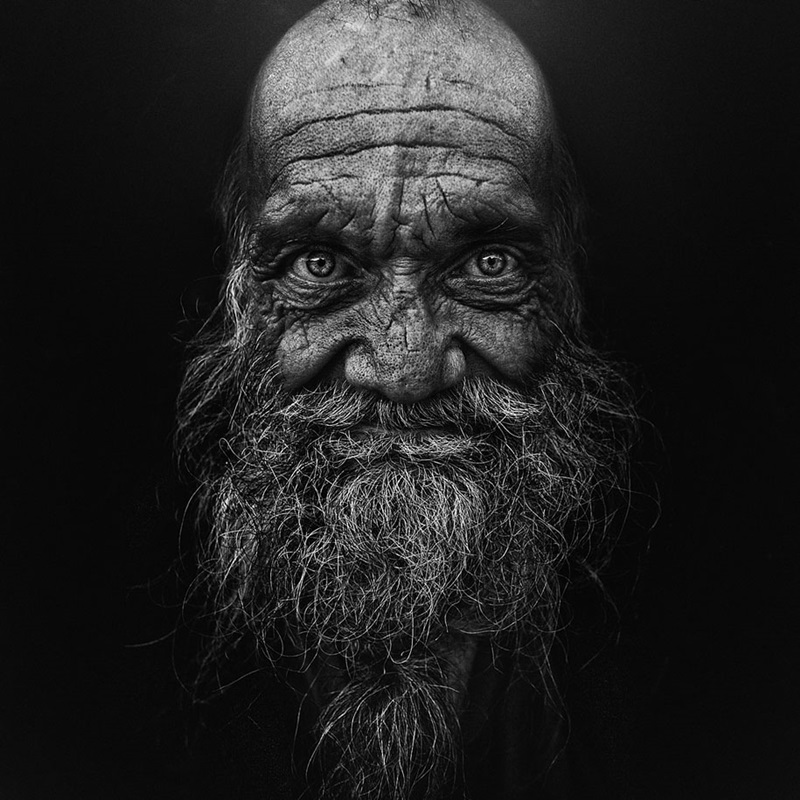 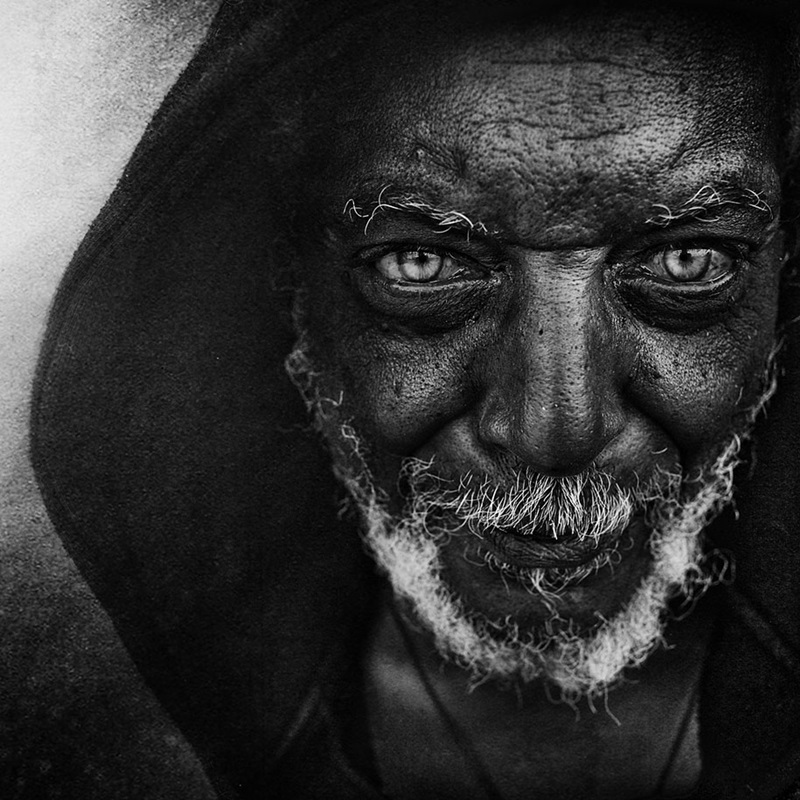 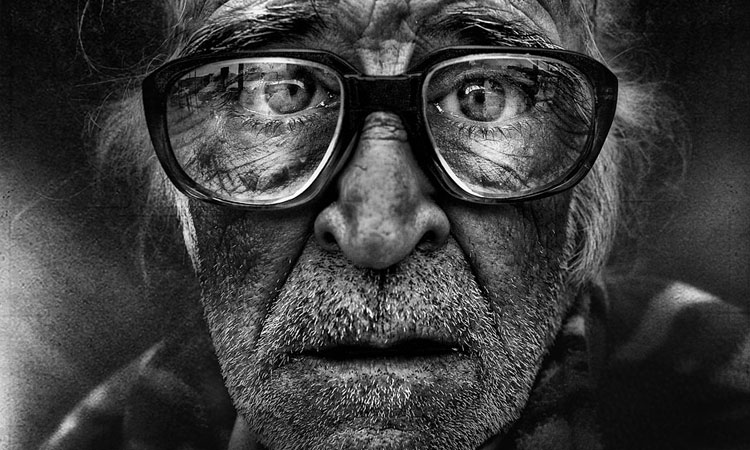 A series of striking portraits made by this artist, who has toured major cities to reach out to these homeless people. Detailed close-ups of intense looks, wrinkled faces and scars hinting stories. We loved the work of this artist. These are pictures full of symbols and very touching. And you, which picture effected you the most?