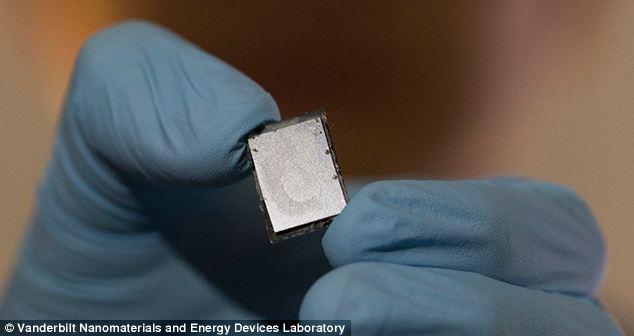 New radical battery technology will soon be able to charge the mobiles within minutes. The mechanical strength of newly developed technology means that walls, car chassis and even mobile casing can be turned into a charger.

The technology is based upon the concept of super-capacitor that is able to charge your mobile in few minutes. The material used to construct new battery comes in the form of a wafer. The technology is developed at Vanderbilt and researchers have made a successful a prototype of the technology. It is a bit different from the traditional batteries as here charge is stored on a film of porous materials instead of a chemical reaction as is the case of traditional batteries.

According to the scientists, “These devices demonstrate -for the first time as far as we can tell – that it is possible to create materials that can store and discharge significant amounts of electricity while they are subject to realistic static loads and dynamic forces, such as vibrations or impacts.” Pint and Westover have made this incredible technology that differs in way the electricity is stored. There is no chemical reaction involved in the storage of the charge instead a layer of porous material is used to store the ions.  This results in charging and discharging to be completed within minutes and the battery can have a life of millions of cycles unlike traditional batteries with just few thousand cycles.

The pint is one of the researchers who developed this system. According to him the beauty of the new technology lies in the fact that the charging process can now be integrated into the materials which are used in the construction of batteries. This will revolutionize the way we build our batteries. you will no longer need plugs or external power supplies while on the travel.   The energy stored in these batteries is ten times less when compared with modern lithium ion batteries however the charge lasts a thousand times more.

The researchers have published their work in Journal Nano Letters in which it is claimed that the system is able to work even when subjected to 44 psi pressure. The newly designed system can even work flawlessly in the environment with vibrational accelerations of more than 80 gm. The plus point is that the storing capacity is not affected by the mechanical changes. According to the researchers the super-capacitor is able to store more charge in unpackaged structure as compared to a packaged structure. The super-capacitor is also able to bear intense static and dynamic forces.