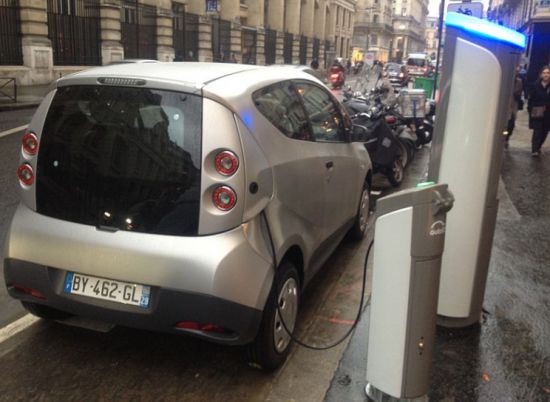 In Germany, about 8,000 electric vehicles are currently in service. While total number of cars registered in the country are 43 million. The main obstacles to the adoption of electric vehicles are: a higher purchase cost, reduced range, the lack of charging stations and the duration of the recharge. On this last point, the provision of supercapacitors could both shorten this the charging time, as well as, optimize the recovery of part of the energy during braking.

Rechargeable batteries are characterised by the amount of energy they can deliver for a given weight during a given period of time. Currently with equal weight, a supercapacitor can only store about 10% of the energy of a rechargeable battery. The European project ELECTROGRAPH has been launched to meet the challenge of increasing this capacity. It is coordinated by the Fraunhofer Institute for Manufacturing Engineering and Automation (IPA) in Stuttgart (Baden-Württemberg, Germany). The consortium consists of ten partners, both the research institutes and the industry. The project will enter in its final phase in the summer of 2014.

Technically, in super capacitors, the energy is stored in the form of charged particles attached to the electrode. For this particular application, electrodes with a larger electrode surface area have been developed. Graphene seems a suitable material as an electrode, replacing carbon typically used in supercapacitors. The space between the electrodes is filled with an electrolytic liquid, more specifically an ionic liquid. The combination of graphene electrode with ionic liquid would be ideal to operate at high voltage. Tests have shown an increase in the storage capacity of these electrodes by 75% as compared to supercapacitors currently in the market. According to the project coordinator, Carsten Glanz, researcher at IPA, future vehicles will use several of these supercapacitors batteries. Distributed in the vehicle, they will be used in periods of high demand, for example, during the acceleration.  These capacitors will lighten the overall load on the battery and its size may be reduced.