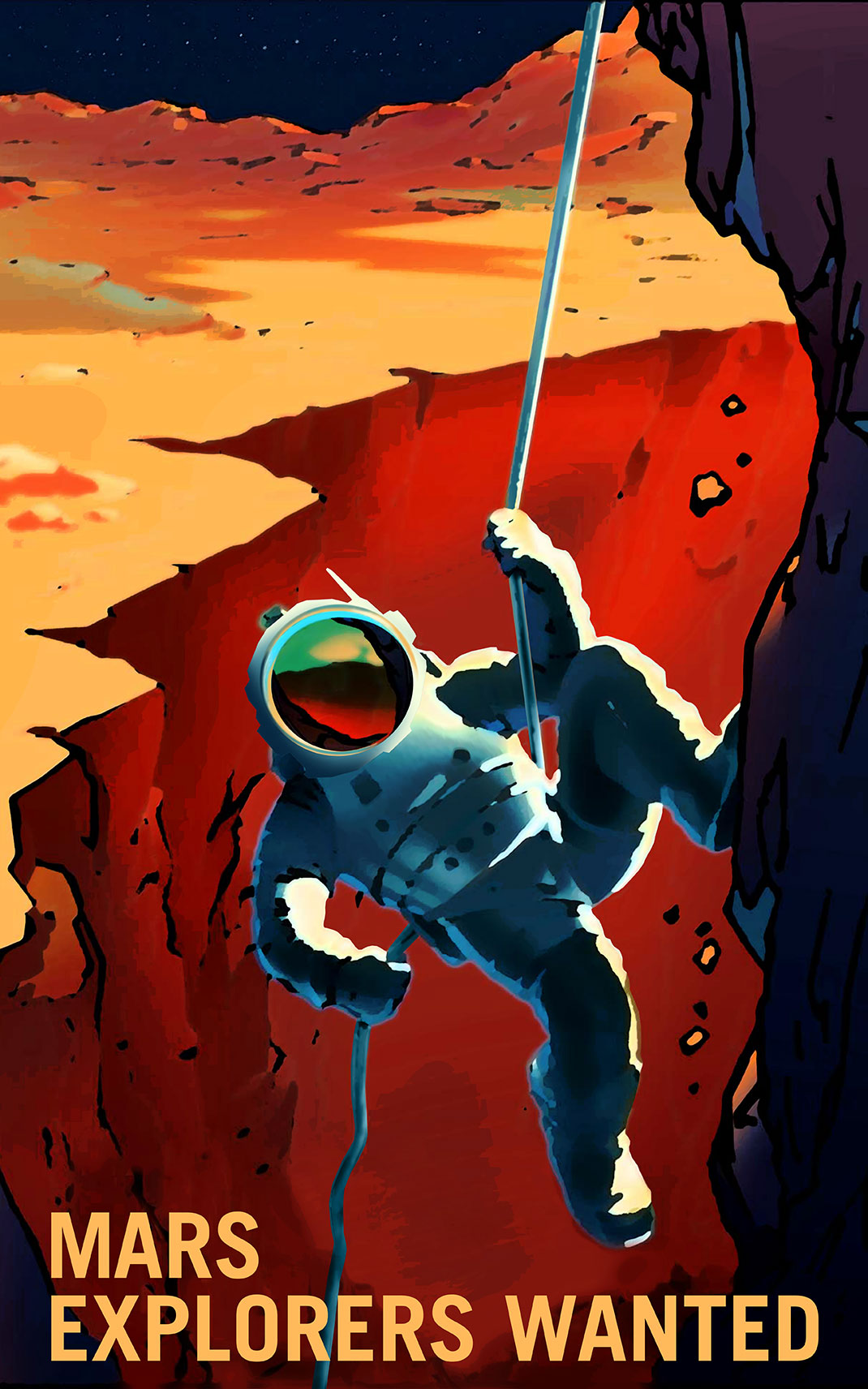 The conquest of space is open to all! In November 2015, NASA announced that it would recruit candidates to work on the Moon and Mars in the 2030s and its recruitment campaign is just great. Here are the posters it made public in June 14, 2016, upon completion of recruitment.

It is not without humor that NASA has designed its poster: between the Uncle Sam and science fiction style, As part of the exploration of Mars, it expressed needs for farmers, technicians, surveyors, teachers, to participate in the mission. She released all its posters on the website of the campaign “Search explorers of Mars” and opened them for download. For those who have stars in their eyes and want to become an astronaut, should know that the recruitment campaign is unfortunately over since February 2016. 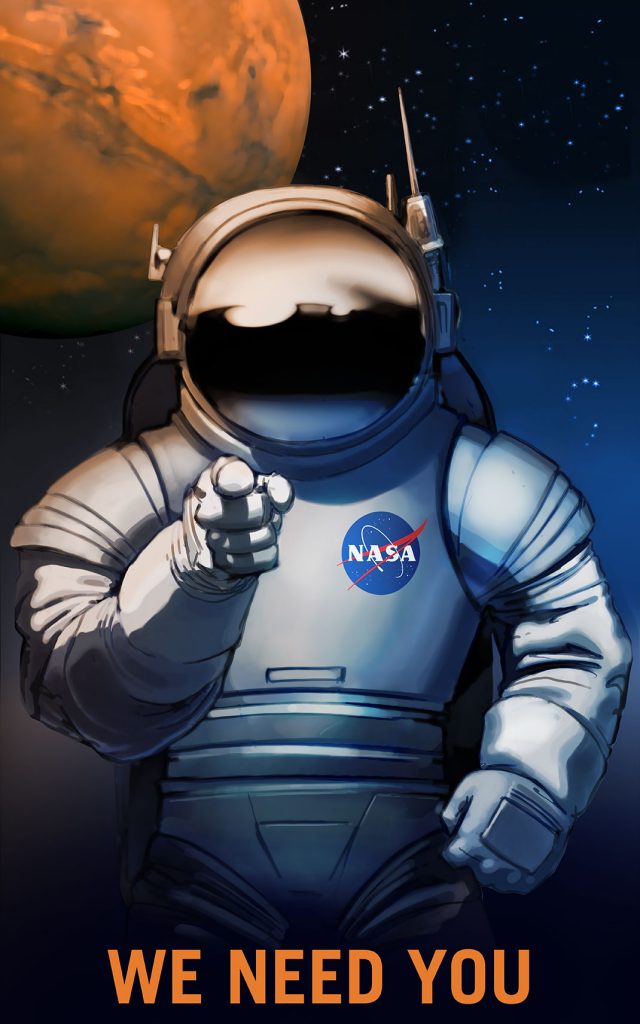 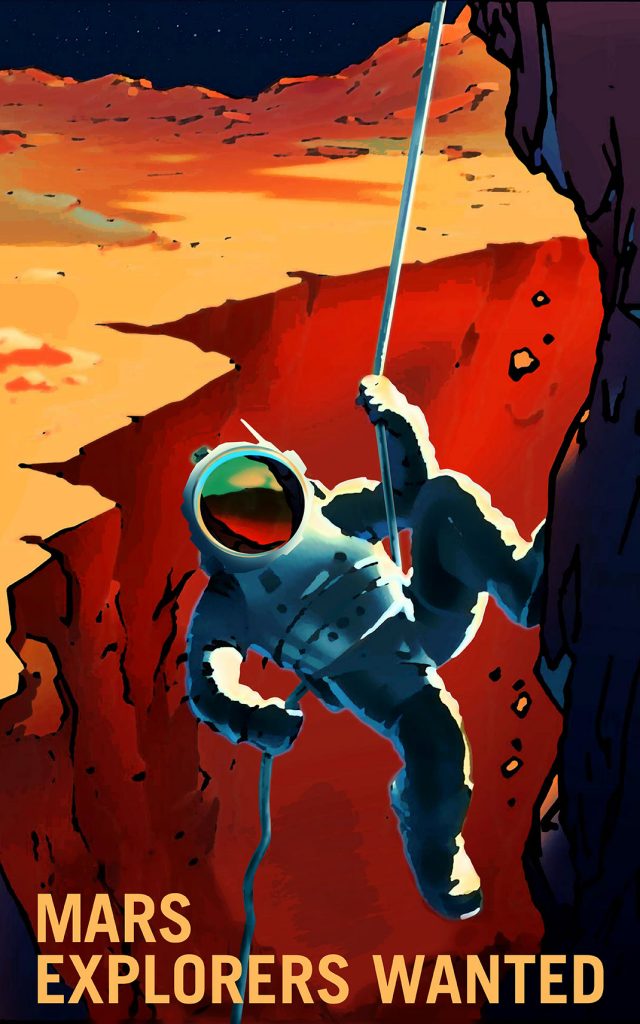 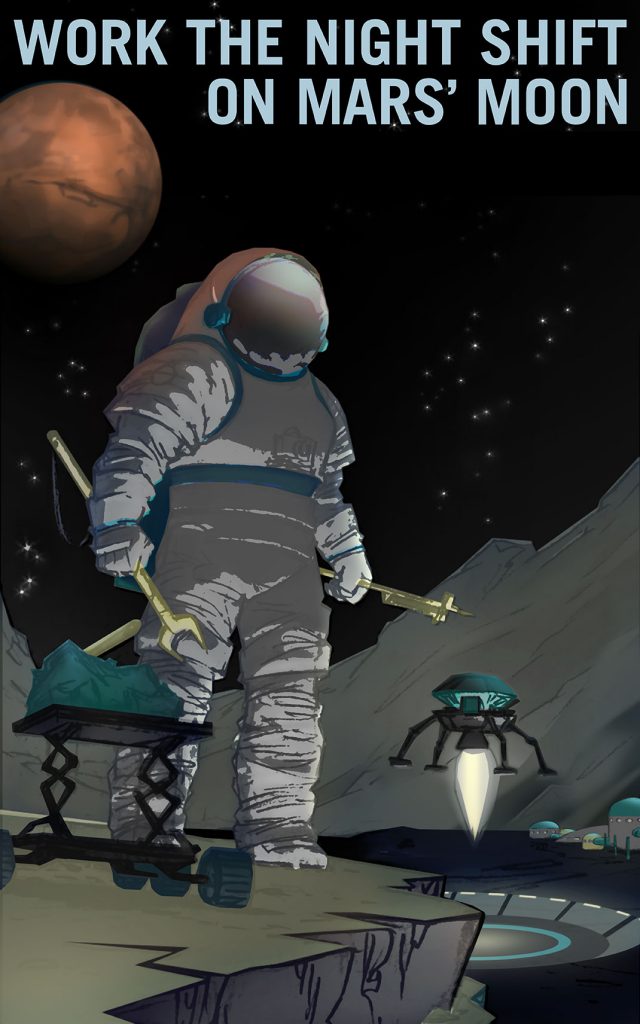 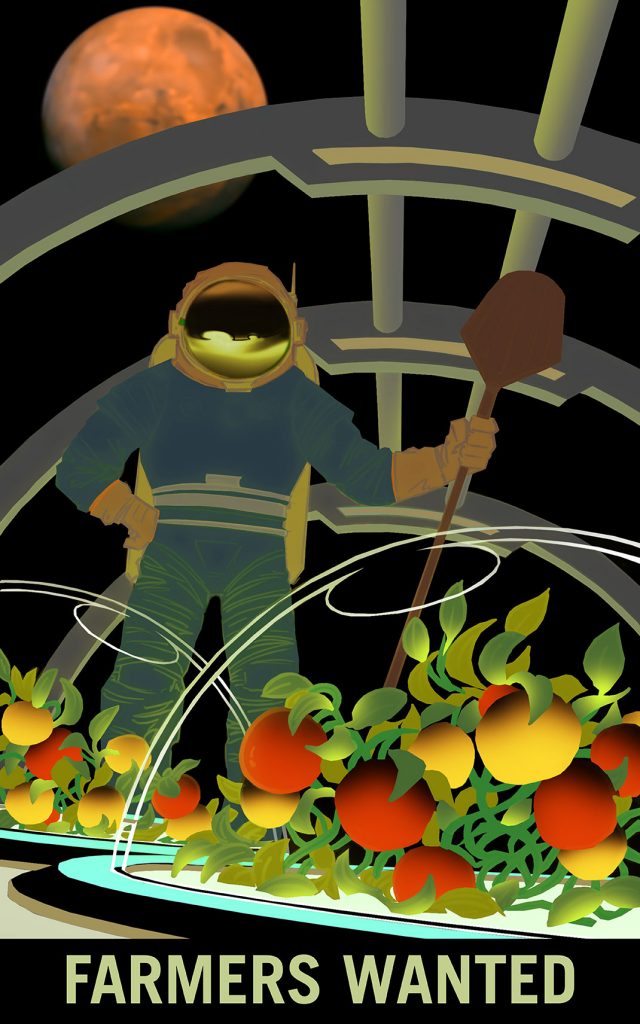 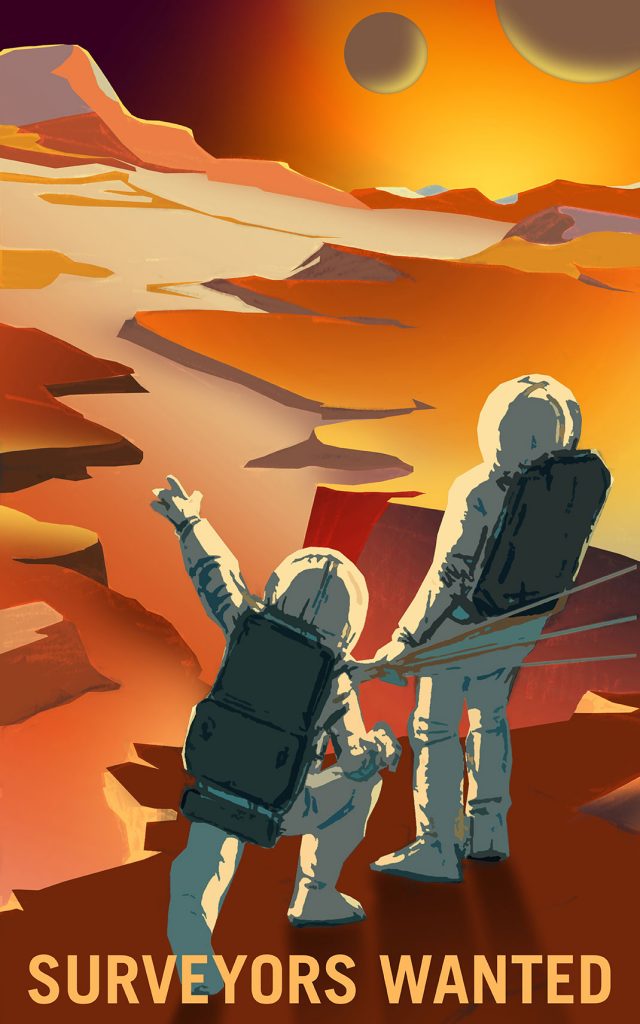 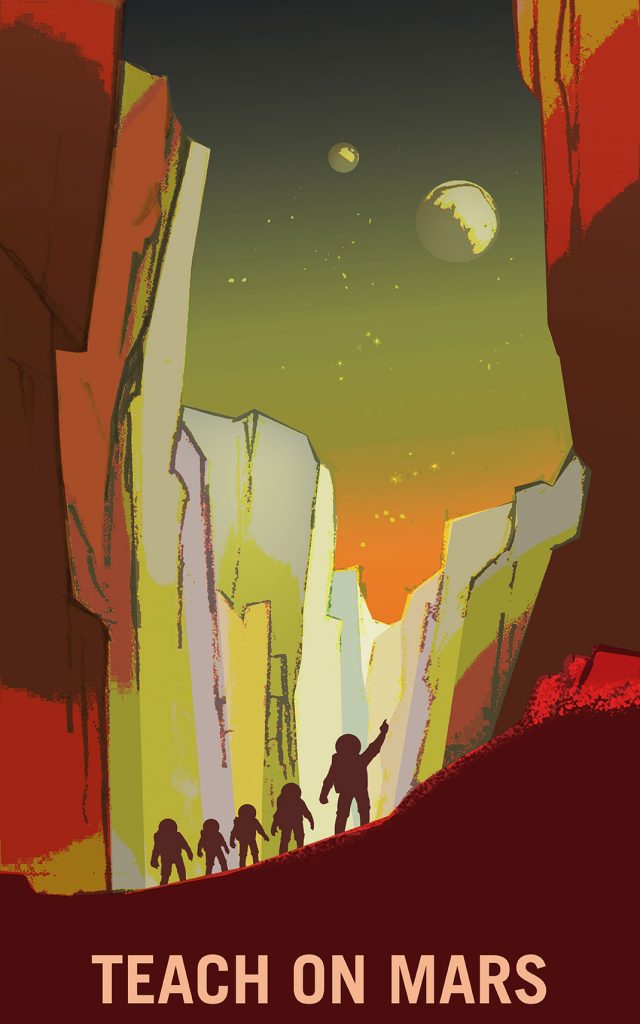 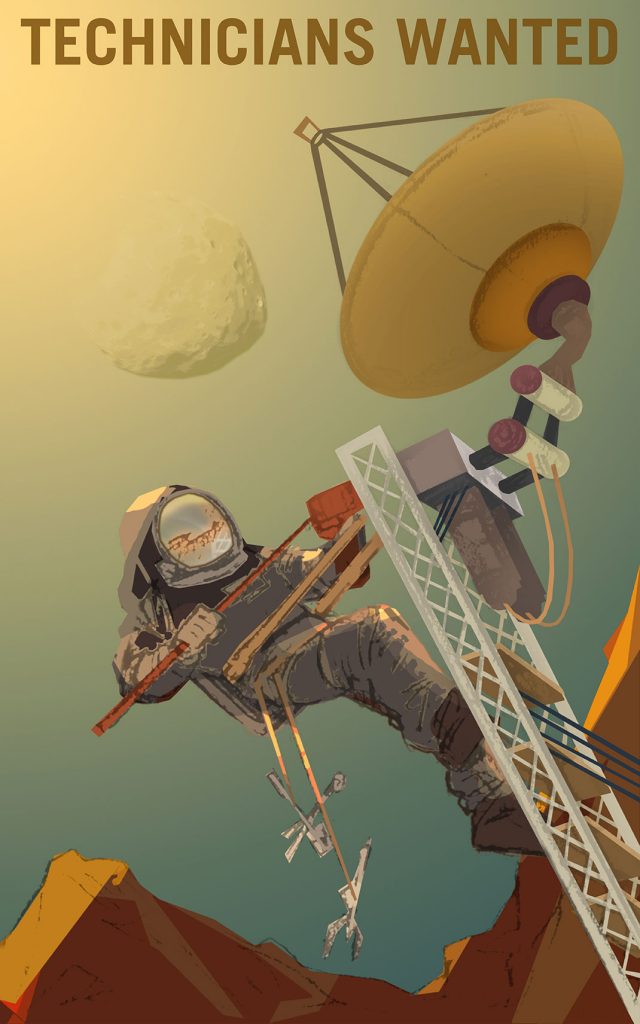 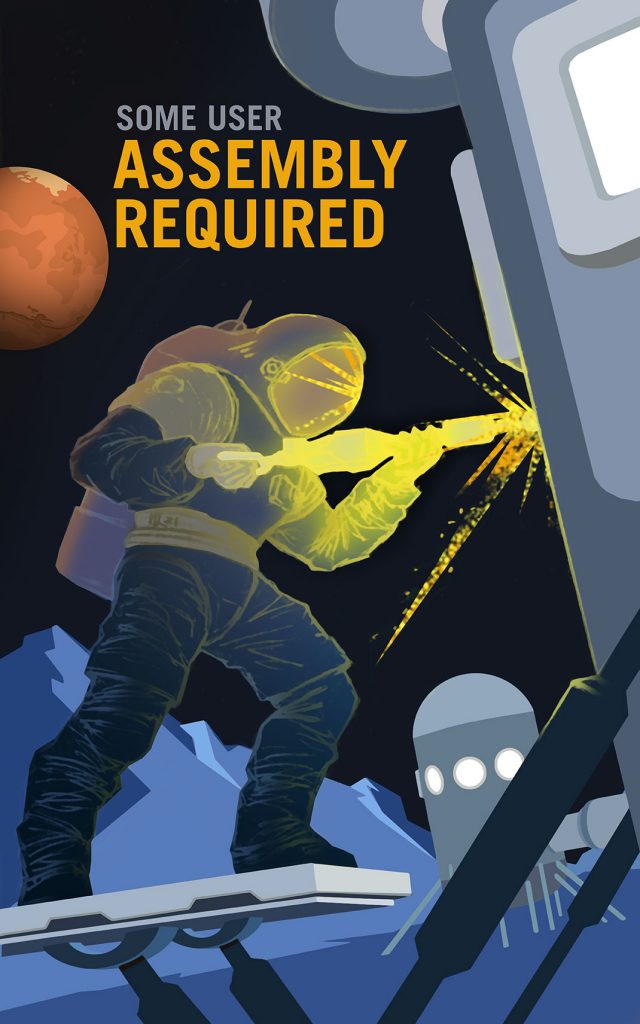 These posters are superb! They give the feeling that space travel is at hand. And yet, things are very complicated to become an astronaut, you have to go a very long series of technical and physical tests.